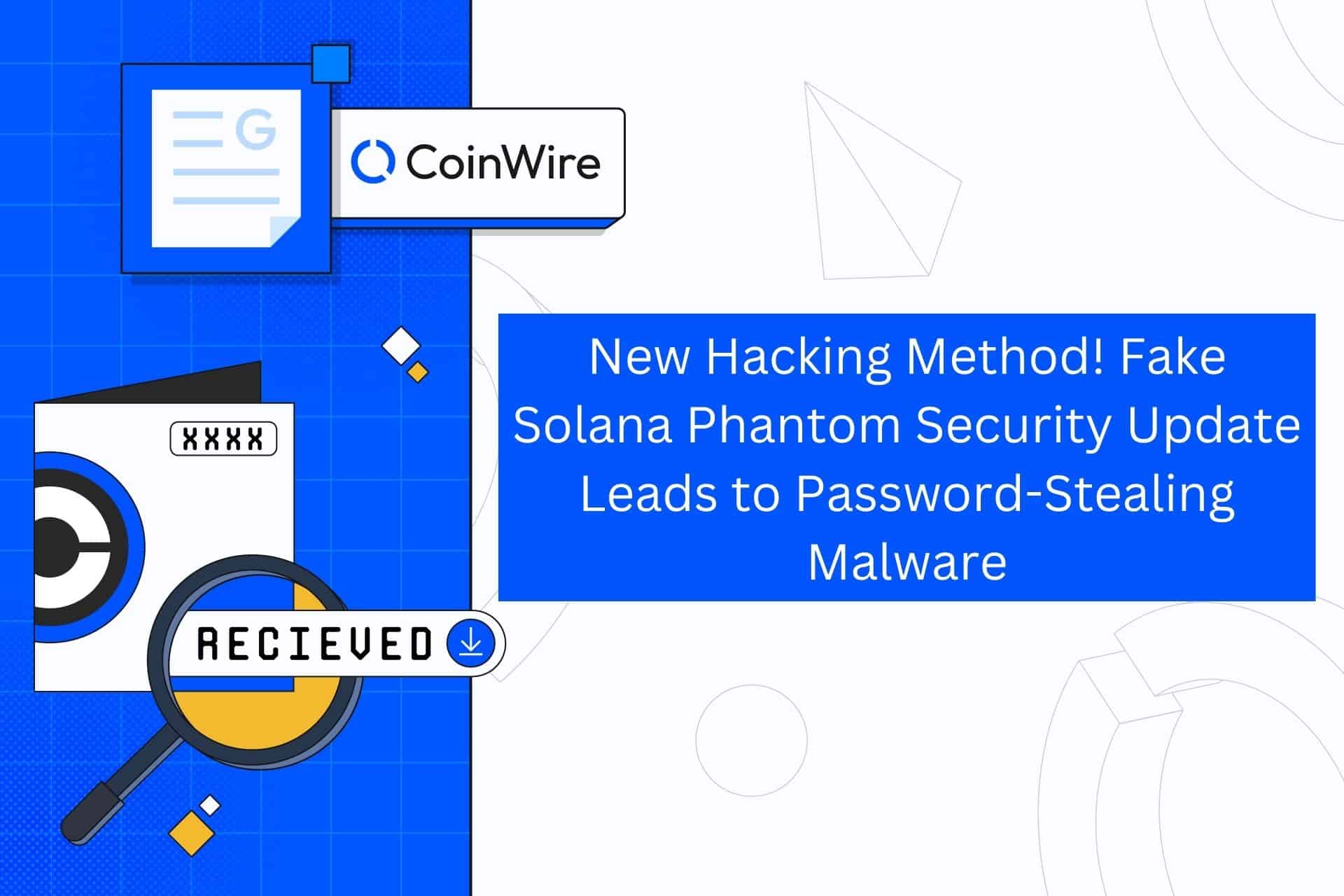 Following the Solana heist in August of this year, Solana is now facing another hacking threat disguised as a Solana Phantom security update. Aside from that, it was discovered that SOL had lost up to 85% of its value.

For the second time in two weeks, the Solana community has been targeted by unknown hackers. The alleged hackers distributed a bogus Phantom wallet security update via NFT airdrops, that seeks to steal money from their users.

Aside from the new hacking method, Solana has reportedly been following the path of Bitcoin’s price, and SOL has already lost roughly 70% of its value. SOL reportedly traded at $31 in the European session this week, after three indecisive weeks flatlining at critical support.

Fake Solana Phantom security updates are circulating in the cryptocurrency community, particularly in the Solana community. The aforementioned fake update is a password-stealing malware distributed by unknown hackers via NFT airdrops such as PHANTOMUPDATE.COM or UPDATEPHANTOM.COM.

This type of fake security update scam has been going on for two weeks now. The aforementioned airdrops pose as a security update for the Phantom wallet, and when users open it, they are directed to the malware. Once users download these bogus updates, unknown hackers will have access to not only their crypto, but also their browser information, history, passwords, cookies, SSH keys, and other personal information.

Users who have fallen victim to this bogus Solana Phantom security update are advised to take immediate security precautions. Users were advised to run an antivirus software scan on their computers. They were also advised to safeguard their crypto assets by changing passwords on sensitive platforms such as bank accounts and cryptocurrency trading platforms.

The unknown hackers encourage wallet holders to use the enclosed link or the listed website in addition to simply downloading the fake update. Many users are said to have downloaded the malware because it warns them that failing to do so may result in a loss of funds due to hackers exploiting the Solana network.

This phony Solana Phantom security updates scam is said to be linked to the Solana heist that occurred in August 2022, in which hackers allegedly stole $8 million from over 8,000 wallets.

SOL had a great year in 2021, as it saw a huge price surge that helped it be one of the top ten coins by market cap during the bear market in 2021. SOL reportedly reached an all-time high of $260 in November 2021. However, SOL was unable to maintain its position as its price began to fall sharply in value.

When the year began, SOL’s value was only $170, and it even fell lower in January before finally rebounding in the following months. However, when the months of May and June arrived, the price continued, and many other cryptocurrency struggled to stay afloat.

SOL has already lost 85% of its all-time high price and has reportedly dropped by $28 since mid-June. SOL’s price recovered in the weeks and months that followed, and it is now trading at $ 31.51 at the time of writing.

Aside from its performance, Solana’s hype and popularity were thought to be rooted in the role it plays in the NFT space. For nearly two years, Solana has been known as a place of construction or creation for NFT collections. Solana is now the second most popular blockchain for NFTs, after Ethereum. This has greatly contributed to the SOL token’s massive price gains.

Despite these accomplishments and stellar performance, SOL was not immune to the bear market, losing more than 85% of its value. Solana’s bumpy journey during the bear market was shared by other altcoins; however, SOL managed to remain in the top ten cryptocurrencies by market cap.

In August, Solana rose to the top of the Twitter trending list, not the cryptocurrency market. Many users have tweeted about losing their funds, and Solana-based hot wallet users have been advised to move their funds to cold wallets. Additionally, some users began to report an alleged hack.

The issue was said to be caused by the Slope mobile wallet applications, but there was no evidence that the Solana protocol or its cryptography had been compromised. However, it has been reported that up to $8 million in funds have been drained from a number of Solana-based hot wallets. According to a blockchain investigator, the alleged hack could be the result of a “supply chain issue,” which was allegedly used to steal a user’s private keys from affected wallets.