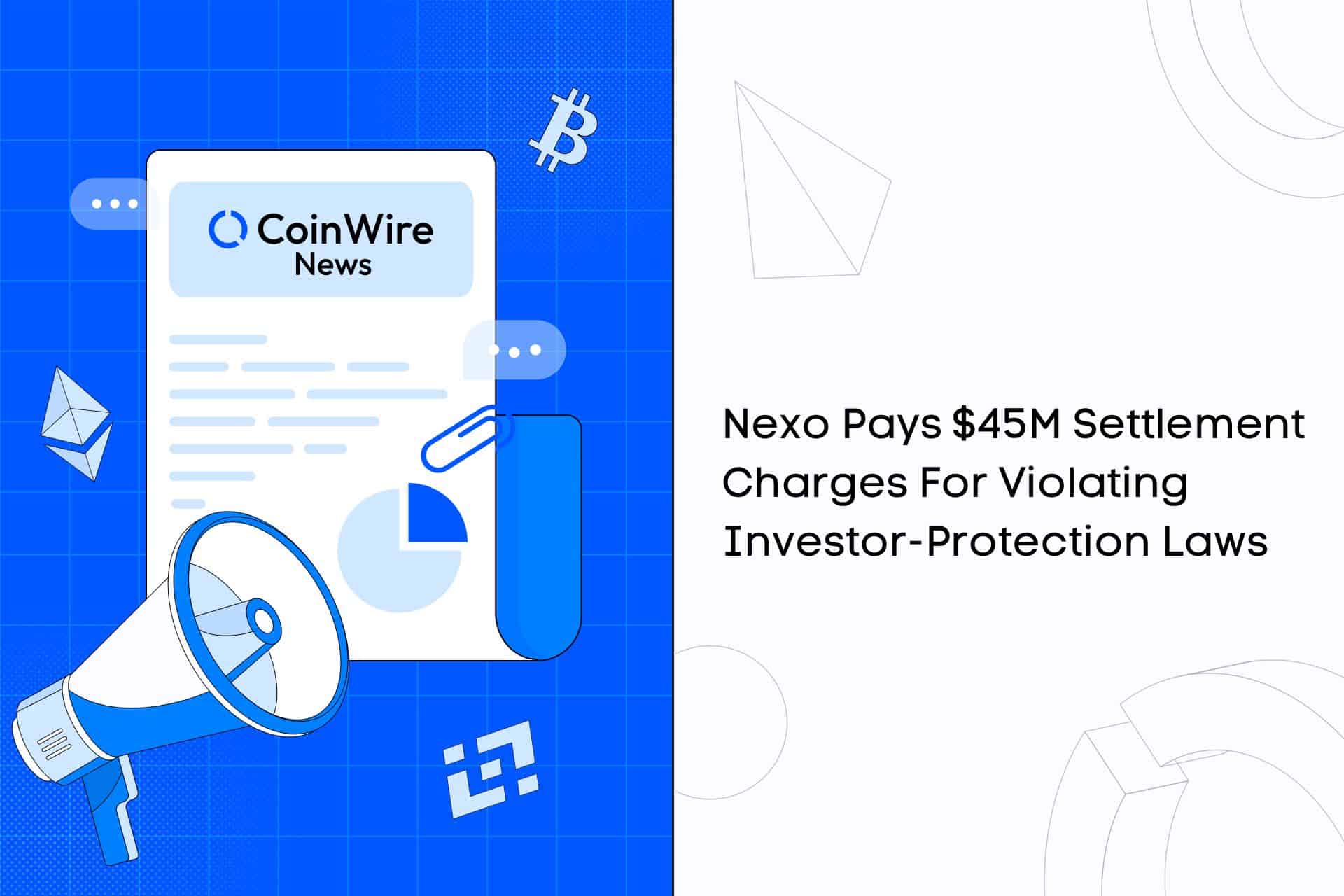 Nexo, a cryptocurrency lending company, agreed to pay US regulators a total of $45 million as settlement for failing to register the sale of its Earn Interest Product.

Nexo has agreed to pay a $22.5 million fine to the US Securities and Exchange Commission and the North American Securities Administrators Association for breaking investor protection regulations, it was reported.

Furthermore, the relevant cryptocurrency lender has agreed to stop selling and distributing its Earn Interest Product, according to information provided by the Securities and Exchange Commission. As of 2020, users were able to submit their cryptocurrency holdings in exchange for interest rates that were among the highest in the market. This was the first offer made to US consumers.

Additionally, the Securities and Exchange Commission declared that the product qualifies as a security; as a result, Nexo was required to register with the commission. Gurbir Grewal, the director of the SEC’s Division of Enforcement, said that they were more interested in the economic realities of offerings than the labels that were attached to them. Which includes the fact that crypto assets are not immune from the federal securities laws as part of that reality.

He continued by saying that regardless of how they refer to their individual products, any organization offering or selling products that, in accordance with existing laws and legal precedent, qualify as securities must be subject to those laws and comply with them.

In a news release, Nexo claimed that the settlement was on a no-admit-no-deny basis. Which, in essence, meant that the aforementioned cryptocurrency lender did not admit nor refute the accusations of malfeasance. The company’s co-founder, Antoni Trenchev, stated that they are already satisfied with the unanimous conclusion that put an end to rumors about Nexo and its ties to the United States.

The crypto lender will now be able to concentrate on what they do best, which is reportedly developing “seamless financial solutions for our worldwide audience,” he continued. It’s also important to note that local police recently conducted a raid on Nexo’s premises in Bulgaria.

Allegations of money laundering, tax evasion, computer fraud, and other crimes led to the alleged raid. The corresponding crypto lender had a flood of withdrawals as news of the withdrawals broke.