Next to Face Liquidity Crisis? Crypto.com’s CRO Continues to Dip 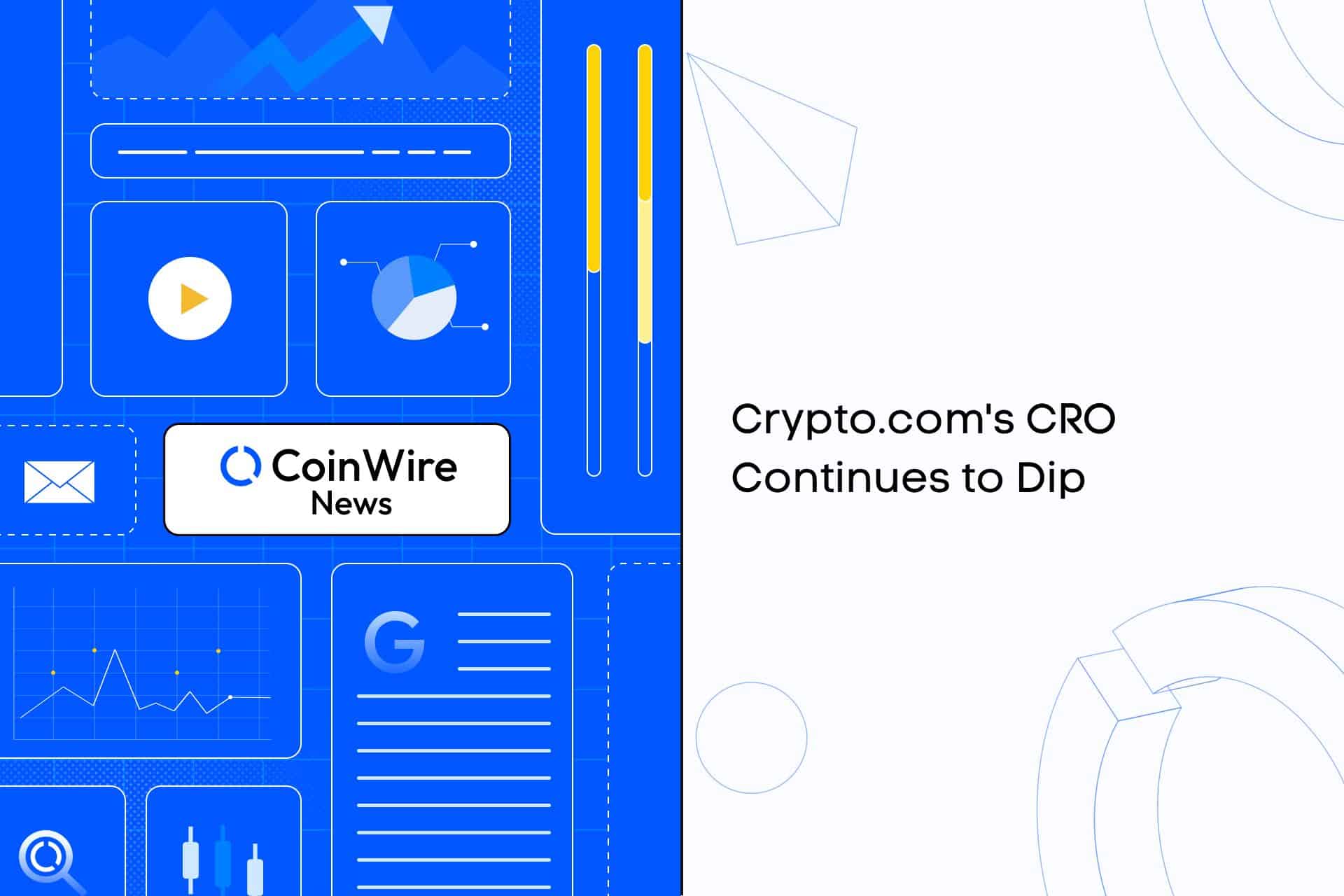 The crypto winter has arrived, as its effects have been felt both in the crypto and NFT space, and it has had a significant impact on several tokens, one of which is Crypto.com’s native token, CRO, which has dropped by 45%. Furthermore, it has been observed that the daily volume of this Singapore-based exchange — Crypto.com — has dropped to $284 million this past October, far below its previous year’s highs of around $4 billion.

Users and investors are beginning to withdraw funds from the platform, and it has been suggested that Crypto.com may follow in the footsteps of FTX in a liquidity crisis. This claim was quickly debunked by the platform’s CEO, Marszalek, who stated that Crypto.com has a strong balance and that its exposure to the collapsed crypto exchange platform FTX is limited to $10 million.

The CEO then clarified that they had already recovered $990 million from FTX, and he also stated that fund flows between exchanges are an essential part of the business. Crypto.com is about to undergo an audit, but its CEO expects it to take some time because audit firms “don’t work at crypto speed.”

The CEO then emphasized the importance of collaboration between their platform and the crypto industry in order to achieve full transparency and progress. He stated that the issue of users withdrawing their funds was already expected.

Marszalek also claimed that Crypto.com’s native token CRO was never used as loan collateral, in contrast to what happened with FTX and Alameda, as well as FTX’s token, FTT. He then claimed that because their company is cash flow positive, there is no need to raise funds.

There have been numerous red flags raised on Crypto.com, leading the community to believe that it may be the next platform to face a liquidity crisis. One of these is the recent Gate.io incident in which Crypto.com sent $400 million in ETH and claimed that it was an accident.

However, this is not the first incident in a row, as Crypto.com previously transferred a sum in the millions in August. The transaction sent $10.5 million to a woman in Melbourne and took seven months to be reported.

Although Marszalek has admitted their mistake, many crypto Twitter users remain skeptical that this incident was part of a scheme to boost Gate.io’s holdings before its proof of reserves was published. The CEO repeatedly refuted these allegations, stating unequivocally that they have no substance.

Along with the drop in the price of the CRO token, Crypto.com’s funding fell by 3%. A funding rate is defined as the recurring payments allegedly made by traders based on the difference between futures and spot market prices. A positive funding rate means that bullish traders pay bearish traders, which represents

their belief in a price increase

A negative funding rate, on the other hand, means that short traders pay long traders to keep their positions open. This is what happened yesterday, November 14, when CRO’s funding rates on Huobi and OKX dropped to minus 3%.

Dylan LeClair, senior analyst at digital asset fund UTXO Management, warned last November 13 that when CRO funding rates were near minus 2%, it was the same event that preceded the collapse of Celsius and FTX.

CRO is Not a Collateral for Loans

The CEO of Crypto.com then reiterated that his platform has 70 million users, has less than $10 million in FTX exposure, and has never been used as collateral for loans. As a result, the coin’s price increased by 4%, according to CoinGecko data.

Crypto.com’s CRO token was named after the Cronos blockchain, and holders of the token received loyalty and usage bonuses such as reduced trading fees. It peaked at $22 billion in November 2022 and has since dropped by $2 billion.

Crypto.com is one of several companies that have been impacted by the current market conditions and have been forced to lay off employees. After Matt Damon promoted the exchange platform’s app, it became popular in a number of countries.

The exchange was also said to have sponsored motor racing as well as the FIFA World Cup in Qatar. It has also acquired the naming rights to the Staples Center, which has been renamed Crypto.com Arena. Its CEO expects the exchange’s “proof of reserves” to be released in the coming days, proving that the company’s assets are intact.