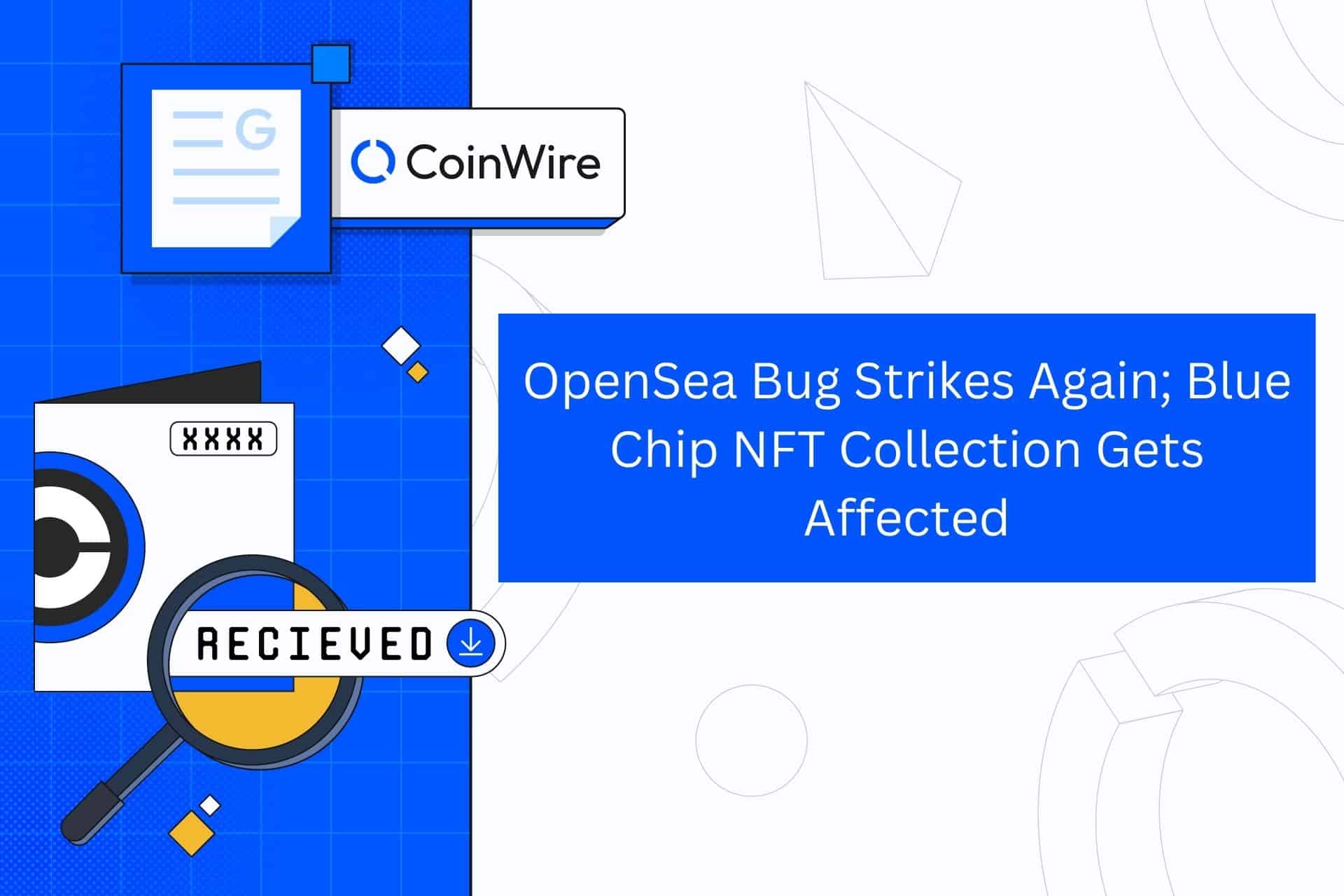 Blue chip NFT collection, Azukis holders, had a bad last day of September, as they awoke to an email from OpenSea allegedly informing them that the NFT collection would be delisted from the NFT marketplace.

The aforementioned blue chip NFT collection was on the verge of fall due to the delistment incident, but surprisingly maintained a consistent floor price of around 10 ETH. Following the tweet from the Azukis team, OpenSea announced that they are already working on relisting the project on that day. This is another case of an ‘accidental delisting’ of a major project on OpenSea.

The Delisting Incident and Its Possible Impact

On September 30th, one of the largest and most successful NFT collections — Azukis — tweeted about the current situation. The team stated in a tweet that the delisting emails sent to Azuki holders had arrived and that they had already contacted OpenSea about the matter.

In the same tweet, the team speculated that they are experiencing the same problem as the Bored Ape Yacht Club did with OpenSea earlier this year. OpenSea worked quickly, and the delisted NFTs were restored to their rightful owners’ wallets only an hour and six minutes after the Azukis’ team tweeted. OpenSea issued a statement claiming that the delisting was caused by their Trust & Safety flagging system.

Several theories circulated in the NFT community during the incident about how OpenSea’s error could have affected the NFT collection Azukis. Fortunately, the NFT collection’s floor price remained unchanged both before and after the delisting incident.

Despite the fact that the NFT collection has been reinstated on the respective holder’s wallet, the delisting issue is still a win-win situation for both the Azukis and OpenSea. The delisting has caused Azukis holders to fear that they will never see their respective digital assets again.

Because this is not the first delistment incident in the OpenSea, there is a strong possibility that the community will lose trust in this renowned NFT marketplace, especially since there was no apparent reason for the said delistment.

Aside from that, the entire buying and selling of the said NFT was halted during the delisting period. This could potentially lead to a drop in the collection’s floor price, especially if users blame the NFT collection’s creators. In such cases, both the project and the marketplace are likely to lose the trust of the crypto community.

Other Delistment Incident in OpenSea

The Azukis NFT collection was not the first instance of delisment in the OpenSea; in fact, the same incident occurred earlier this year. Not Okay Bears, a non-fungible token (NFT) collection based on Solana, has been released in OpenSea and LooksRare. The NFT collection reportedly dominated the NFT marketplaces within hours of its release.

However, these did not last long in the OpenSea, NFT marketplace sales, as it was delisted after millions of dollars in sales. Holders were outraged by the sudden delisting of the said NFT collection, as they were unable to trade on the largest NFT marketplace at the time. The NFT collection was eventually relisted.

A month later, in June, as a Bored Ape Yacht Club NFT collector was going through his collection, a message about the delistment of the said NFT appeared. According to the report, the renowned marketplace disabled the aforementioned digital assets because it was allegedly “against the Terms of Service.” Hours later, OpenSea quickly resolved the issue and claimed that it was due to a technical error.

These delistment and bug problems are not the only ones that have occurred in this well-known NFT marketplace. OpenSea’s main Discord channel was reportedly hacked in May of this year. In several of their Discord channels, the hackers were able to post malicious links. The NFT marketplace claimed that it immediately addressed the issue in order to prevent further damage.

According to the report, they immediately removed the malicious links and bot accounts from the channels. They also notified their community through their Twitter support channel. During the preliminary investigation, OpenSea claimed that the attack had “limited impact” on its users.

However, a month later, they issued another announcement warning users to be extra cautious when clicking links within their Discord channels as they may encounter alleged phishing scams as a result of the security breach.

Another issue in the NFT marketplace is alleged plagiarism. OpenSea announced earlier this year that the number of collections users could mint would be limited to 5, with a maximum of 50 pieces in each collection. Following that, they admitted that a large proportion of the items created with this tool were either plagiarized works, fake collections, or spam.

These are just a few of the issues that the renowned NFT market has encountered this year. These challenges have increased the pressure on the cryptocurrency market, but there is still room for improvement, and OpenSea is gradually moving in that direction as they introduce new projects that could help improve the NFT space.