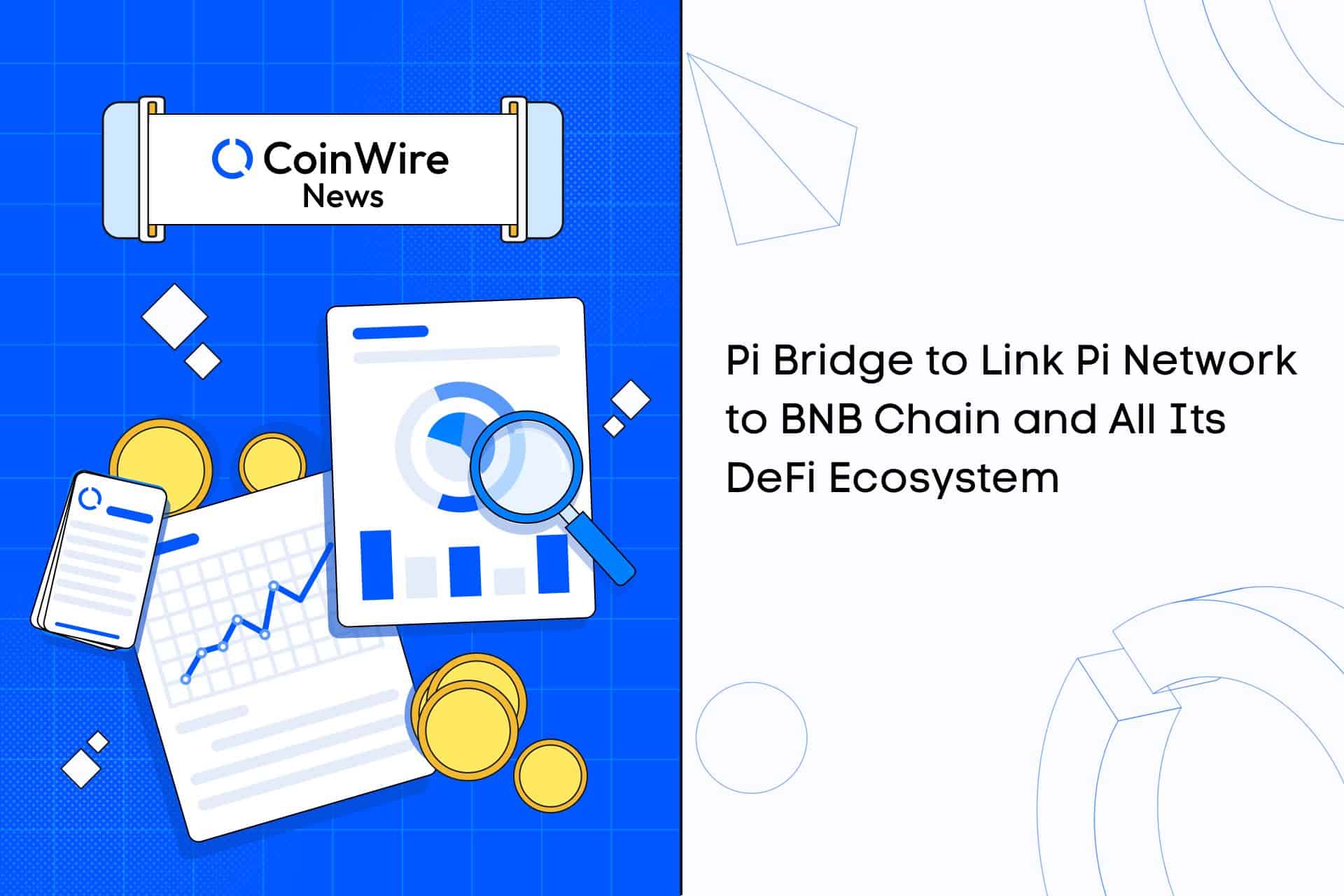 The Pi Bridge utility token, also known as Wrapped Pi, was introduced in an effort to link the BNB Chain to the Pi Network. The aforementioned utility coin will be available for trading on PancakeSwap and will be monitored by CoinMarketCap; as of the time of writing, it is currently trading there for $4.04.

The report claims that the Wrapped Pi’s pricing is speculative and does not accurately represent the current worth of Pi. The aforementioned utility is anticipated to have a 1:1 ratio with Pi Coin, i.e., a Pi Network Pi Coin is locked after the creation of one WPI.

As was already indicated, the fundamental objective of the utility token Wrapped Pi is to connect the Pi Network to the BNB Chain and its associated Defi ecosystem. As a substitute for the native Pi Coin on the BNB Chain, this utility coin is regarded as an unauthorized token. With that said, the Pi Network core team has not officially established a link.

As soon as the mainnet of the Pi Network is operational, Pi Bridge is considered to be connected with the Pi blockchain. According to reports, the alleged Pi Bridge is the location of a decentralized application with capabilities for farming, staking and earning, lending, and e-commerce that is accessible on iOS and Android.

According to the Pi Bridge’s document, it also plans to connect chains like Polygon and Cosmos in the near future. The same paper stated that more DeFi products, such as liquidity pools, are intended to be developed for Wrapped Pi on BNB Chain in addition to other bridge chains. The Pi Network and the Pi Community are thought to operate well along with the BNB Chain.

The reported pairing of Pi Coin and USDT, which goes live on XT.COM, is said to have a significant influence. At the time of writing, it had increased by more than $7, despite the fact that the aforementioned pairing had previously fallen in the XT.com innovation zone.

A mere 48 hours after declaring their intention in offering the native coin of the Pi Network, XT.COM has already published the PI/USDT pair. According to the XT.COM release from December 28, the aforementioned pair only began trading at 3:00 on December 29. The PI will officially be listed on XT.COM, according to the aforementioned release, and the trading pair PI/USDT was opened in the Innovation Zone (Hot Coin).

The Pi Coin, the native token of the Pi Network, has recently been the subject of buzz, according to recent reports on Coinwire. prior to the mainnet launch without prior notice, the aforementioned coin was listed on numerous centralized exchanges. The Pi Network community appeared to have reacted to this with conflicting views.

The Pi Core Network team has said clearly that the aforementioned listings were illegal and that no one on the company is knowledgeable about them in light of the hoopla and confusion. Additionally, a disclaimer at the top of the Wrapped Pi’s CoinMarketCap website notes that Pi Network has recently been the subject of controversy.

The Pi Network and the Pi Bridge

Pi purchasers and enthusiasts were also warned regarding the price instability, and it was apparently classified as “To Be Determined” for the said launching of the relevant pair, which is not acceptable for deposit or withdrawal. It was reported that the deposits and withdrawals wouldn’t likely arrive until the Pi Network’s Open Mainnet, which has no set debut date.

The Pi Network community hailed the decision to post Pi Coin on XT.COM as the first official website as a major and important development. Huobi came in first and said that it will watch the Pi Network’s mainnet updates, while XT.COM came in second in terms of exchanges that have expressed interest in Pi.