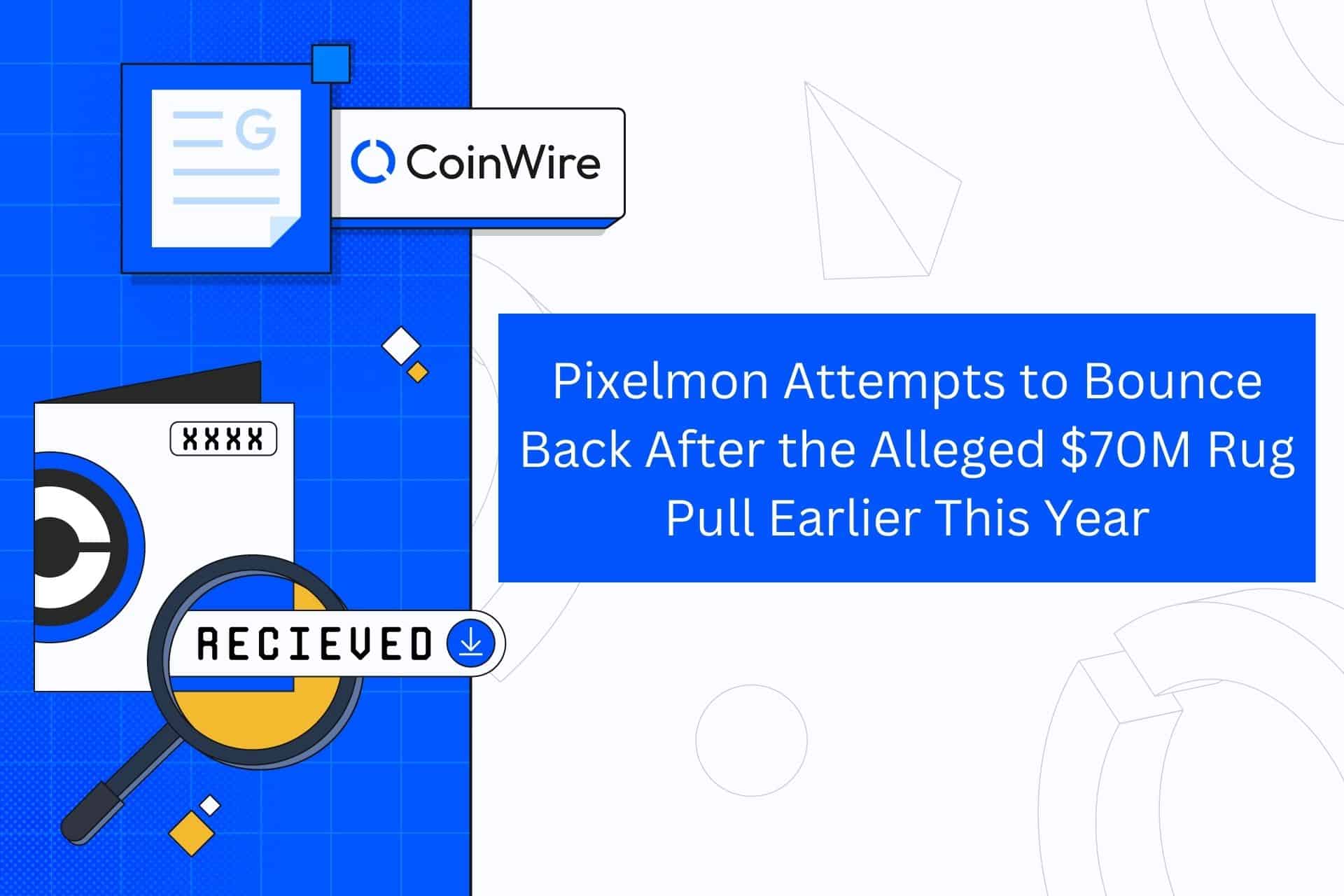 In March of this year, Pixelmon allegedly pulled the rug out from under their customers. The Pixelmon team produced poor art despite successfully marketing the project and generating more than $70 million in sales. With LiquidX as its new developmental leader, the project is anticipated to recover.

An NFT project by Syberer named Pixelmon has been accused of ripping off its buyer earlier in the month of March of this year. This was owing to the project’s subpar artwork, which was referred to as “horrible mistake,” as well as the fact that it utilized development funds to purchase blue-chipchip NFTs, for which Martin van Blerk, the project’s creator, received extremely negative feedback.

According to reports, the project claimed to be “the largest and greatest quality game the NFT space has ever seen” and sold over $70 million worth on NFTs. The bar was set so high that afterwards the project turned into a laughing stock on Twitter after the game’s artwork was unveiled.

Shortly after the “horrible mistake,” LiquidX, a Web3 VC studio that supports the development of NFT-based projects, took over Pixelmon’s development. When LiquidX bought a 60% share in the project, Giulio Xiloyannis, its founder, was named the new CEO of Pixelmon. After the alleged rug pull in March, Pixelmon is anticipated to bounce back with this.

The Pixelmon development team began advertising the project as a triple-A gaming experience earlier in 2022. They also stated that they would be showcasing voxel art in a setting similar to that of Pokémon. The Web3 gamers were persuaded to contribute to this initiative simply based on these statements.

Despite having just been active for three months in social media promotion and having little known about it and the team behind it, the initiative made a successful debut. More than 8,000 Pixelmon NFTs reportedly became publicly available around February 7 according to reports. The initiative amassed 23,055 ETH, which was a staggering $70 million at the time, in less than an hour after the introduction of its mint.

The Pixelmon NFTs were released a few days later, and fans were disappointed. One of them is the well-known Twitter crypto sleuth ZachXBT, who expressed his disappointment with the outcome of the most anticipated and hyped project at the time. During this time, allegations were made against Pixelmon founder Martin van Blerk. Using Pixelmon treasury funds, the founder allegedly went on a “blue-chip NFT shopping spree.”

The project’s market value plummeted not long after the Pixelmon NFTs art was released. Despite this, some buyers remained optimistic, especially after learning that LiquidX had taken over the project.

LiquidX successfully took over Pixelmon’s operations at the end of the second quarter of 2022, after acquiring a 60% stake in the company. Pixelmon has relaunched with a new leadership team. Whereas LiquidX co-founder Giulio Xiloyannis was named CEO, Kendrick Wong, the firm’s co-founder and chair, will serve as acting advisor. Martin van Blerk, the Pixelmon’s founder, was announced as a non-controlling shareholder.

The team has also revealed their road map, revealing that the game will now be released as a massively multiplayer online role-playing game (MMORPG) with full Web3 capabilities. According to the new game developer’s plans, the previously sold collectible NFT monsters of Pixelmon will be converted into interoperable 3D. These monsters will be playable in the upcoming Pixelmon online game as well as other metaverse games.

The new game developer has upgraded and overhauled the artworks that were unveiled earlier this year and received criticism. The infamous Kevin, who was one of the most valuable Pixelmon NFTs, however, remained blocky and ogre-like.