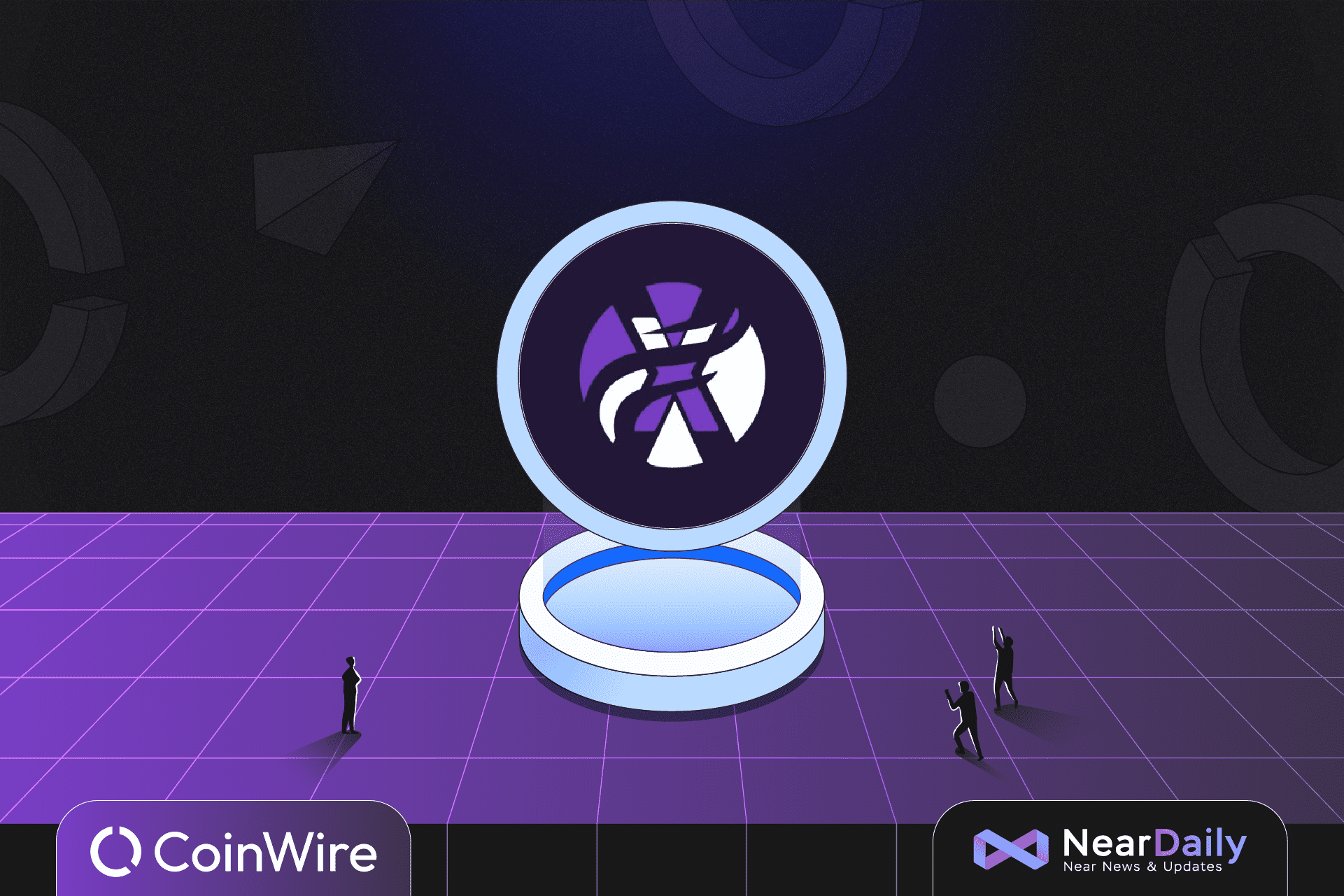 After ten months of development, Polaris Finance has finally released its “one to rule them all” enhanced seigniorage proposal, which is designed to inject large amounts of liquidity into the Aurora ecosystem. Despite the fact that a lot has changed since then, including a decline in cryptocurrency trust (FTX, etc.) and significant global financial worries, this project is still working to develop a decentralized protocol for the future.

Polaris is expanding beyond its original function as a DeFi liquidity protocol to become a fully decentralized exchange running on the most powerful EVM (AURORA) and the most advanced L1 blockchain (NEAR). This post will explain why $NEAR is the cryptocurrency of the future.

Once seigniorage was established as a source of funding, Polaris Finance was to be transformed into Polaris DEX. One of the most exciting developments in Defi was the August announcement that Balancer Labs AMM will be integrated with the seigniorage liquidity mechanism to power the DEX. After months of planning, visiting NEARCON in Lisbon to discuss the concept with Alex (CEO of Aurora Labs), forming new partnerships, and spending countless hours strategizing and developing the necessary features and functions, the Polaris Finance team has realized that partnering with NEAR / AURORA was the best decision they have made since launching the company in February 2022.

Which factors led to the team deciding to choose NEAR/Aurora?

You’ve probably heard about the scalability and sharding capabilities of NEAR, and you’ll be happy to know that AURORA allows Solidity smart contracts to be deployed on NEAR. Aurora’s developers have created “cross contract calls” despite the fact that EVM transactions are synchronous and NEAR transactions are asynchronous. This implies that protocols running on Aurora will have access to NEAR’s liquidity and vice versa. Think about the potential of Polaris when the cross-liquidity of Balancer’s AMM has been applied.

However, this simply addresses the problem of cash flow. More problems needed to be addressed.

The next problem will involve property.

In a multichain EVM / non-EVM environment, Polaris must establish bridges for investors to migrate across protocols and chains, despite the fact that it is on the greatest L1 blockchain, best EVM, and best AMM. It was great to meet the folks from AllBridge.io at NEARCON who are responsible for enabling Polaris to have cross-chain assets. With Allbridge’s help, the AURORA team will be able to add any native L1/L2 asset and create the Polaris DEX, a centralized exchange that will house the most major cryptocurrencies.

Coming up in the next issue: trading-features

Words like “limit order,” “stop loss,” “trailing stop,” and “take profit order” are familiar to them. These forms of tradfi orders are widespread on CEX and are gaining traction on DEXs. After Polaris DEX is released, tradfi orders will be included into it. Potentially, with improved trading features, they will go on to indefinite futures. even if this is still far off in Polaris’s future

When I said “launch”, did I not emphasize it enough? To begin, let’s examine…

What role does Polaris Finance’s seigniorage protocol play in this development? Let’s talk about the future of their common tokens, SPOLAR, the “one to rule them all,” xPOLAR, and vexPOLAR, the combined strength of the two.

Even while the original purpose of SPOLAR (Polaris Shares) remains same, its newfound application is exciting. When demand is too great and seigniorage assets are over the target peg, SPOLAR will continue to act as the “minter” of seigniorage assets. After December 15th, 2022, no more SPOLAR will be mined, and no more SPOLAR will be awarded from DAWN liquidity pools. In order to participate in the locking yield mechanism based on Balancer’s veBal (which is based on Curve’s veCRV mechanism), SPOLAR must be purchased from the SPOLAR/xPOLAR/NEAR (vexPOLAR) pool on the open market. People that put SPOLAR/xPOLAR/NEAR inside voting gauges are effectively removing it from circulation and increasing its value.

xPolar is a token used on the Polaris DEX that serves as both a reward and a form of governance, and it is also a component of the tripool consisting of SPOLAR, xPOLAR, and NEAR (vexPOLAR), which is the DEX’s most valuable pool. A total of 4,000,000 xPOLAR will be produced, with the available supply halved every two years.

In exchange for providing liquidity on the DAWN network, participants will be rewarded with xPOLAR, with vexPOLAR bribery in gauges influencing yield over time.

If you’ve been keeping up with their Discord channel, you already know that Polaris long-term investors will get 20% of the first year’s emissions (that’s 200,000 xPOLAR) as their reward. Daily screenshots were taken beginning August 8 and ending December 1.

Parts one, two, and three make up AIRDROP.

The idea is straightforward. xPOLAR was being accrued on all assets, whether they were being staked or retained. When you liquidated any of the aforementioned holdings, the xPOLAR you had accumulated was distributed among the other investors who had bought that asset.

The most recent snapshot was taken on December 1st, and xPOLAR will first become vested in the smart contract on December 24th (consider it as a small gift for their supporters). The 60-day xPOLAR airdrop has a linear vesting schedule.

The hardest problem with any DEX is keeping it going. In the present weak market, short gains are emphasized and assets are sold off, frequently at fire sale prices, putting sustainability on the back burner. The vote-escrow (ve) approach, however, locks tokens, distributes fees, and allows for voting on governance to guarantee long-term viability. Users have more influence over the protocol the longer they invest in veTokens. Reward distribution is determined by the locked stakers.

Thanks to Curve and Balancer, the vote-escrow (ve) model is well recognized, and naturally, the DEX is using the ve-model as well given that it is utilizing Balancer’s contracts. With Curve, you may lock your CRV token for up to 4 years, with Balancer, you can lock your BAL/ETH liquidity pool for up to 1 year, and with us, you can lock for up to 2 years; the longer the lock, the more influence you’ll have in the voting process. Due to the hybrid nature of their DEX (seigniorage + balancer’s AMM), they are staking both governance tokens (SPOLAR + xPOLAR) and NEAR.

The initial cost for all pools is 0.3%. (The price for each community-made pool may be adjusted by up to 10%. All protocol costs are split evenly between the DAO’s fee collector and the liquidity providers. Part of the protocol fee is used to compensate vexPOLAR stakers and keep seigniorage assets pegged.

With the help of Allbridge.io, they want to keep increasing the DEX’s asset selection over time, including seigniorage assets. Since Polaris Finance’s inception, every new asset has been accompanied by a seigniorage brother.

When Dex is released, users will get xPOLAR bonuses.

First and second quarters of 2023 are targeted for the implementation of traditional fi features.

After the first release, a steady stream of new assets (including seigniorage assets) will be introduced.

The launch, the vision, the future

So that all assets may be traded on a single, unified platform, they want to construct the greatest EVM on top of the best L1 blockchain with the deepest liquidity, interoperability between chains, and trad-fi features available.