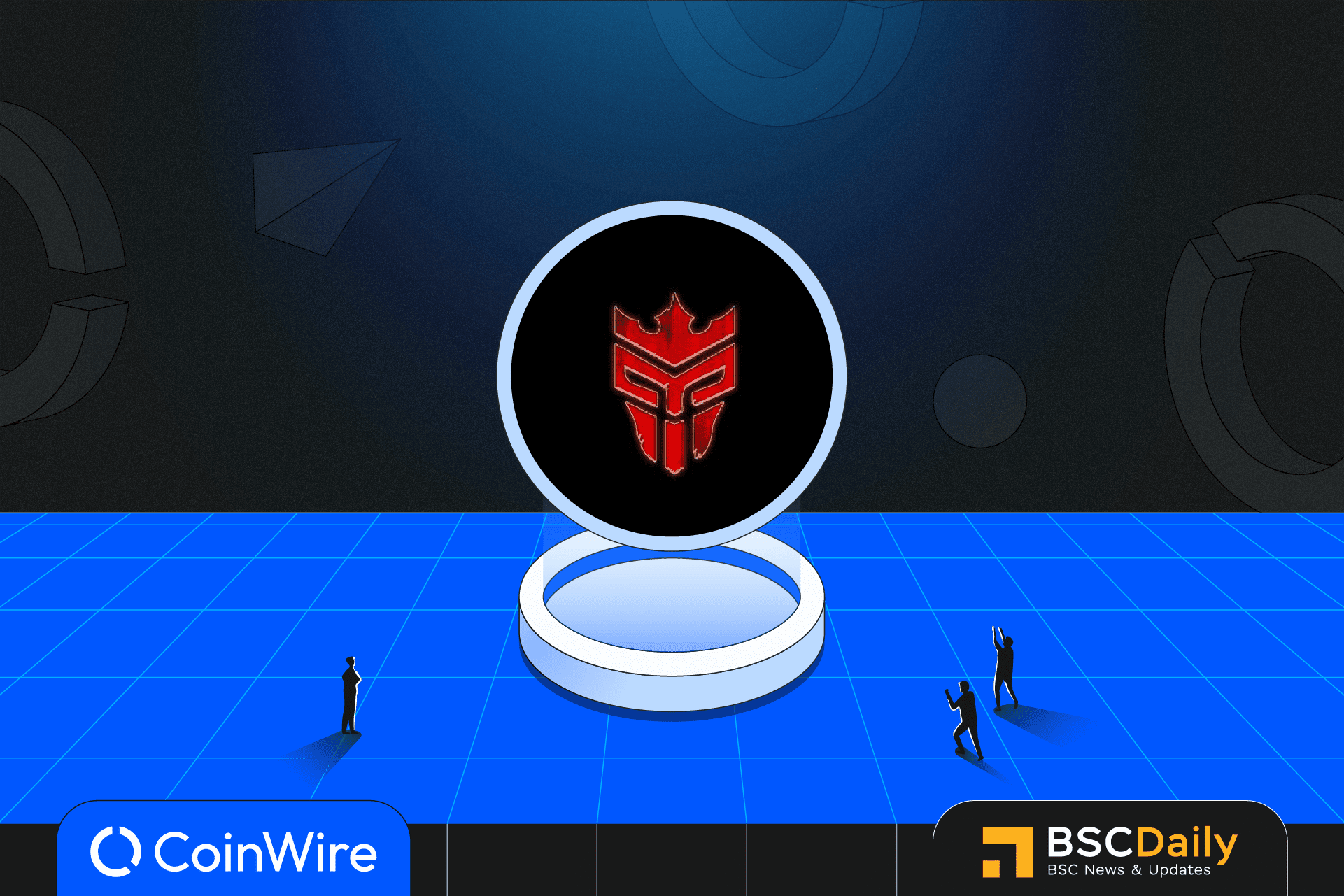 In recent years, digital work ownership assets, including images, movies, and other works in the form of Non-fungible Token or NFT, have attracted a great deal of attention and demand from a variety of generations. The saleable NFT work will be recorded on the block chain. Block chain is a digital ledger that supports networks for ETH, BTC, BNB, and other crypto currencies. Currently, NFT is not only used to sell digital assets, but also to enter the gaming industry, where it is utilized by players to increase their income via NFT Games, also known as play-to-earn, in which their game assets or rewards are transformed into real money.

Despite the fact that the Gamefi fad has momentarily abated, there are still a multitude of really alluring games ready to erupt. One of them is Polemos Arena, a new forthcoming Play-to-Earn game that has lately sparked a frenzy among gamers.

The game Polemos Arena is built on the Binance Smart Chain ecosystem. This game is an Auto Battler, with a gameplay idea that emphasizes both combination and strategy to maximize the number of heroes acquired. In terms of advantages, Polemos Arena differs from other auto battler video games. Polemos Arena is founded on the principle of Play-to-Earn, allowing users to earn a great deal of rewards by winning in-game battles. However, the appeal of Polemos Arena is likely the game’s incredibly innovative and engaging gameplay, which we shall describe in further detail below.

During the battle that takes place in the Polemos Arena, a checkerboard with formations of 8 by 8 squares is established. The ability of one player’s strategy to represent that of another player is the primary factor in determining the outcome of this game (including monster or another player).

You should prepare a number of different tactics to mix the elements and level up the heroes you utilize so that you can better defend yourself against an enemy’s onslaught. The hero may be strengthened in a few different ways. It’s possible that it will begin with a level increase, an upgrade to the armor or skin, or even more goods being given out. It is possible to raise the hero level by collecting three examples of the same hero, and the highest possible level for a hero is 3.

You will be presented with the option to choose between two different initial heroes at the beginning of the game. After that, you are free to begin the first session and defend yourself from the monster assault in order to amass cash. When it is all said and done, you will compete against the other players in the main game session.

The level (star), item, combo effect, and synergy between the heroes in the combat arena all contribute to the total amount of damage done (a reduction in the quantity of health points possessed by the adversaries) that is dealt throughout each and every fight.

The three modes that are currently available in Polemos Arena are Main Battle, Classic, and Tournament Event.

Main Battle is a kind of causal role playing in which players battle against one another to survive and destroy the opponent’s deck line up at an equal level. In addition, players will fight monsters during some sessions.

Players may practice their strategies in a mode called “Classic,” which is designed to encourage them to develop their own unique approach to the game. In this mode, players have the option of competing against either other humans or computers, and they also have complete control over the amount of challenge posed by the AI.

A tournament event is a mode in which players fight against one another in order to emerge victorious over a group of other players. The player-versus- player fight mode takes place on a bespoke arena and has a play-off system.

And here must be the section that you are looking forward to the most: the arrival of the heroes in the game. This is another aspect of the game that is fascinating to consider. The hero management system that is used is the primary focus of the Poles Arena aspect. Every participant is only allowed to choose a maximum of six different heroes to use during the game. Because of this limitation, you have the difficulty of coming up with the best possible synergy with just these six spaces. This synergy will have an effect on combos, which will assist you in winning the fight.

It is possible to amass a combo on Heroes by achieving elemental parity across all of their races. Orcs, Elves, Humans, Demons, Beasts, and Mutants are the six categories of heroes that may be encountered. Each race contributes a unique dynamic to the overall synergy. There are six different sorts of elements, and they are as follows: fire, water, wind, and wood and rock.

His experience in martial arts is contributing to the development of his formidable persona. A movement that he has is both strong and simple to combine into a combination. This character is equipped with a variety of low attacks, some of which may be paired with his wind power. Even in such a case, the assault can still leave certain openings for the adversary to react in.

Mythological Centaur Maximus has the physique of a half-horse and is a heroic figure. The barriers of your adversaries may be broken down with the application of talents using wood and sticks.

Kenzimatshu is the name of a Devil Land resident who is an expert with the flaming sword. The Japanese make exclusive use of a sword known as the fire sword, which belongs to the fire demon clan and has been handed down through the years (a place where Kenzimatshu Clan come from). The flame that is contained inside the sword will never go out, which means that it will always have the ability to slice and burn an opponent.

This individual has a devil gene, which stores their electrical power inside their blood. By distributing electrical flow around the battlefield, Voltagon is able to hit and assault all of its foes.

Neos is capable of destroying whatever it comes up against. This character is strong and active, and they have the ability to cause confusion among their foes. Neos is able to provide a helping hand to its teammates and more readily prevail in battle by using water as its primary source of power.

Even a creature made of rock like Lavarog is susceptible to its power when it comes into contact with the body. There is no question that the use of his strength poses a significant risk to the adversaries. Lavarog is equipped with a potentially lethal down attack. Even when combined, the assaults have the potential to provide the player more control over their opponents’ movements. This character is also capable of defending against an assault from an adversary, and as a result, they might be an extra defensive option for the ally.

Polemos Arena also contains elemental drop goods or equipment. The hero who equips themselves with this item or item set will see an increase in their strength or damage as a result of using it. The gear may be purchased, but it is only obtained following a successful combat against a monster.

Following the conclusion of the battle, you will have the opportunity to equip the equipment with one of three different items. At this time, the Polemos Arena has four distinct categories of equipment: Physical, Magic, Defend, and Support. In addition, there are six different types of heroic elements: fire, wind, wood, thunder, water, and rock.

The Battle Arena is an important part of the gameplay in this game. The layout of the Battle Arena is similar to that of a chess board, with squares arranged in an 8 by 8 grid. For the time being, the Polemos Arena is laid out in three distinct varieties, each of which has a particular set of characteristics: 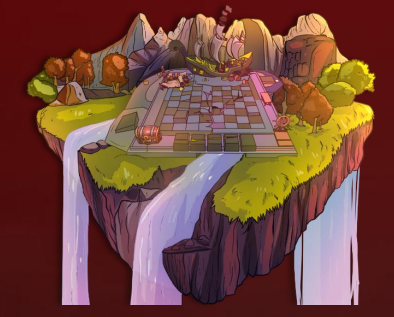 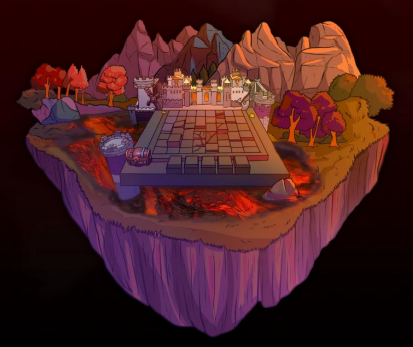 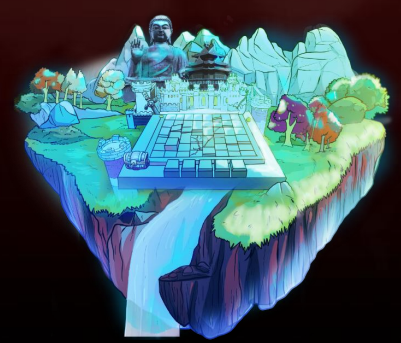 In addition to this, it is meant to be visually appealing so that gamers would like engaging in combat in the Polemos Arena.

The reward system in Polemos Arena is rather unique and entertaining for the players. Coin Pole is the in-game money, and it may be used on purchasing heroes, skin, and level upgrades. Coin Pole can also be used to pay for other in-game expenses. The players may earn a great deal of value in the form of Coin Pole in a variety of different methods.

If a player emerges victorious from a fight, they will get an amount of coins according to the cost of admittance into the arena of their choosing. In addition to this, Polemos Arena will be holding major events in which players may participate to win additional benefits such as the Coin Pole and free items.

On the official website of Polemos Arena, the following information on Tokenomics may be found:

Plans and strategies are essential for the long-term success of any endeavor. So, without further ado, here is the crystal-clear, straightforward plan for Polemos Arena:

Keep up with Polemos here so you don’t miss a thing: