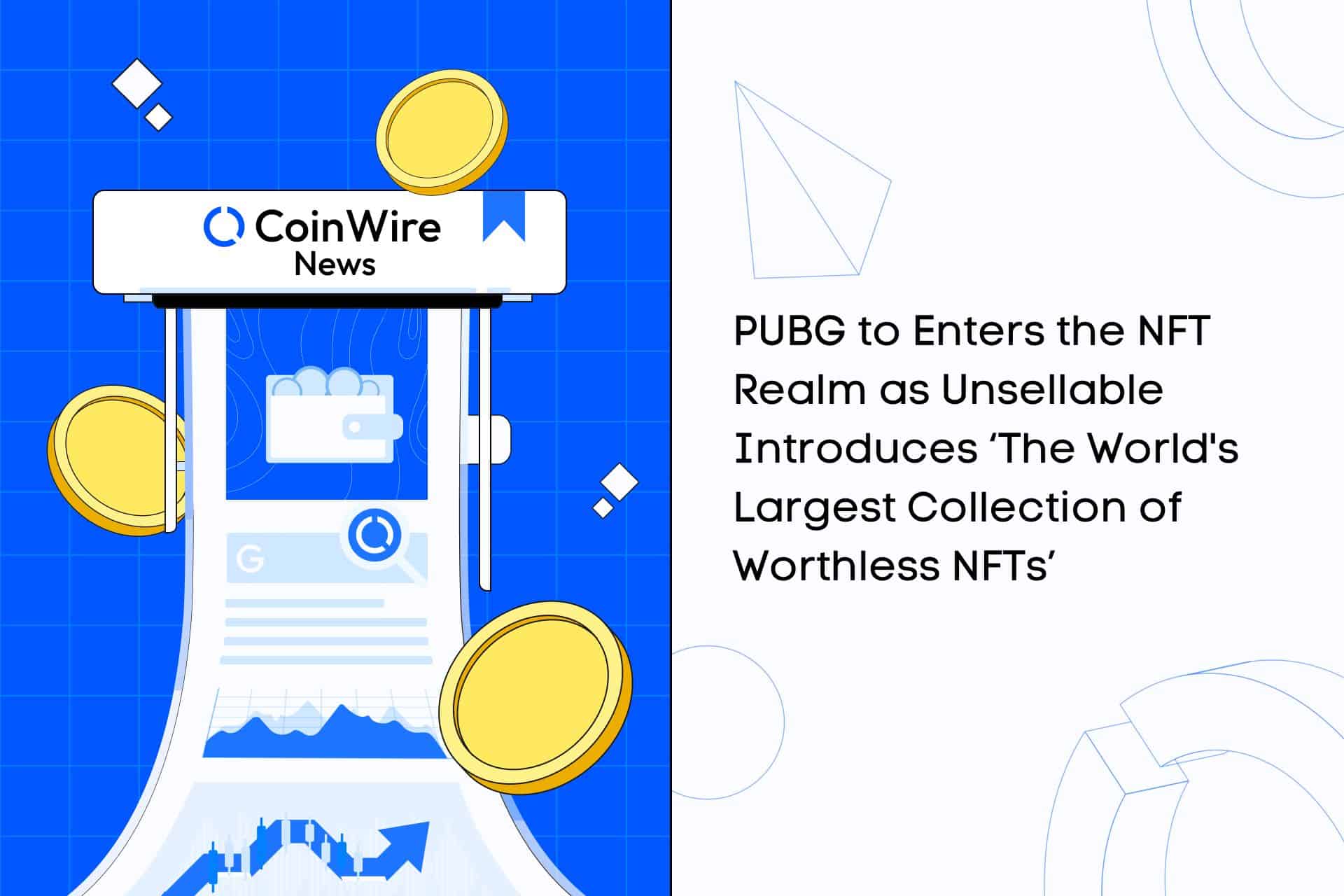 PUBG, the popular free-to-play battle royale video game, is incorporating NFTs into its ecosystem, thanks to a collaboration with Banger. According to the report, the Banger, a platform specializing in integrating non-fungible tokens into the ecosystems of various games, will handle the blockchain aspect of the said development.

Participants who have previously signed up for the PUBG NFT integration are certain to be eligible for a unique Banger digital collectible that cannot be traded but remains unique because it is a sign made and sent by Banger specifically for the alpha test participants.

The License to Kill, Kill Frenzy, and Ghost Killer challenges are the three available in the Banger Alpha test. The players can kill as many people as they like in the first challenge, “License to Kill.” Extra points are given for landing the perfect headshot, and the bigger the kill total, the higher the rank of the individual.

In contrast, Kill Frenzy works like a line; the key distinction is that the player is free to run over individuals without needing to keep track of how many. The player who runs over the most people will receive the most points in this challenge, according to the main rule.

And for the Ghost Killer, it has a sniper and it requires players to kill enemies from a distance, in which the player who must shoot from the greatest feasible distance will be awarded the most points.

The Chief Product Officer of Banger, Nicolas Gonzalez expressed his appreciation of the alpha test and claims that collaborators like PUBG would really benefit from the integration of NFT mechanism and the best part is no initial investment is required, and it does not affect the player’s experience at all.

In addition to the alpha test, Banger anticipates building a second full home with additional features and Limited Digital Collectibles that may be purchased and worn as a sign of participation in Banger’s development.

The risk of having the function constructed and maintained in-house is increasing, in addition to the ongoing crypto winter and blockchain-related scams. Contrarily, businesses like PUBG are always looking for a white-label platform that can manage NFT integration, as well as its security and supplementary maintenance.

The gaming industry is constantly integrating NFTs on their respective platforms, this move greatly helps in making the virtual world more interactive and interesting. According to the report, players were observed to have a desire in possessing a virtual asset. Furthermore, these virtual assets are either traded or developed to increase their value. This movement proves that the gaming industry is constantly innovating to retain their players, as the NFT industry gears towards wider expansion.

2021 was the best year for NFTs and cryptos, as back in that year prices of the respective digital assets were skyrocketing, however 2022 can be considered as a nightmare due to the crypto winter, in which prices were seen to have fallen leading to several collapsed and crashed leaving the digital assets worth almost nothing.

This circumstance is indeed a pain for all the investors, but with the new innovation brought by the platform, Enter Unsellable, investors were able to bounce back a little. The respective platforms have launched an initiative aiming to acquire “worthless” NFTs for the cost of gas plus a few bucks.

The respective site is deemed to function as an instant liquidity. This initiative aims to provide a quick way for NFT investors to capture their losses. The website of the initiative claims that they may be viewed as a “Web3 junk removal.” As of the time of writing, the service has so far purchased over 9,300 NFTs.

In which the most valuable NFT in the Unsellable Collection so far is the Army of the Dead #78, which a skeleton-themed PFP, that was sold for over 3.6 wrapped ether back in January, 2022, the time when ETH was worth more than $3,000 making the said NFT worth $12,000.

In addition to selling their individual digital assets, individuals can also sell large quantities of NFTs that they no longer need. Several NFTs from the GoopGirls collection, as well as other items, were reportedly sold by a single collector in a single transaction. Given that many traders and investors are already looking for strategies to reduce their losses, the platform’s popularity expanded quickly.