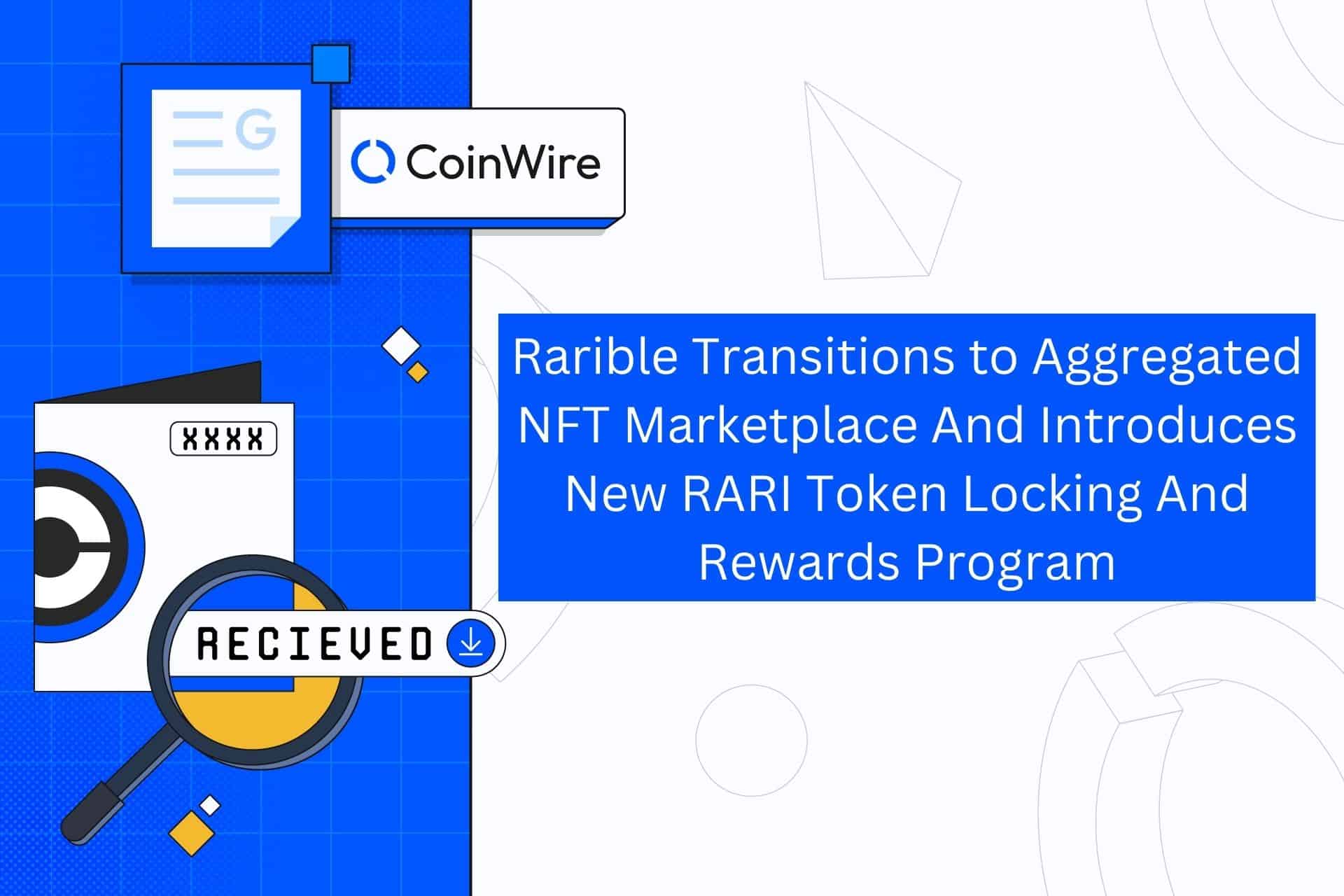 As a first step towards decentralizing the platform, NFT Marketplace Rarible is updated. The Rarible 2 version converts the platform into a combined NFT marketplace and adds a new RARI Token Locking And Rewards Program.

Rarible, a non-fungible (NFT) marketplace powered by Ethereum, announced on October 20 that its platform had undergone an upgrade and is now known as Rarible 2. New aggregation tools as well as their new RARI token locking and rewards scheme are introduced in the aforementioned upgrade.

Utilizing the aforementioned new aggregation methods, NFTs from throughout the Web3.0 area will be displayed. With this upgrade, users will be able to view and buy digital assets backed by Ethereum from a variety of vendors, including Rarible, OpenSea, LooksRare, X2Y2, and Sudoswap.

The upgrade also includes the launch of their most recent mechanism, which enables users to lock up their RARI, the native token of the Rarible marketplace, in order to receive rewards and incentives for participating in the ecosystem.

With the release of its Rarible 2.0 update, Rarible is now formally a combined NFT market that obtains its Ethereum NFT listings from rivals like OpenSea, LooksRare, X2Y2, and Sudoswap. The simple implication is that consumers are now free to browse and see the best NFT pricing displayed in various places to aid them in purchasing such items, all without paying any further fees to Rarible.

The NFT platforms they previously had, according to Alex Salnikov, chief strategy officer and co-founder of Rarible, are “siloed,” which basically implies that the above-mentioned platforms are disconnected from one another. He continued by saying that the secret to improving it is aggregation. Because it creates an environment where users can easily access the best NFT prices via a single interface.

This update is reportedly based on a DappRadar research that said that there are ongoing “marketplace battles” in the NFT area and mentioned the acquisition of aggregator platforms by key marketplace platforms in the Web3 domain, including Uniswap and OpenSea. The distinction is that Rarible changed its service to an aggregation-based model while Uniswap and OpenSea acquired external aggregators.

In addition, Rarible 2 offers a number of new features, such as the ability for users to add several NFTs to a “shopping bag” that functions similarly to Amazon’s shopping cart by enabling users to buy multiple digital assets at once while significantly reducing associated transaction costs.

As part of this transition, the RARI DAO has also implemented RARI locking, a feature that enables users to lock up their RARI, the marketplace’s native token, in order to get rewards and incentives for taking part in the ecosystem. In other words, token owners would be able to exchange their tokens for vote-escrowed RARI tokens, also known as the veRARI, which can be utilized for voting rights and special benefits.

A portion of the RARI tokens will apparently be retrospectively airdropped to users who were observed to have bought three or more NFTs from OpenSea and Rarible’s order book on Rarible.com between the dates of July 1 and September 30 of this year, thus consumers can expect an additional benefit.

Rarible’s CEO and co-founder, Alexei Falin, claims that this upgrade seeks to provide users with all of the NFT goods available at the greatest pricing and offered incentives as an extra benefit for their community.

Salnikov said that as they progress toward decentralizing the platform, this update is an important step. Additionally, he said that users have a say in the direction the ecosystem will take as well as the future of Rare.

The decentralization of NFT marketplaces is still a contentious issue in the Web3 community. In fact, many crypto users have used the Twitter platform to criticize OpenSea and other market leaders for being “too centralized.”

Another user who goes by the handle mylost.sol claimed that they are enabling NFTs to become centralized and that this will cause it to encounter the same issues that Bitcoin was designed to address. The community does appreciate MagicEden and OpenSea‘s services, but they must depart because the ERC721 is switching to Defi, he continued.

People want NFT marketplaces to be decentralized to avoid issues like security breaches, of which Rarible nearly fell victim but was saved by the responsible researcher. A cybersecurity software business called Check Point was able to identify the aforementioned vulnerability, which had the potential to cost roughly 2 million active monthly users their NFTs in a single transaction.