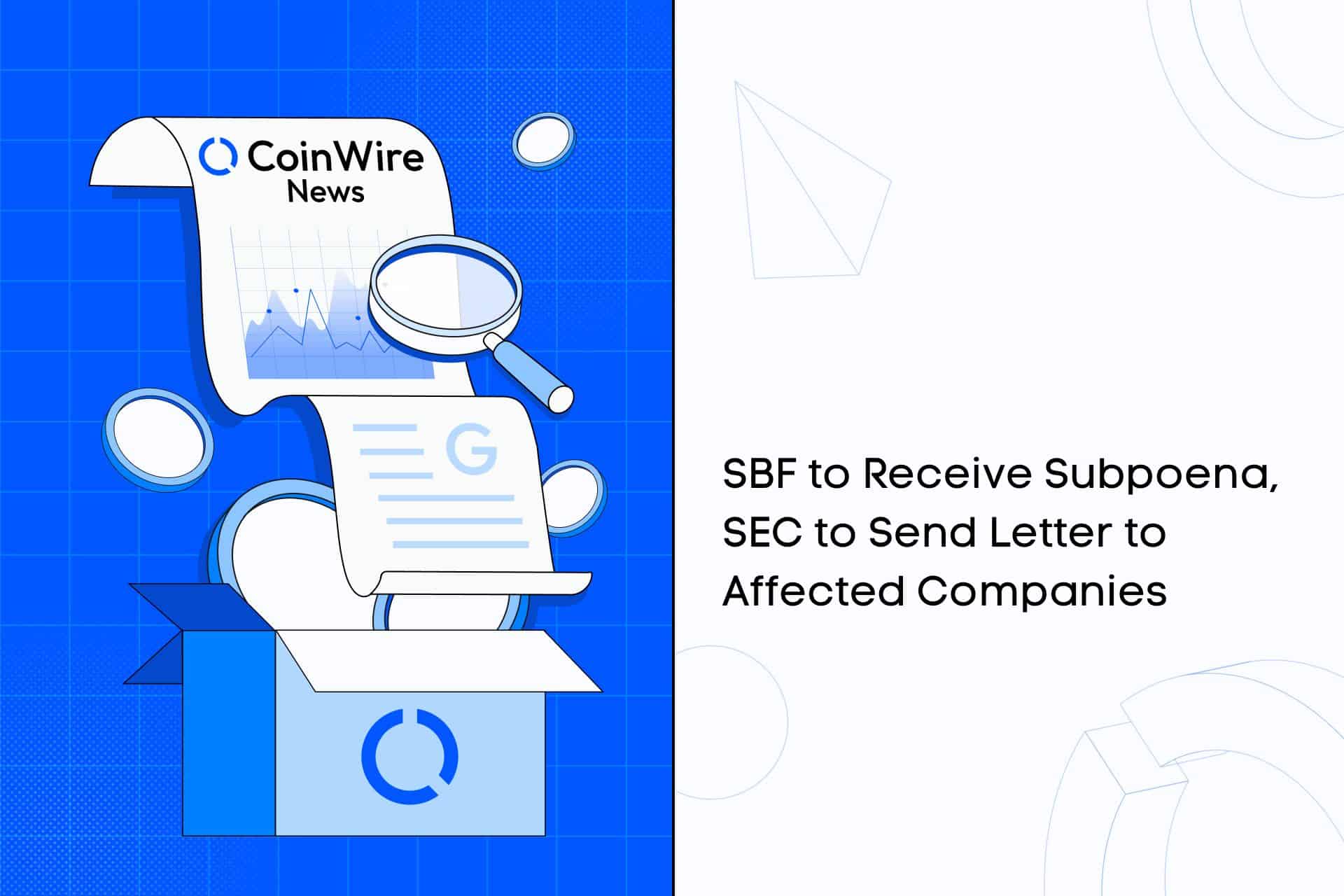 The former CEO of the fallen crypto empire – FTX, Sam Bankman-Fried, had agreed earlier this month of December to testify at the House Financial Services Committee. The former CEO has responded to the request of Maxine Waters, a committee chair who claimed that SBF’s presence was “imperative,” in which the former CEO has claimed his willingness to testify.

SBF then clarified that his contribution in the ongoing investigation would be limited given that his access to his personal and professional data that could underpin his testimonies is still not available for him. In a separate tweet, Waters claimed that a subpoena was “definitely on the table” in chances that Bankman-Fried declined to attend.

As previously mentioned, Maxine Waters, the House Financial Services Committee Chairwoman claimed that she is ready to subpoena FTX founder Sam Bankman–Fried, in case the former FTX CEO does not agree to appear before the panel next week and she is working out the best way to do it. Where she further claimed that their agency has already made it clear that they want SBF to be present in the meeting.

The fall of FTX have caught the eyes of many regulators, which made its top executives including Bankman–Fried to be under the investigations of the United States and Bahamas, where the fallen crypto empire is based. However, it was reported that SBF have failed to respond regarding the Senate Banking Committee request to testify at a hearing, in a given deadline to him, this has raised the possibility of a subpoena.

Waters claimed that she had the authority to issue a subpoena herself but she opted to put it to a committee vote, and prioritized discussing further procedures with the Republican lawmaker who will chair the panel when his party assumes control of the House in January, Patrick McHenry.

Since practically all businesses in the sector have been severely impacted by the worsening conditions brought on by the crypto winter and the collapse of FTX, the U.S. The Securities Exchange Commission has already urged and cautioned publicly traded corporations to be transparent with their investors about whether or not they have a stake in the recent hardships of the industry.

In which the agency’s Division of Corporation Finance has said to U.S. public companies that the recent turmoils in the crypto industry have caused a widespread disruption in the market. In which the agency has also highlighted that under the federal securities laws the said companies have the obligations to unveil any direct or indirect impact of the said recent turmoil may had on their business.

According to the report, the sample letter addressed to the possible affected companies is asking for instances where they face any risks to their businesses “due to excessive redemptions, withdrawals or a suspension of redemptions or withdrawals, of crypto assets.”

SEC’s disclosure arm,  Division of Corporation Finance has advised the said companies on how to properly inform investors about meaningful threats to their businesses. As SEC becomes more immersed in the crypto industry, its call for crypto exchanges getting registered gets louder, which crypto companies argue that they don’t want to get involved with securities while others claim that the agency hasn’t properly defined crypto securities.

In light of this discussion, SEC Chair Gary Gensler reiterated to crypto companies that “the rules are there” and that “law firms know how to advise their clients to comply.” In a recent report, the sample questions that would be sent out are reportedly not “exhaustive,” and companies should evaluate their own specific risks and concerns.

The 2022 has been a rough patch for the whole crypto industry where a lot of high-profile failures and bankruptcies have been reported, while a lot of crypto exchanges and lenders have revealed that they owe thousands of people millions of dollars’ worth of crypto.