Solana DeFi and Games Gets Affected by the Recent FTX Collapse 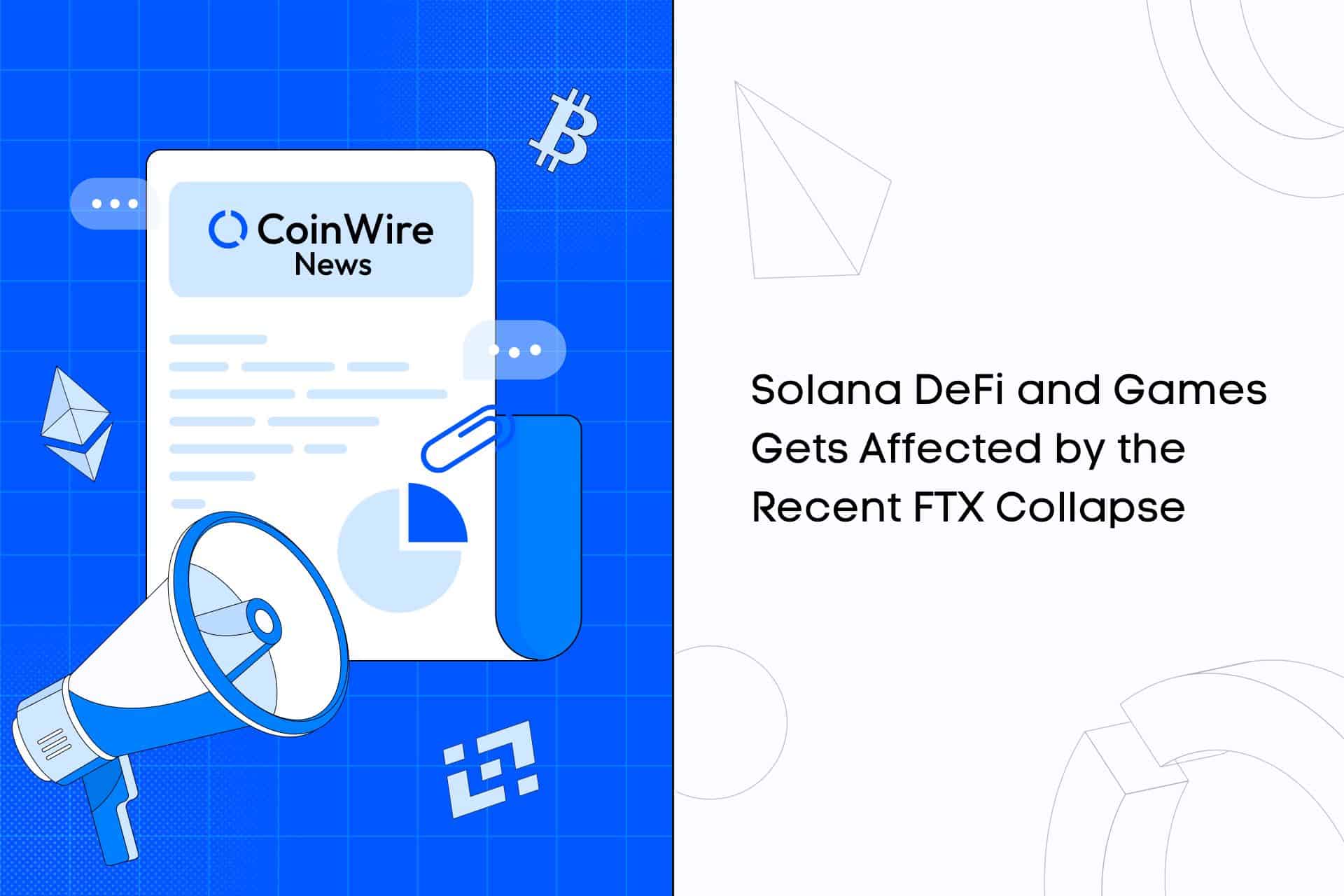 More than $10 billion in decentralized finance (DeFi) applications were stored on the Solana network in November 2021. The network’s popularity grew even more after it was led by proponents such as Multicoin Capital, Sino Global Capital, and the now-defunct crypto exchange, Sam Bankman-Fried.

Solana Foundation has already reported losing “tens of millions,” Bankman-FTX Fried’s has filed for bankruptcy and is facing prosecution, Multicoin and Sino Global have reported multimillion-dollar losses, and total value locked (TVL) has dropped by over $300 million.

The collapse of the crypto exchange FTX has greatly dragged Solana down, given that the CEO of the collapsed exchange has openly supported and endorsed the Solana network. In fact, Bankman-Fried was overheard telling a crypto trader that he would buy as much SOL as the trader had. SOL was the native token of the Solana blockchain.

Solana’s $10 billion TVL has been seen to have declined in the last year, along with the price of its native token; the last two weeks have reportedly been even worse. More than $700 million has already been exited from Solana-based applications.

Furthermore, the $1 billion in TVL last November 2 has dropped by 70%. That was the time when the news about the FTX and its sister company, Alameda Research, broke. This was exacerbated by a 50% drop in the price of SOL, as well as a drop in the price of related DeFi tokens.

Furthermore, Solend, the lending and borrowing platform, took the biggest hit in both percentage and value terms, with the company holding $280 on November 2 and now down by $30. According to the data, a large number of stablecoins, wrapped bitcoin tokens, and Solana-based tokens have left the protocol.

Furthermore, the Raydium and Orca decentralized exchanges (DEXs) based on Solana are now considered the largest decentralized applications (dApps) on the network, with Raydium locking over $51 million and Orca locking $46 million. The two have seen over 40% of their liquidity leave the platform in the last week, despite holding over $150 million just a few weeks ago.

Despite the turmoil, a silver lining remains that this decline may help to highlight the value of Solana and other networks. According to Walken co-founder Alexei Kulevets, although Solana has taken a more dramatic and painful blow than other blockchains, it will eventually reveal the true worth of projects and tokens.

The recent week in the crypto industry has been dominated by the turmoil at FTX Group, FTX US, and Alameda Research, which has resulted in one of the largest crypto exchanges – FTX – declaring bankruptcy. This has impacted the entire crypto community, with investors beginning to lose trust. One of the companies that has suffered the most is Solana, in which FTX CEO was a significant Solana backer.

As part of a venture capital consortium, the trio — FTX, Lightspeed, and Solana Ventures — reportedly pledged to invest a total of $100 million in blockchain gaming projects in 2021. This agreement with Lighspeed Partner Amy Wu has been a watershed moment for Solana.

Following the disclosure that FTX was operating with $9 billion in liabilities and only $900 million in liquid assets to cover them, FTX collapsed and the price of its native token FTT fell. Following the collapse, AURY, the in-game token of the turn-based role-playing game Aurory built on the Solana blockchain, saw its price drop by 63.6% in seven days.

ATLAS native token of the space-themed strategy game, Star Atlas, which was also built on Solana, decreased by 34% during the same time period. Furthermore, Solana’s top game, TapFantasy, has been impacted as its native cryptocurrency — TAP — has dropped by 10.9% in the last seven days.

Based on the Solana DeFi’s recent performance, it can be concluded that it is one of the biggest losers in the crypto market this month, with its TVL having significantly declined, as previously stated. Cardano (ADA), Bitgert (BRISE), and Centcex (CENX) TVLs, on the other hand, were observed to be stable.

The FTX turmoil has had a significant impact on SOL, with the Solana DeFi being one of the most affected. Several DeFi products on the Solana ecosystem experienced massive withdrawals in a matter of days. However, this fall is beginning to stabilize and may be able to recover in the coming days.