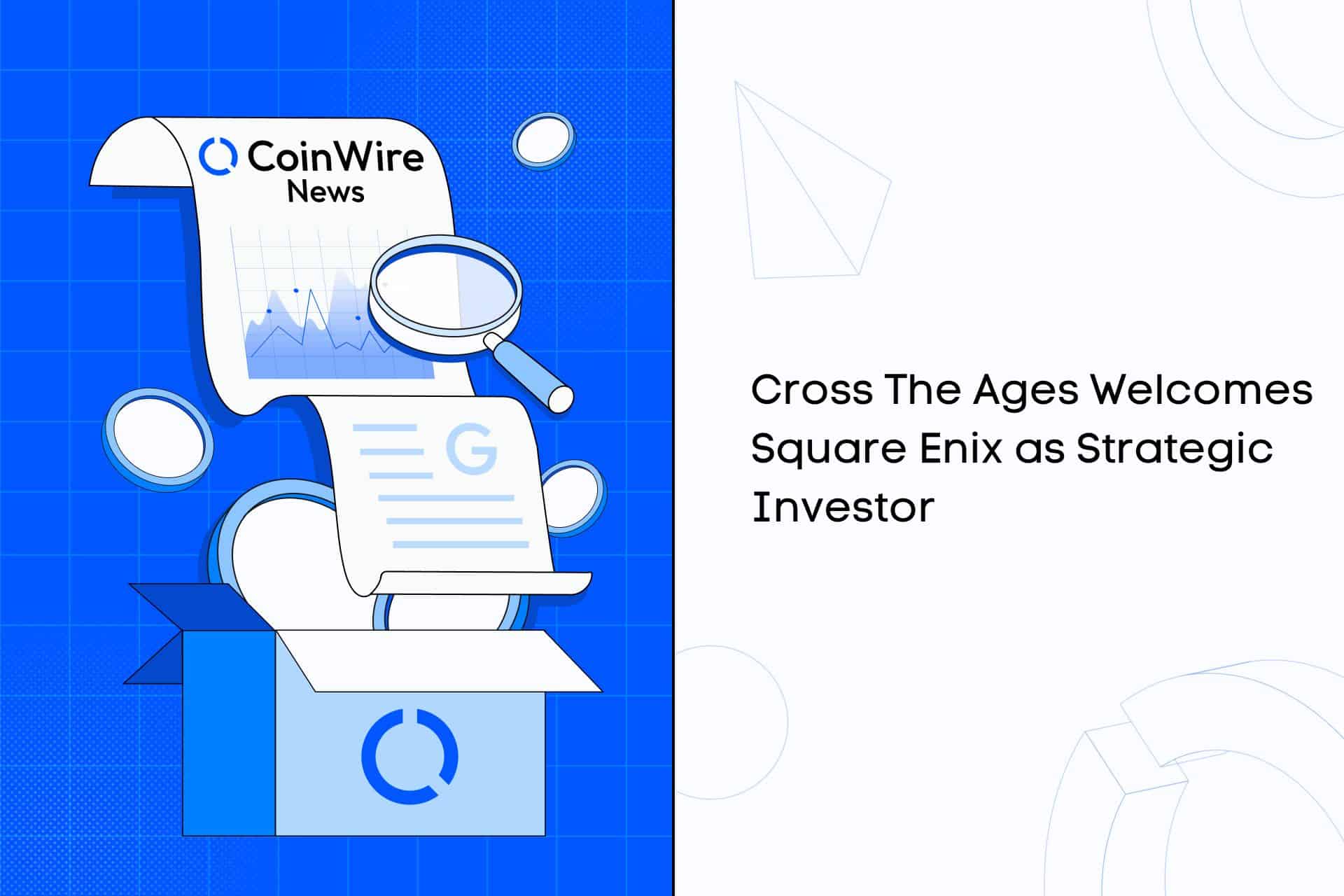 Cross The Ages is pleased to welcome Square Enix as a new investor. In this lineup, Square Enix joins Ubisoft and Animoca Brands.

Square Enix has officially joined the Cross The Ages Universe project as a strategic investor, according to Cross The Ages, a well-known blockchain gaming company. One of the newest investors in projects, Square Enix joins a group that already includes Ubisoft and Animoca Brands.

The inclusion of Square Enix on the project’s investor list, per the report, will significantly aid in the program’s successful development, retention of gaming talent, and go-to-market efforts for CTA’s first fun-to-play blockchain game with mainstream gamers.

Cross The Ages Universe prides itself on being a free-to-play-and-earn metaverse gaming platform, making it unique in its field. According to reports, it is based on seven freely downloadable novels that were published in five different languages.

A Glimpse of Cross The Ages

The Cross The Ages Universe is based on seven fantasy and science fiction books that have been translated into various languages, as was already mentioned. The collectible card game in question is a dystopian clash of worlds designed exclusively for mobile devices.

According to reports, the game is based on blockchain technology and offers a full value cycle, starting with mobile gaming and moving on to desktop gaming before ending with physical collectible cards that make use of near-field communication technology.

Players are said to be competing both individually and as a team in this game, with the possibility of winning valuable NFTs while undertaking quests in the Metaverse, where they are sure to find easter eggs buried in the books.

In addition to its focus on IP like “Dragon Quest” and “Final Fantasy,” Square Enix is renowned for offering a variety of high-quality entertainment products and services, including but not limited to games, amusement, publishing, and merchandising.

The future of Web3 gaming, in the opinion of Square Enix’s Director of Business Development, Hideaki Uehara, depends on rewarding the players who want to make contributions to the games they enjoy playing. She went on to say that they are thrilled to be a part of the project because their vision aligns with Cross The Ages’ for this game.

She went on to say that Sami’s goal for Cross The Ages is to create a more avant-garde and multifaceted entertainment format. In which participants can take part however they choose, including through video games, physical and NFT collectible trading cards, and books.

The beta version and early access of Cross The Ages: Trading Card Game have already started in early October, according to Sami Chlagou, co-founder and CEO of Cross The Ages. In which about 500,000 NFT cards have already been printed. She continued by saying that they had received a lot of positive feedback from their community, including comments from players who said the game was entertaining and addictive.

She also expressed gratitude for Square Enix’s assistance, saying that the company’s knowledge of gaming and marketing techniques had been extremely helpful. She is confident that the game will continue to advance with the assistance of the business.

Over 100 international artists who have previously contributed to well-known films and television shows are currently a part of the 180-member-strong Cross The Ages team, which is still expanding. This includes, but is not limited to, Josu Salano, who worked on Lord of the Rings, Sandra Duchiewitcz from Marvel Entertainment, and Andreas Rochas, who worked on Harry Potter. Joshua Cairos also contributed to Game of Thrones and Star Wars.

Along with having well-known people as its members, Cross The Ages is also led by Sami Chlagou, known as the proprietor of Pixel Heart, a studio that has created over 55 video games for various platforms, including Android, Nintendo, Sony, Xbox, and Steam. Guns of Mercy, Pocket Bravery, Androdunos, Okinawa Rush, Finding Teddy, and Playroom Racer are just a few of the games the company has created.C