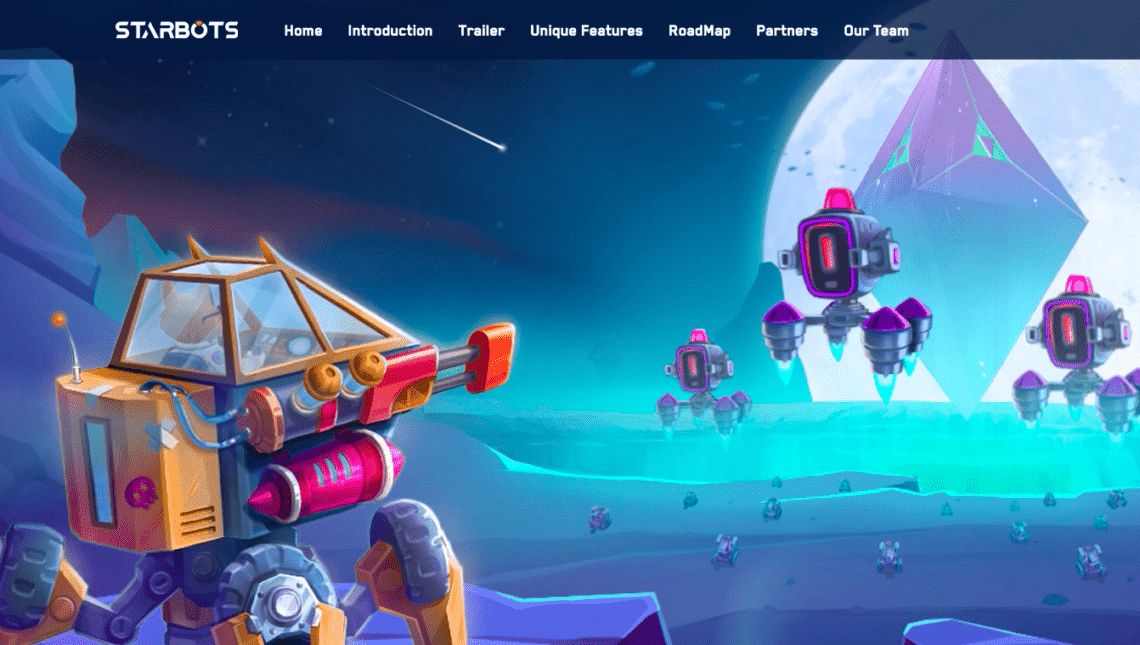 According to its Roadmap, Startbots intends to release its NFT Sale on the Solana Blockchain this December. Let’s discover how this Solana playable game could change your entire NFT experience.

According to CryptoSlam, Solana (SOL) is the fourth greatest NFT blockchain in terms of 24-hour sales volume, after Ethereum, Ronin, and Wax.

Solana has the fourth-largest amount of NFT sales, according to statistics aggregator CryptoSlam. This race has three leading players: Ether, Ronin, and Worldwide Asset eXchange (WAX).

Nearly $500 million has been sold by Solana since August in NFT transactions. On August 31st, NFT sales on Solana surpassed a daily trading volume of approximately $37.7 million. On the 8th of October, the number of purchases reached a new daily high of 6,521.

The enormous expansion of Solana Blockchain and the NFT gaming industry has indeed been growing at such a rapid pace. Providing access to current popular titles and upcoming releases from independent developers has chances to explore this potential yield. One of them is Starbots, a first-ever robot battle NFT game on Solana.

Unlike other games, such as Star Atlas or Nyan Heroes, which does not intend to release an official game anytime soon, Starbots will be releasing its official gameplay in Q2 of 2022!

The game is easy to play but will be a challenge to master in the long run. Winning a battle is achievable, but it requires extensive knowledge and dedication to understand how each body part might be used against the adversary.

Unlimited Robots: With over 20,000 variations for each body part, there is no end to the evolution of robot assembly! Because each body component will generate a different battle, each time will be unique!

Accumulate $GEAR tokens as you win battles and explore planets filled with battles and missions.

Customize your battle robots with a wide variety of body parts.

At any time, you can upgrade, repair, or disassemble your fighting robot.

Combine various weapons and body parts logically to create a robot with a winning operating principle.

Players will face a unique planet BOSS at each of the planet’s five, fifteen, and twenty-stage levels. Taking down the BOSS will net you a sizable sum of money.

The PvP Gameplay has two modes.

Randomly paired players fight each other in quick battles. During any time of the day, players can engage in a quick battle.

Players begin at League 1 and work their way up the daily Golden List, eventually gaining promotion to a higher league.