The ubiquity of blockchain technology promises an exciting new future for gaming and game card trading. For nearly thirty years, trading card games (TCG) have held a special place in the industry, with trading card games such as Magic: The Gathering, Yu-Gi-Oh and Pokemon all becoming household names. belonging and internationally recognized brand since its inception, each of these games has moved online. Now, with the advent of blockchain technology and the emergence of non-fungible tokens (NFTs), the online trading card game landscape is poised for a drastic change.

Today, we will introduce to you a very hot NFT TCG game on the market right now: The Lost Throne. This is a trading card game inspired by MTG, players will be able to collect, build, battle, trade and especially can earn tokens thanks to the play-2-earn mechanism.

And good news for those who are curious and want to explore this vast and exciting metaverse: the Open Beta Festival (beta test version) of the game is currently underway and is attracting a lot of gamers to participate. Sign up and join the beta test version of The Lost Throne now for a chance to win many super attractive gifts.

In the article below, we will guide you in detail on how to register for the Open Beta Festival.

I. Information about Open Beta Festival

60% of the total $DD allocation is to be shared among the eligible participants who have played at least one PvP game (Casual or Ranked mode). The reward is closely tied to the player’s overall engagement and performance, which will be calculated based on an algorithm with key metrics such as gaming hours, number of games played, MMR (Matchmaking Rating), etc.,

The ranked pools are to be allocated to players who show excellent skills and have climbed the Ranked Game Ladder with outstanding gaming performance.

The top 10 players with the highest MMR in Ranked Mode share 10% of the total $DD allocation and mystery NFT boxes.

During the open beta testing, players are encouraged to submit bugs and be compensated with bounty rewards. The bug bounty pool gets 10% of the remaining $DD allocation and mystery NFT boxes.

For bug submitting, please fill out this form: https://forms.gle/6VQB86tep3TxMAhV8

➢ Rewards will be distributed to your BSC wallet within 14 business days. (please check the BSC wallet you used to play the game).

II. How to join Open Beta Festival (Step by Step): 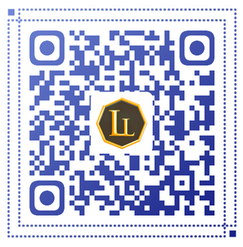 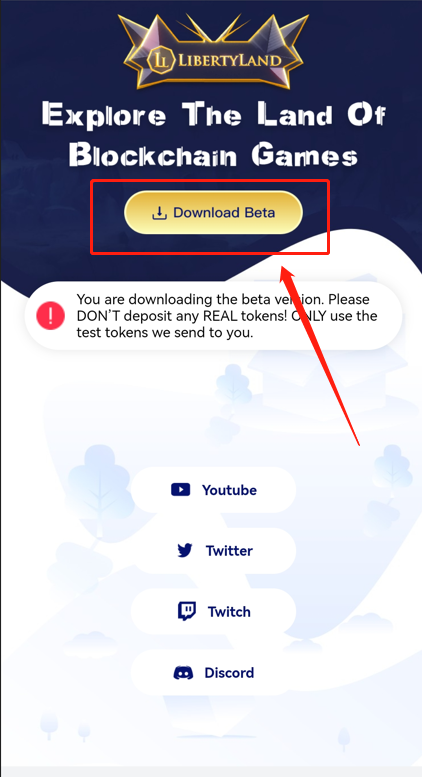 The Lost Throne is deployed on the Binance Smart Chain. For the beta testing, we are using the TEST BSC NETWORK.

➤ Guide on how to create a BSC wallet in LL App

➤ Guide on how to import a BSC wallet in LL App

4. Generate A L-Key (L-Key is the login token every player is required to acquire in order to start playing the game)

To generate an L-Key, you need to:

The Lost Throne has been designed by the development team to be more user-friendly for newbie gamers. The game does not require you to spend money before playing, the game only requires L-Key and you can participate in the amazing The Lost Throne metaverse and compete for tokens and NFT rewards.

Once both players have entered the game with their pre-selected “character” cards, the game is ready to be played.

During their respective turns, both players add the top cards to their hands and decide to play or summon their cards.

Both players exchange their initial hands and choose their technical routes.

Players now enter the battle phase, taking turns performing 1 legal attack for each actionable card in the order of action.

Repeat the above stages until both players split the difference, or until one side has met the game’s winning conditions, thus ending the round.

There are two tokens associated with The Lost Throne (TLT).

CP is the equity and governance token of the TLT ecosystem and the only ownership proof of the game.

CP is now available on PancakeSwap.

DD is the in-game economic token of TLT that players obtain through in-game victory. Players can earn DD by winning games.

The TLT team will create a liquidity pool with 3,000,000 DD. All other DD is earned in-game

DD can be spent to create shining versions of cards. The shining property of cards is untradeable, though the underlying NFT remains tradeable. Shining cards used in a deck in play cause the owner to gain additional DD with every victory.

⧫ DD tokens will be rewarded to players that complete daily quests.

⧫ DD tokens will be rewarded to winners of PvP battles when shining cards are in their game deck.

⧫ Each winning player participating in the ranking gets DD earnings according to their PvP MMR.

The Lost Throne team is founded and game development begins.

Final test of TLT on TapTap and Steam.

TLT completes the private sale and the first batch of NFT cards are issued.

Initiate the PvP system and begin the first PvP

The New NFT Collection Pack is launched and the second season begins, allowing players to design their own NFT cards.

The second game with a magic kingdom theme is launched and the third season begins, allowing players holding CP to build Land.

The second TLT game is launched, allowing players to participate in the game by staking CP or NFT cards produced by the games.

The Lost Throne’s Open Beta Festival is currently going on and there have been many exciting and exciting matches. Join now for a chance to win amazing prizes!