Trump NFT Collection Raises Concerns as it Sells Out 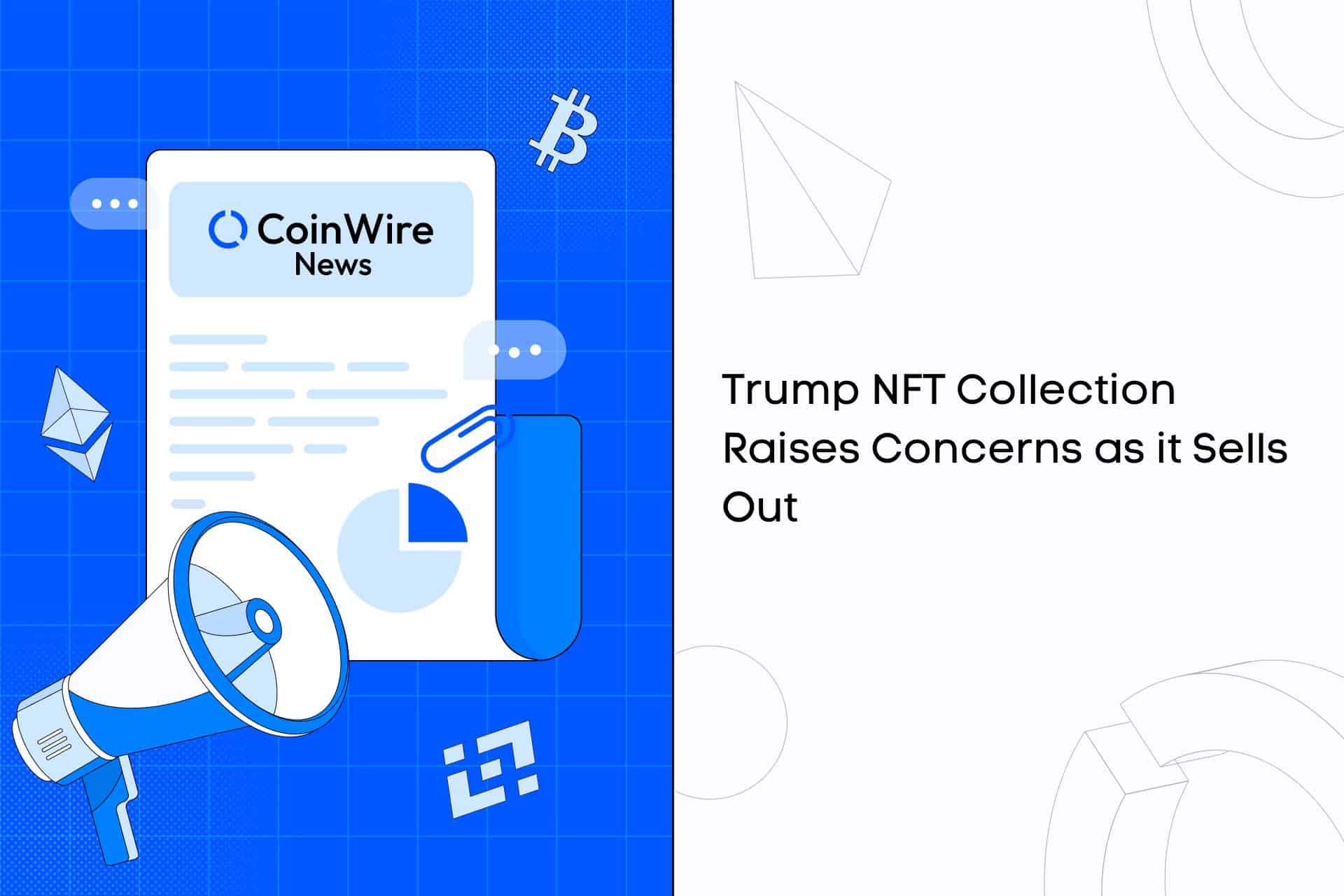 Donald Trump, a former president of the United States, recently released a set of non-fungible token digital trading cards, which, according to reports, has already sold out a day after it was made available. The former president’s NFT collection had a trading volume of $1.08 million at the time of writing, and its floor price was reportedly about $230, more than double the collection’s original price of $99.

The report claims that some tokens from the collection are going for much higher prices. One of the rarest pieces in the collection, which makes up 2.4% of the 45,000 total pieces, is currently going for as much as 6 ETH. According to reports, the 45th president is shown holding a torch while standing in front of the Statue of Liberty on this uncommon trading card.

According to Dune Analytics, almost 13,000 users have already generated 3.5 tokens since the collection’s release. In which 45 NFTs were bought by additional 115 customers. which is reportedly the bare minimum of tokens required to secure a seat at a dinner with Trump.

Additionally, according to the Trump Trading Card website, there are 17 users who reportedly bought 100 NFTs, the maximum number that can be minted, even though Dune metrics show that other wallets held much more.

Despite the current success of Donald Trump’s NFT collection, it was rumored that the former president’s allies were pulling back from this new endeavor. The aforementioned collection has perplexed and irritated Trump’s campaign staff. Furthermore, some of his most ardent supporters openly mocked the collection.

When Trump announced his 2024 presidential campaign last month, it was followed by a number of high-profile gaffes. His supporters and allies are now worried that he might not be prepared for a new campaign as a result of this.

According to numerous sources, Bill Zanker, a businessman who has previously conducted business with the former president, was the one who pitched the idea of starting a digital trading card collection. According to the same sources, Trump’s conversation with Zanker preceded his entry into the GOP presidential primary for 2024 and kept his advisers and aides in the dark. Trump’s allies are concerned about his sluggish start to the 2024 presidential election campaign.

People who were already familiar with Trump’s new business venture were shocked by the level of derision that the project had attracted from Trump supporters. Steve Bannon, the former chief strategist for the White House, is still perplexed by Trump’s business venture. He even said that whoever persuaded the former president to join the NFT trend “ought to be fired.”

Although Bannon refrained from mocking Trump, he is still perplexed by the former president’s action. While watching the video released by Trump that featured images of some of the digital collectibles, portraying Trump as a cowboy, an astronaut, and a superhero, he even said, “I can’t do this anymore.”

Along with his allies and supporters, a number of Trump’s current and former advisers believe that the former president’s new business endeavor is a mistake and below him. Last Friday, Trump took the podium in front of an Orthodox Jewish audience at his golf course in Miami to make a speech.

During his remarks, e is said to have discussed his political assistants who were still answering inquiries and soliciting donations for his new digital business.

The $99 trading cards are offered for sale on the NFT collection’s website, and the project is described as an addition to Trump’s business portfolio rather than a project for his bid for president in 2024 or a product line for his campaign.

Another source with knowledge of the situation asserts that this new endeavor may be Trump’s attempt to protect his reputation, which has been damaged as a result of the numerous doubts surrounding the viability of his third presidential campaign.

According to a different source, a senior Trump aide was allegedly confused and irritated by the new business venture of the former president and even questioned the need for him to get involved with digital collectibles or NFTS at the start of his 2024 presidential campaign.

Trump has teased a “major announcement” via a post in his Truth Social, according to the same source. His collection of digital trading cards was released instead of the “major announcement,” which gave him “boy-who-cries-wolf status.”

Trump’s NFT collection appeared to be leaning toward the opposition rather than raising awareness of his campaign in a positive way. Former senior adviser to Trump’s 2016 campaign and New Hampshire-based GOP strategist Michael Biundo argued that the announcement of his intention to run for president again was not a good start.

His current and former advisers to Trump have called the situation a “random business venture was a mistake and beneath the 45th president,” but the former president has not yet responded to the criticisms, and his campaign team is silent on the same issue.