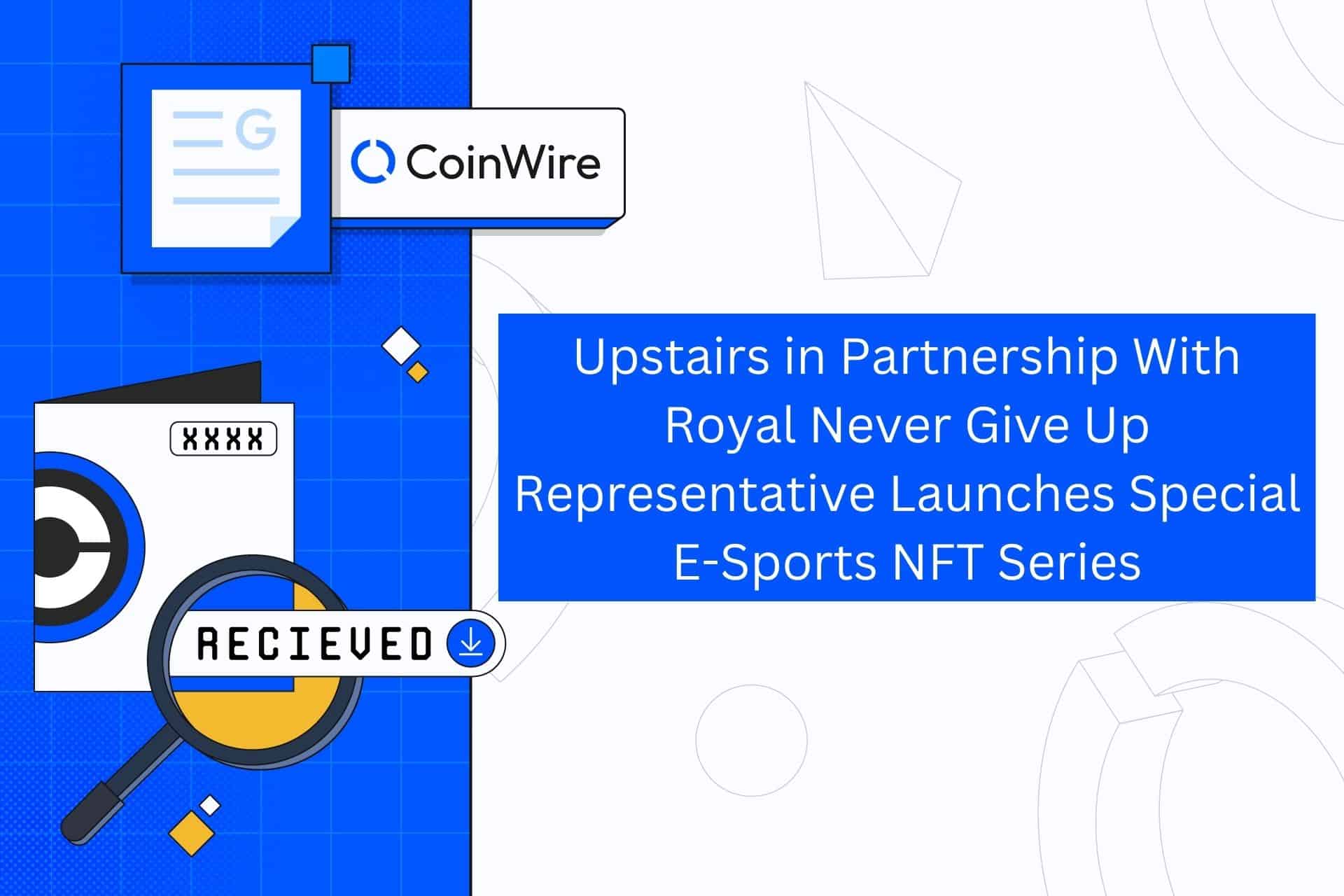 Upstairs.io has announced an official relationship with Focus J, a Royal Never Give Up agent, to create a special E-sports NFT series. This will be the first NFT collaboration in Asia and the first E-sport NFT collection.

Upstairs.io, Asia’s first custodial NFT Marketplace, has announced an official partnership with Royal Never Give Up representative, Focus J, to establish a unique E-sports NFT series. This is Asia’s first E-sport NFT collection, as well as the first NFT cooperation in the region.

Because of their legendary League of Legends squad, Royal Never Give Up is recognized as a world-class esports company. Focus J, on the other hand, is a Singapore-based digital artist label that primarily attempts to develop high-quality art works for customers in the game industry.

Both have vast expertise servicing and delivering services for several e-sport clubs, and they are currently creating the RNG NFT LEGEND series, which will supposedly be accessible only on Upstairs’ NFT Marketplace.

The RNG NFT LEGEND will be Royal Never Give Up first excursion into the NFT universe. The collection would apparently include 5,000 digital artifacts in total, with four distinct series priced at roughly $39.90 each.

According to the report, Upstairs is a terrific option for people who wish to acquire NFTs as collectibles or even invest in these digital artifacts. Prior to each listing, Upstairs will allegedly sign a deal with the IP source to ensure collection exclusivity.

Users who are already engaged in the NFT arena understand how exclusivity may significantly increase the value of an NFT. In addition, their web will provide a variety of collections on a regular basis.

Upstairs X Royal Never Give Up

The company has been making waves in the market lately after selling 10,000 pieces of their debut NFT collection “NIFTY HANDS” in just a span of 52 hours; what’s more surprising is that it was only limited to one purchase per user. However, Upstairs’ successful NFT venture did not end there; in fact, their second collection “Mutant Kiddos” was also a success as it sold out in just a matter of seconds.

Despite their success in NFT, Upstairs’ first limited-edition commemorative digital collectible, known as a Beta Coin, which was sold for $1 USDT but whose floor price soared to $2,000 USDT on Upstairs’ secondary Marketplace, is considered to be one of their most successful ventures in the Web3 space.

Rex Teo, the CEO of Upstairs, said in a statement that the company had already had numerous requests for collaboration after the success of their debut, but Royal Never Give Up in particular had struck his eye both professionally and personally. Their shared objective is to bring the esports and gaming communities to the carefully curated NFTspace.

One of the largest Chinese esports groups in Asia is known as the Royal Never Give Up. It is well known for having won several League of Legends global championship championships. Its popularity is reflected on each of their individual social media pages, where they have a combined following of 500,000 users and receive more than 20 million monthly views. They are known to have won the 2016 LPL Spring Playoffs, the 2018 LPL Spring Playoffs, and the 2018 LPL Summer Playoffs. They have also won the Mid-Season Invitationals in 2018, 2021, and 2022.

E-Sports in the NFT Realm

In the recent years, E-sports has been seen to be one of the largest industries that is seen to have been adopting in the Web3 space particularly the NFT realm. For the past few months, a lot of partnership between E-sports groups or companies and Web3 or NFT companies has been observed.

A good example is the partnership between BOOM Esports and Fact Revolution that recently came together with Yieldly, which is known as the first decentralized finance (DeFi) platform on Algorand, with a goal of further exploring the NFT space comprehensively.

This partnership enabled the mentioned E-sports organizations to leverage bespoke, as well as the esports-centric NFT in order to increase the fans engagement. On the other hand, the partnership allowed Yieldly to have access to an entirely new demographic of users.