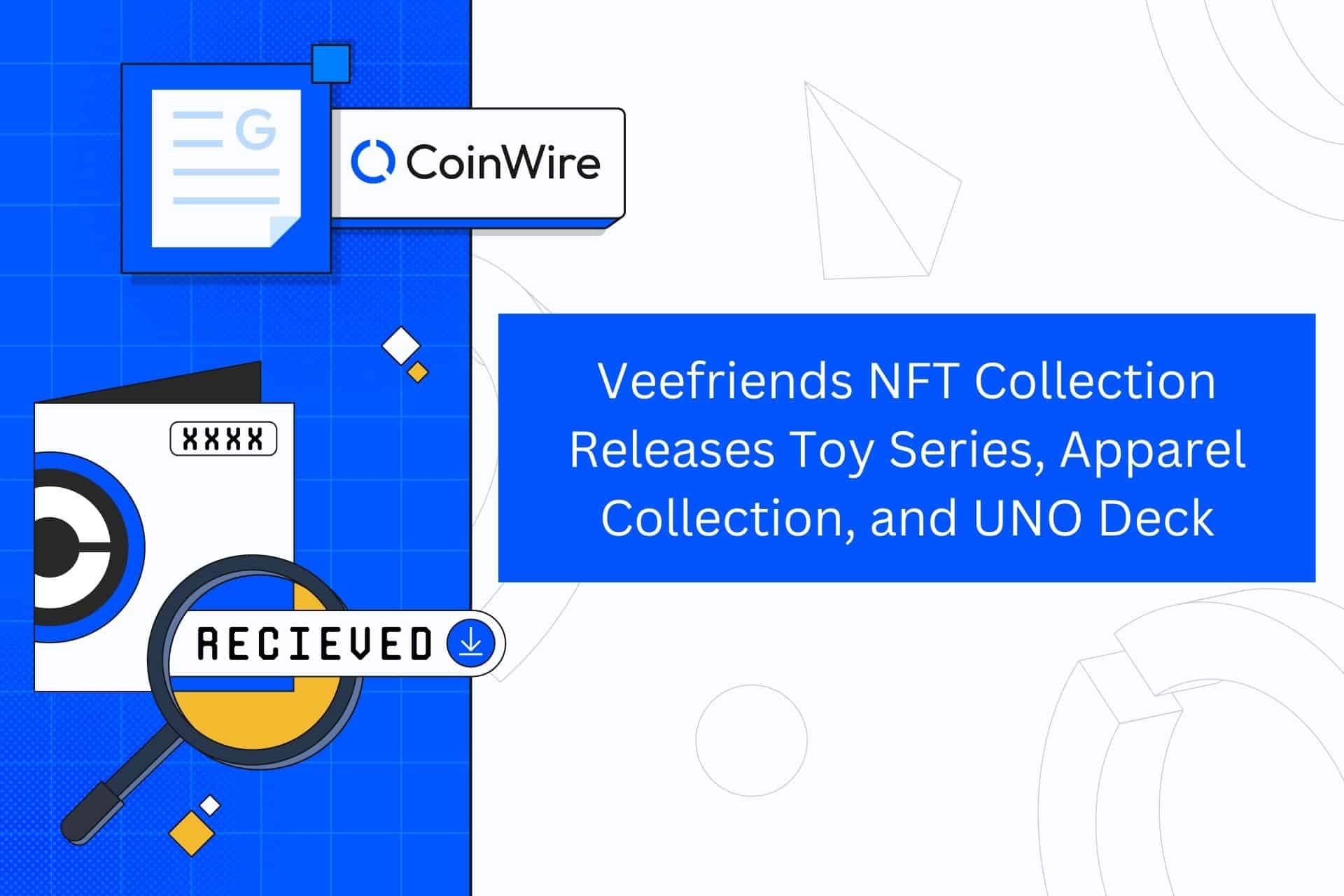 Vaynerchuk’s NFT collection — Veefriends — makes its physical debut with the release of a toy collection available at Macy’s and Toys”R”Us, an apparel collection in collaboration with Kim Shui, and a UNO Deck.

Non-fungible tokens, or NFTs, are frequently issued by a well-known organization, such as retail chains, high-end shops, or even entertainment businesses looking to increase their online market reach.

On October 4, this definition of NFT was changed to reflect the well-known NFT collection Veefriends, which has reportedly sold almost $240.15 million since its release and is currently ranked 20th among all NFT collections.

The Veefriends team revealed that Macy’s and Toys”R”Us will be the only places to carry a limited edition set of collectible characters. In addition, the NFT collection is working with renowned womenswear designer Kim Shui to launch the VeeFriends x Driven Dragon clothing line.

Gary Vaynerchuk, a serial entrepreneur who founded Veefriends and announced the debut of its actual collectible figures, is the brains behind this NFT endeavor. It is said that Vaynerchuk envisioned, designed, and illustrated the characters in this NFT collection. Each figure exemplifies the qualities that inspire its creator the most.

These qualities that the characters exhibit are also thought to contribute to success and happiness. His goal is for the people to be able to evaluate his concepts based on the characters and the characteristics they stand for.

This collectible character’s pre-sale began on October 4 and its official release is scheduled for October 17. All Toys”R”Us locations would carry these Veefriends collectible characters, however they can be pre-ordered through the Macy’s mobile app or the shop.veefriends.com website for their international consumers.

Plush toys and vinyl figurines of the Veefriends designed by Toikido – a London-based entertainment company will apparently be included in this collection of characters. Apparently, the price range for these collector characters is $9.99 to $29.99. Ten special characters were selected from the 283 VeeFriends characters for this initial edition of the actual collectible characters version of the NFT collection.

Regardless of the form, plush or vinyl, each figure has a special backstory that explains their distinctive quality, which is reflected in their name. Each character is packaged with a tag that has a printed QR code that opens up emotive 3D animated shorts and additional character tunes.

To commemorate this milestone in the Veefriends NFT collection’s legacy, its creator Vaynerchuk will make two in-store appearances on October 17th in Chicago and October 21st in New York.

In addition, the creator will take part in Macy’s Live, a streaming show that provides exclusive offers and content to their audiences in real time. The Veefriends website will have information on how to participate in the in-store events.

In addition to toys, Veefriends will release an apparel collection in collaboration with Kim Shui. According to reports, the collection will include tees worth $55, hoodies worth $235, and beanies worth $48 at retail. Each of these outfits features a flying Driven Dragon, which is thought to represent good luck, strength, and longevity.

Aside from the previously mentioned symbolism, the dragon is at the heart of the Kim Shui brand. According to the designer, she chose the Driven Dragon character from the Veefriends NFT collection because she felt a connection to it, as drive is her primary component of the motif that she employs in her work.

Aside from the toy collection and apparel, Veefriends CEO Vaynerchuk revealed that the company is collaborating with Mattel Creations to release a reimagined UNO deck featuring the Veefriends characters. The deck will only be available for $25 per pack through the website creations.mattel.com. It will reportedly feature one of 17 Veefriends, with the character “Gary Bee” being the most rare foil card in the set.

NFT Projects Entering the Retail Space of the Physical World

As time passes, the physical world gradually penetrates the Web3 space, while the digital world enters the physical one. This is evident in the NFT space, where collections typically originate from physical items or companies, but the products of the NFT space are slowly becoming tangible. This move, according to Veefriends’ president, Andy Krainak, is one of their ways of connecting with their NFT holders and showing them how they are developing the IP behind the characters.