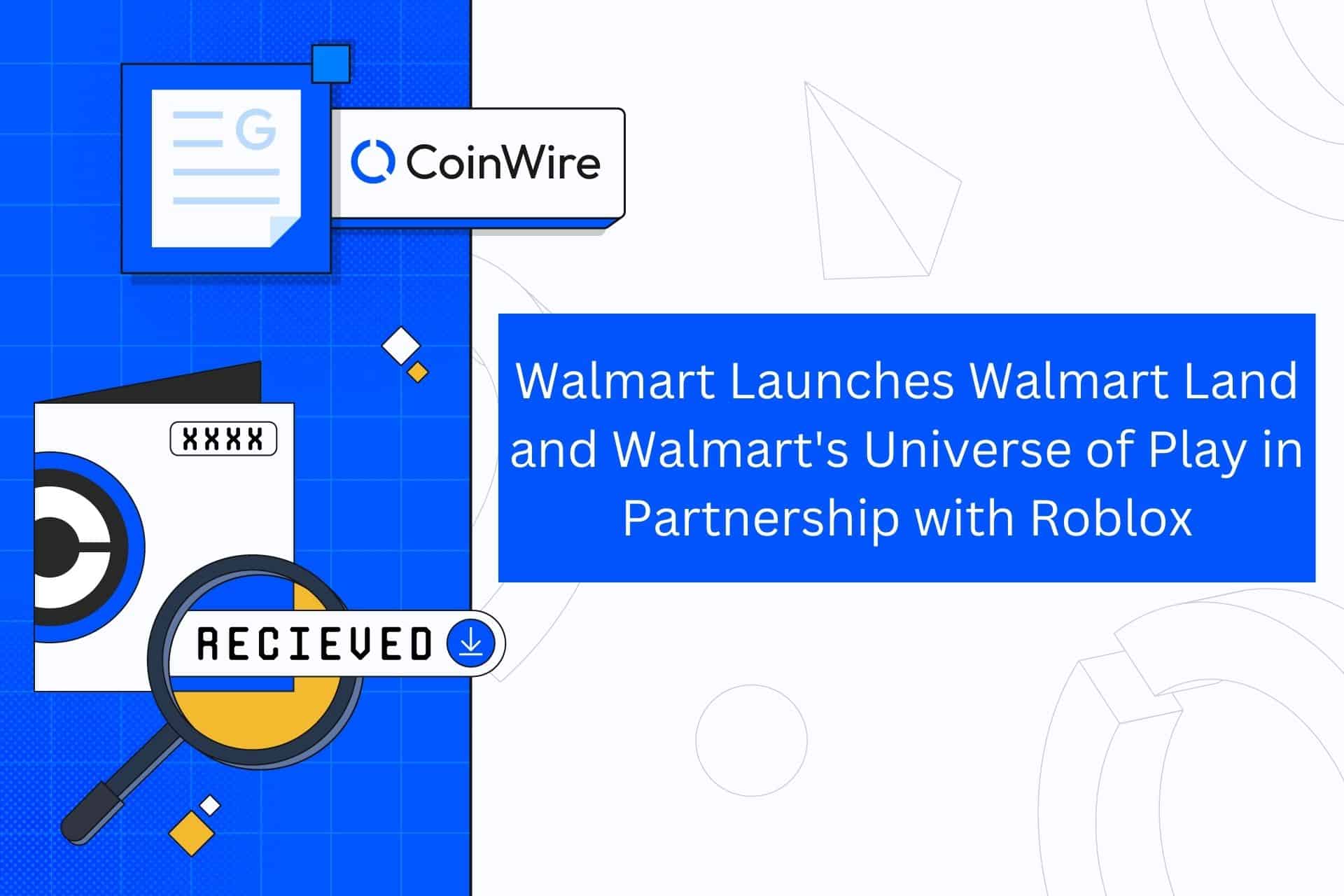 Walmart joins the metaverse craze with Roblox as a new way to reach out to younger audiences. Walmart launched Walmart Land and Walmart’s Universe of Play on Roblox earlier this week.

Walmart officially announced the launch of their metaverse project with Roblox called Walmart Land and Walmart’s Universe of Play on September 26 of this year. According to Walmart’s chief executive officer, William White, they chose Roblox as their partner because many people spend their time on it.

Furthermore, it is regarded as one of the largest and fastest growing platforms in the metaverse. Walmart’s first foray into the metaverse will include a blimp that drops toys, music festivals, games, and a store of virtual merchandise, or “verch,” which can also be purchased in the physical store.

As previously stated, Walmart has already announced the launch of Walmart Land and Walmart’s Universe of Play in collaboration with Roblox. Here’s what you can expect from these new immersive experiences:

Walmart Land contains interactive content and is more focused on bringing fashion, style, beauty, and entertainment items to the Roblox community, which has over 52 million daily users. The Walmart Land is thought to have three standout features. One example is a virtual merchandise store, or “verch,” where users can purchase accessories for their avatar.

Then there’s the physics-defying Ferris wheel, which gives you a bird’s-eye view of the entire world. Finally, they can earn unlockable tokens and badges by participating in games or competitions.

This island is inspired by real-world music festivals, which Gen Z adores. This includes a DJ booth where users can learn to mix various music beats. It also has an interactive piano walkway and dance challenges on the island. To top it all off, this island has a Netflix trivia experience starring Noah Schnapp.

This will include a virtual dressing room in which the user’s avatar or character can strike various poses. It will also include a roller-skating rink and an obstacle course made of oversized cosmetics. The House of Style is said to provide a variety of virtual cosmetic and skincare products.

This island hosts a variety of events, one of which is the upcoming ‘Electric Fest,’ which will take place in October. The aforementioned event is a motion-capture concert celebration featuring some of Gen Z’s most well-known artists, including Madison Beer.

Walmart’s Universe of Play is said to be filled with the most recent toys to hit the shelves. By exploring various toy worlds, users can earn coins. The aforementioned coins can be used to purchase virtual goods. Users can also create their own trophy case by completing challenges and discovering secret codes. Walmart’s Universe of Play includes the following features:

Walmart’s Universe of Play debuts with five games that provide experiences in which users can collect or purchase products and characters from well-known toy companies. Paw Patrol, Magic Mixies, and L.O.L. Surprise! are just a few examples.

Users can expect the Walmart blimp to appear and drop toys on a regular basis throughout their visit to Walmart’s Universe of Play. Users can also play and explore to collect virtual toys and earn coins that can be redeemed for their avatar verch.

Users can also try out Walmart’s Universe of Play’s e-mobility items feature. This includes items such as hoverboards, which their avatar can use to explore the world more quickly. Its like the Skate Metaverse but in game mode. They will also come across a Sharper Image drone, which will assist them in discovering more toy worlds of the season.

The pandemic has significantly altered public purchasing habits, and Walmart is one of the retailers who has felt the effects. Social media, apps, and even gaming websites have influenced people’s purchasing habits.

One way for Walmart to reach out to their customers, particularly the younger generation, is to launch their metaverse platforms through Roblox. In which White claims that Roblox will serve as a testing ground for Walmart’s moves in the metaverse, and that they will hopefully learn a lot from this collaboration. The experiences in this world are said to be geared toward gen z, or those aged 25 and under.

Aside from this, the retail giant has also made a lot of partnerships to help them build their online presence.  Walmart has launched an augmented reality-powered tool on Pinterest. This assisted customers in visualizing Walmart’s furniture and home decor in their own homes.

Furthermore, Walmart has recently held shoppable live streaming events on popular social media platforms such as TikTok, Twitter, and YouTube. Where they have collaborated with Meredith to create recipes.

Aside from collaborations, Walmart has quietly applied for metaverse-related trademarks. Making or selling virtual goods, virtual currency, and NFTs are examples of these trademarks. All of these efforts are aimed at converting people’s virtual experiences or online purchases into in-person store visits and purchases.