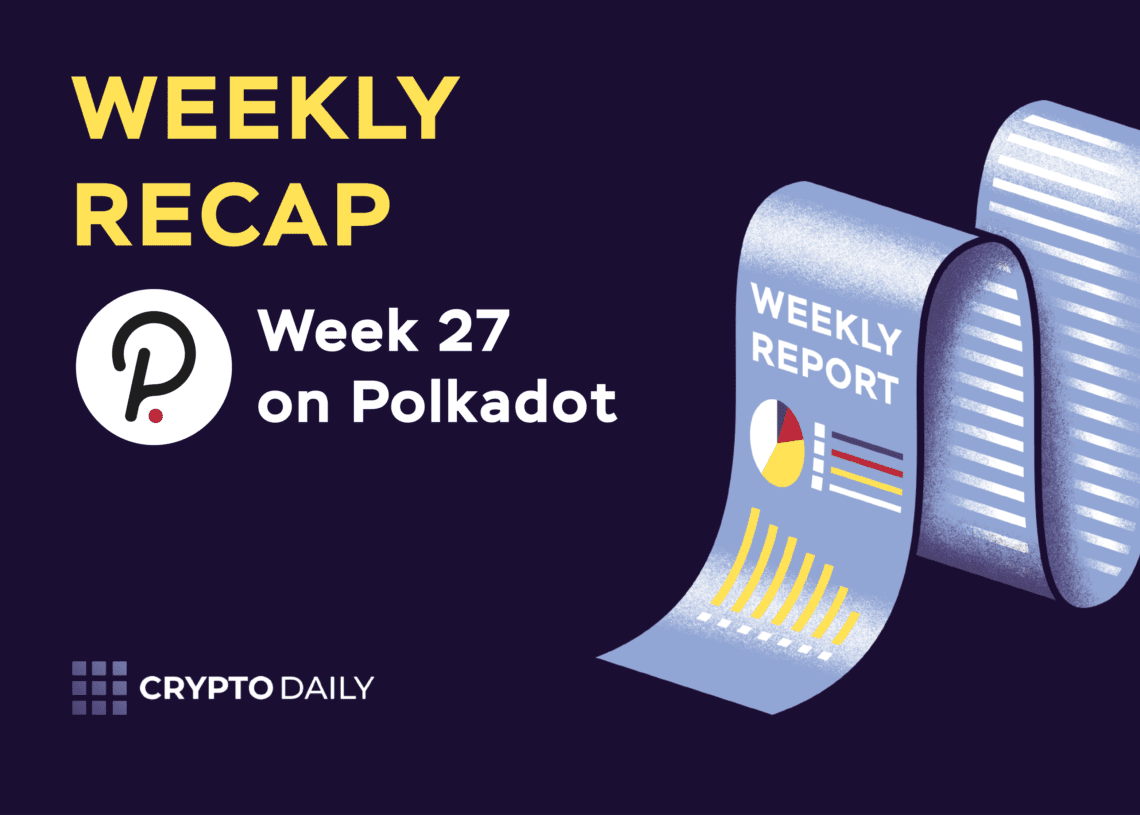 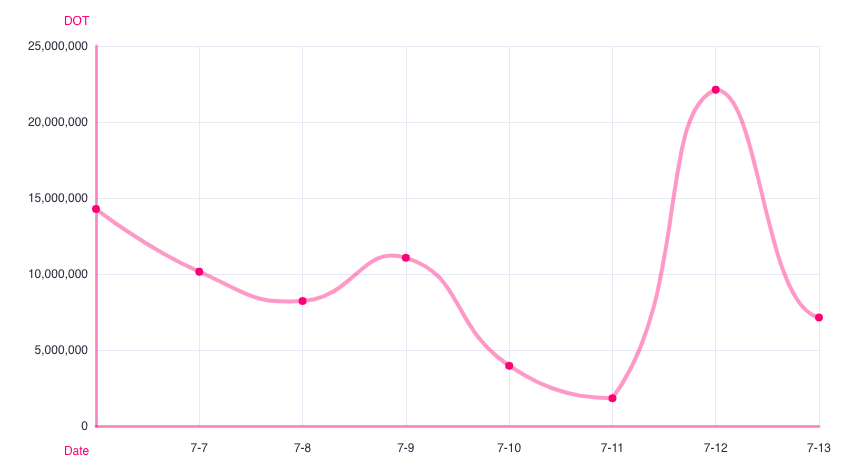 In general, the Daily Transaction Amount in the past week had many fluctuations. At one point, it dropped to 1,830,000 DOT, then pumped to 22,129,732 DOT, and ended the week at 7,137,941 DOT, which is roughly the same as last week. There are many reasons for this volatility, one of which could be the decrease in DOT price, causing many investors or users to decide to make more transactions to flee or buy. Specifically, on July 12, the same day as the transaction pump, the price of DOT began to decline to $ 14 = 1 DOT, which is the same as the price in January of this year.

Experiencing a sharp drop from last week, Daily Active Address and Newly Created Address recovered to the value of early last week, even increased slightly. This is a sign that users and investors have started to return or prepare for the next exit if the market situation continues to deteriorate. Now there is still no basis for a more specific assessment; we need time to monitor the situation.

Daily Fees Used has increased significantly from last week and fluctuates between 50 DOT and 110 DOT. This could be a result of the Daily Transaction picking up again this week.

DOT is ending a crisscross correction 5-3-5. Specifically, it completes wave C of a larger ABC correction. It may consolidate around the 10$ to 15$ levels for a period of time, then making an unequivocal impulse to the upside.  At the point when DOT breaks the steeper red downtrend line, it might signal that the correction is over, and it will mark the start of the new accumulation zone that will start a bigger trend reversal.

PolkaCity is a DeFİ and NFT combined virtual currency investment platform on Polkadot.

UniDex supports Honeyswap, Baoswap, and Sushiswap on the xDai network while also aggregating across these protocols. In short, this means that a new 12 million TVL of liquidity is now accessible for UniDex traders or existing xDai network supporters.

UniDex will be supporting UbeSwap on Celo and more as they come on the celo network. Celo is a mobile-focused DeFi blockchain with native stable coin solutions like cUSD and cEUR.

Moonbeam is an EVM smart contract parachain on Polkadot. This lets existing ecosystems have reached native Polkadot assets like DOT, KSM, and GLMR.

UniDex is integrating Fuseswap for limit orders and aggregation on the Fuse chain as more AMM’s come about. Fuse is a network designed for moving money with ease and worry-free technical knowledge.

Moonriver Network has entered the First Phase of the Parachain Launch to Kusama, during which the network will begin to add community-led collators to the active set.

Moonbeam is an Ethereum-compatible smart contract platform on the Polkadot network that makes it easy to build natively interoperable applications.

As a parachain on the Polkadot network, Moonbeam will benefit from the shared security of the Polkadot relay chain and integrations with other chains connected to Polkadot.

Parallel Finance is a decentralized money market protocol that offers to lend, stake, and borrow in the Polkadot ecosystem. As the relationship between Polkadot and its “canary network” Kusama, Heiko Finance is the sister network to Parallel and the parachain they want to launch on the Kusama blockchain. You can join Waitlist at Parallel Finance Waitlist Competition

To encourage the Polkadot community and the development of its ecosystem, MEXC now supports Kusama parachain slot auctions. Users will simply and conveniently participate in these slot auctions on MEXC with zero transaction fees. Participants stand to gain $DOT rewards from MEXC as well as rewards from the projects that they have voted for: $PHA $CRU $PKS $BNC $SKU $CRING.

Shiden is a smart contract platform for Kusama-based DApps. It is a canary project of Polkadot-based multi-chain DApp hub Astar Network. Shiden won with a total of 137,020 KSM tokens bonded.

While Nsure Network is a crypto-insurance platform for Open Finance, the PolkaCover platform is a new-gen insurance marketplace. This integration will bring a unique variety of insurance products to the marketplace. Know more about this partnership here.

This partnership will allow Konomi Lend to integrate Math wallet for asset management. Konomi Lend will also add Math tokens as a borrowed asset and provide the option to be collateral base on the governance of the community. Know more about this partnership here.

Polkadot (DOT/AUD) is LIVE on Binance AUS, creating the ability to trade $DOT / $AUD with the lowest AUD trading fees in Australia.

The purpose of Encode is to educate, support, and catalyze the emergence of new talent in the blockchain space. They work across 100 universities worldwide, running hackathons, accelerators, education series, and investing and recruiting the best to join leading blockchain companies.