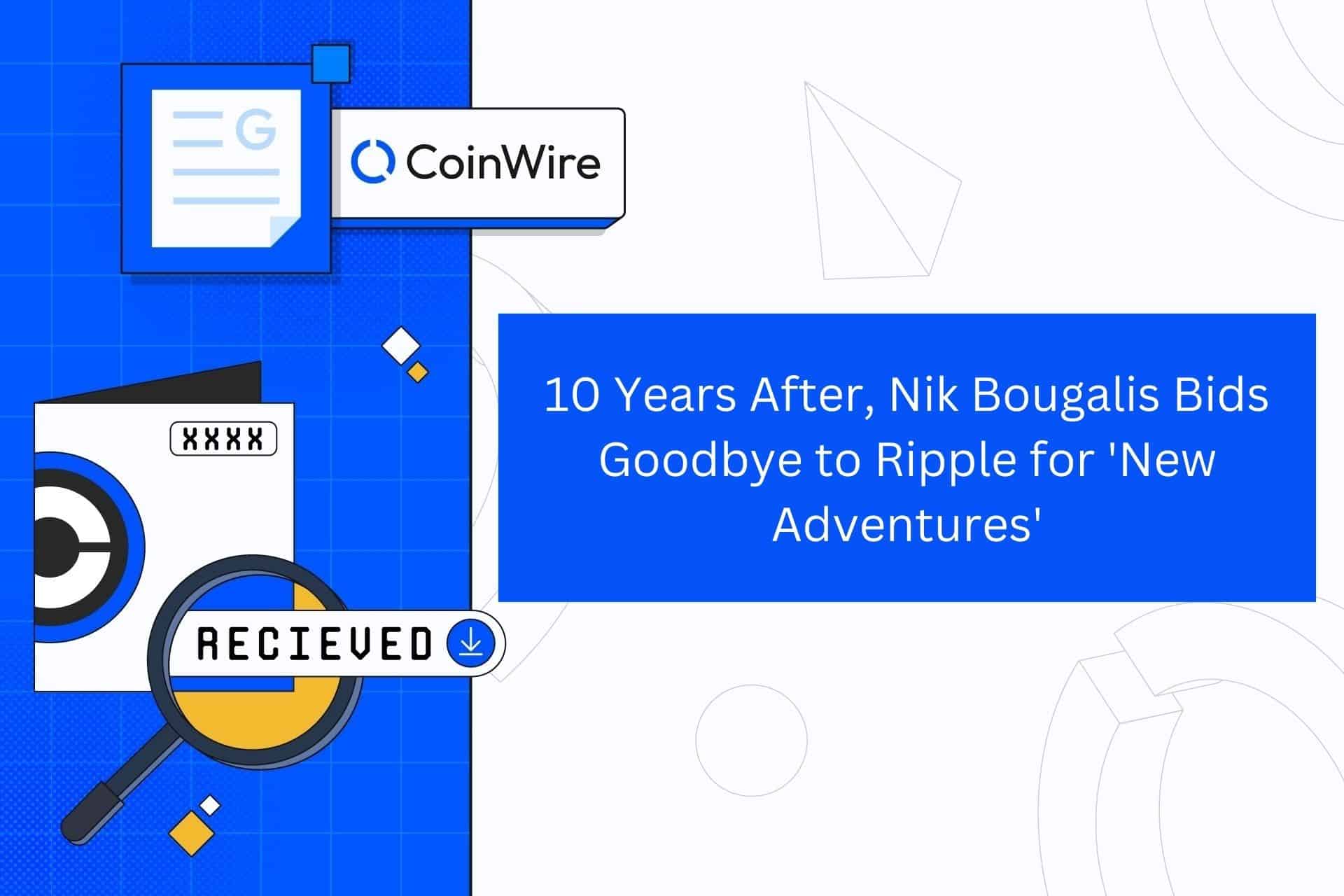 Nik Bougalis, Ripple’s chief engineer, has announced his resignation from the firm to pursue new opportunities, which he has chosen not to divulge. Bougalis made the news on Twitter, saying that his decade-long adventure at Ripple had been amazing because he was allowed to work on a project he loved towards a goal he believed in, but that this trip was set to end in a few weeks.

Bougalis was supposed to be in charge at Ripple of managing a number of changes to the ledger’s code base, including the introduction of NFT, which is set to become live in November. His resignation coincides with the start of testing for the new XRP ledger sidechain’s interoperability with Ethereum-based smart contracts.

This attempts to acquaint developers with a much bigger Ethereum Virtual Machine (EVM) software before deploying their individual work onto Ripple. Although not directly connected to Bougalis’ resignation, Ripple is currently in the midst of a legal dispute with the Securities and Exchange Commission (SEC) over whether XRP is deemed a security.

Nik Bougalis has formally announced his departure from Ripple, the corporate organization behind the XRP Ledger, where he has been the director of engineering for the past decade. His resignation from Ripple was announced via a tweet on his Twitter account. He then stated that he is not joining any other blockchain project or getting engaged in any other non-fungible tokens (NFTs).

During his time at Ripple, he managed the development of the XRPL’s code, which included, but was not limited to, the modification of XLS-20, which enabled developers to launch their NFTs straight to the ledger. There may have been a number of issues discovered in the XRPL’s code, however they are likely to be fixed by the November critical update.

However, Bougalis emphasized that XRP will continue to work normally even without him. He went on to say that the long-term health and profitability of XRPL is not dependent on any one person. Furthermore, he claimed that Ripple would continue to have fun even without him because the firm still has brilliant and enthusiastic employees that contribute and participate in its development.

Despite the fact that Bougalis’ resignation will not have a significant impact on the XRP Ledger technology or the XRP asset, it will create a temporary hole that must be addressed shortly. Although he leaves a vacancy on Ripple, he has no plans to work for other firms.

Bougalis’ departure from XRP adds to the list of high-profile personnel leaving a cryptocurrency company. As we all know, many top crypto executives and leading personnel have left their positions in the midst of the crypto winter. Celsius’ Alex Mashinsky, FTX US’ Brett Harrison, MicroStrategy’s Michael Saylor, Parity Technologies’ Gavin Wood, OpenSea’s Brian Roberts, Genesis Trading’s Michael Moro, and Kraken’s Jesse Powell are among those on the list.

However, in the case of Kraken, there was no departure, only a stepping down. According to a press release from Kraken, the company’s Co-Founder and CEO Jesse Powell is stepping down from the position and will be replaced by COO Dave Ripley. He was expected to become the new chairman of the company’s board after stepping down, with a focus on product development and crypto industry advocacy.

According to the same press release, COO Ripley has held the position for six years. During that time, he has assisted in numerous acquisitions, grown the company’s workforce by 60 times, and secured numerous international regulatory licenses and partnerships. Ripley says that in his new role, his goal is to hasten the adoption of cryptocurrencies by a wider audience.

Powell’s resignation and Ripley’s appointment to the position can be traced back to reports from earlier this year that claimed the said co-founder was deemed a “bad fit” for the job by some of their company’s employees. where he threatened to take their pay and leave unless they committed to the company. Despite this, Kraken managed to become one of the top cryptocurrency exchanges in the world under Powell’s leadership.

The Securities and Exchange Commission (SEC) and Ripple are still engaged in a public legal dispute over whether or not the XRP cryptocurrency qualifies as a security, which is unrelated to Bougalis’ departure from the company.

According to recent reports, Ripple recently won another battle with the regulatory body by obtaining the documents they had been requesting from the former SEC official who had claimed that ether (ETH) was not a security. These papers are very important and could greatly bolster Ripple’s legal defense.