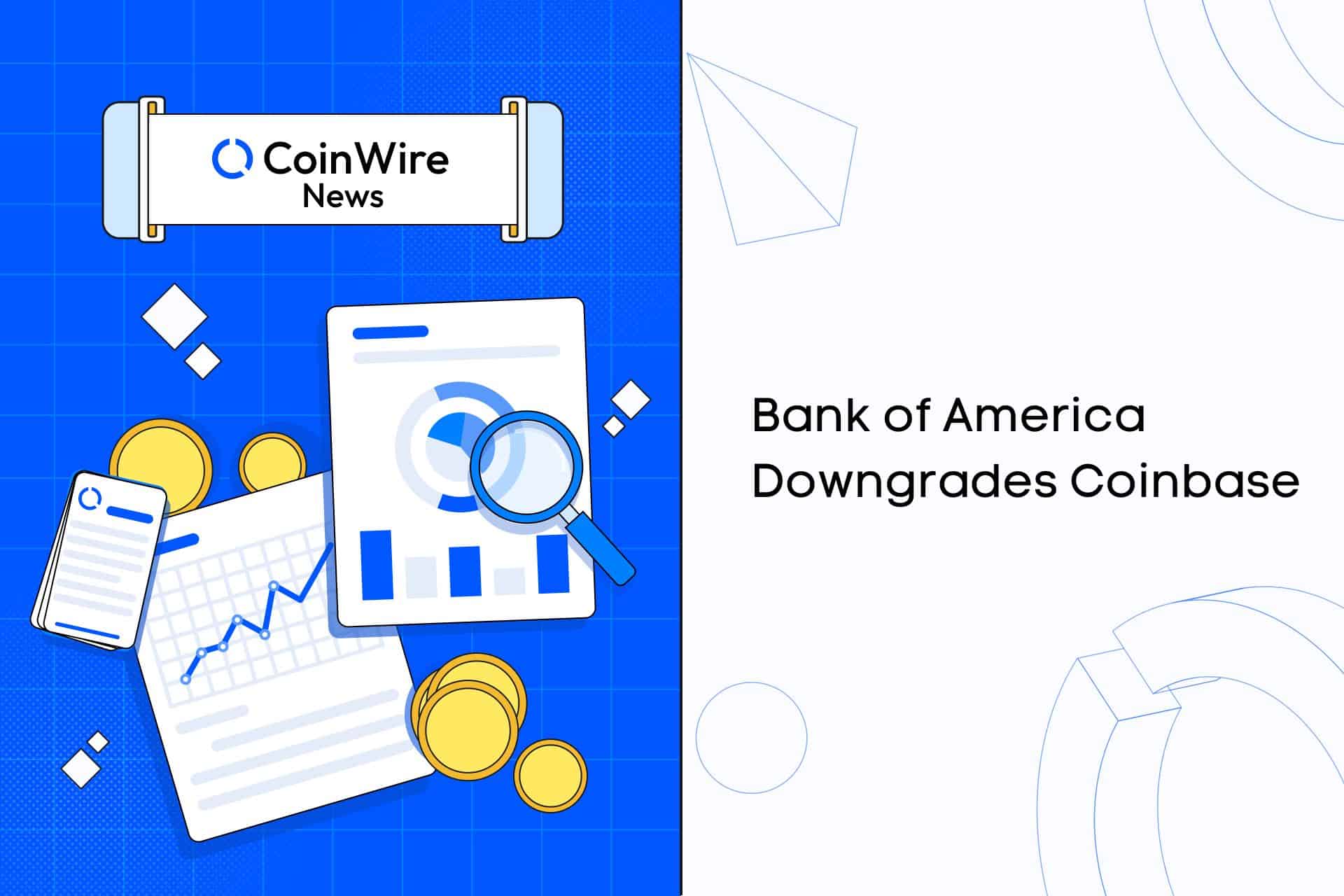 Bank of America recently announced that it was downgrading the stock of Coinbase, a well-known US cryptocurrency exchange, from buy to neutral. Following this announcement, COIN dropped by 7% in 24 hours and was seen to be trading at $45.36, representing an 86% drop from its all-time high of $357.39 on November 9, 2021.

According to Jason Kupferberg, senior equity research analyst at Bank of America Merrill Lynch, the bank believes Coinbase is facing a slew of new ‘headwinds’ in the near/medium term as a result of the recent collapse of rival crypto exchange FTX, which has resulted in their decision to downgrade COIN to neutral in order to lower their estimates.

The FTX turmoil can be traced back to when documents from the crypto exchange platform’s sister company, Alameda, were leaked, revealing that Alameda’s assets were in FTX-issued FTT tokens and other highly illiquid assets. Both of the aforementioned troubled companies were founded by Sam Bankman-Fried, who was dubbed the “Crypto Genius.”

The aforementioned move prompted Binance CEO Changpeng “CZ” Zhao to announce that his company would liquidate its entire position in FTT. This action had a significant impact on the token, even causing it to crash as many investors and traders rushed to sell their holdings.

As a result, several consumers lost trust in FTX, resulting in a “bank run” on the exchange and a liquidity crisis. Later, on November 11, FTX filed for bankruptcy, but on November 8, Brian Armstrong, Coinbase CEO, used Twitter to reassure customers and investors that Coinbase was safe, citing that it had no exposure to FTX, FTT, or Alameda Research.

As it turned out, those sentiments did not reassure the market, and the fallout from the FTX collapse was felt throughout the crypto industry. Whereas Coinbase Chief Financial Officer Alesia Haas stated in an interview that the current situation is similar to the 2008 financial crisis in that it exposed poor credit practices and poor risk management.

SEC Chair Gary Gensler expressed similar sentiments, claiming that one of those players had the toxic combination of lack of disclosure, customer money, a lot of leverage, and then attempting to invest with that, and then when markets turned against them, it appears that a lot of customers lost money.

According to Nasdaq data, Coinbase is down 86.44% for the year. Whereas Bank of America’s Kupferberg stated that they are confident COIN is not another FTX, this does not mean it is immune to the fallout.

Following the demise of FTX and its sister company Alameda Research, many other cryptocurrency trading platforms are relying on proof of reserves to reassure their customers and investors that they are safe. However, according to a Bank of America research report, these proofs of reserves have numerous flaws that make them untrustworthy.

The bank noted that neither of these crypto exchanges has reported their assets through proof of reserves using Merkle Trees, which are said to be efficient data structures called “hash trees” that can be securely verified and act as a map of customers’ funds and work even when reserves become complicated.

However, the research note cited several flaws, including assets being displayed at a fixed point in time, which opens the door to manipulation, including but not limited to borrowing assets right before the snapshot is taken.

Furthermore, the note implied that proof of liabilities is required to determine leverage and asset safety, whereas proof-of-reserve procedures frequently rely on third-party audit firms, which can be easily manipulated or created by trading platforms themselves. Furthermore, it was claimed that while users may notice asset-liability mismatches, there is no stop button.

Furthermore, according to the report, stablecoin reserves should be audited rather than simply displayed, and decentralized exchange trading volumes are expected to increase until confidence is restored. The report also implied that the crypto industry requires a clear distinction between trading platforms and market makers.

The bank’s research note then emphasizes the importance of regulation, citing that FTX’s regulatory status in the Bahamas makes it unclear whether founder and former CEO Sam Bankman-Fried violated any laws because FTX was not regulated as a broker-dealer.