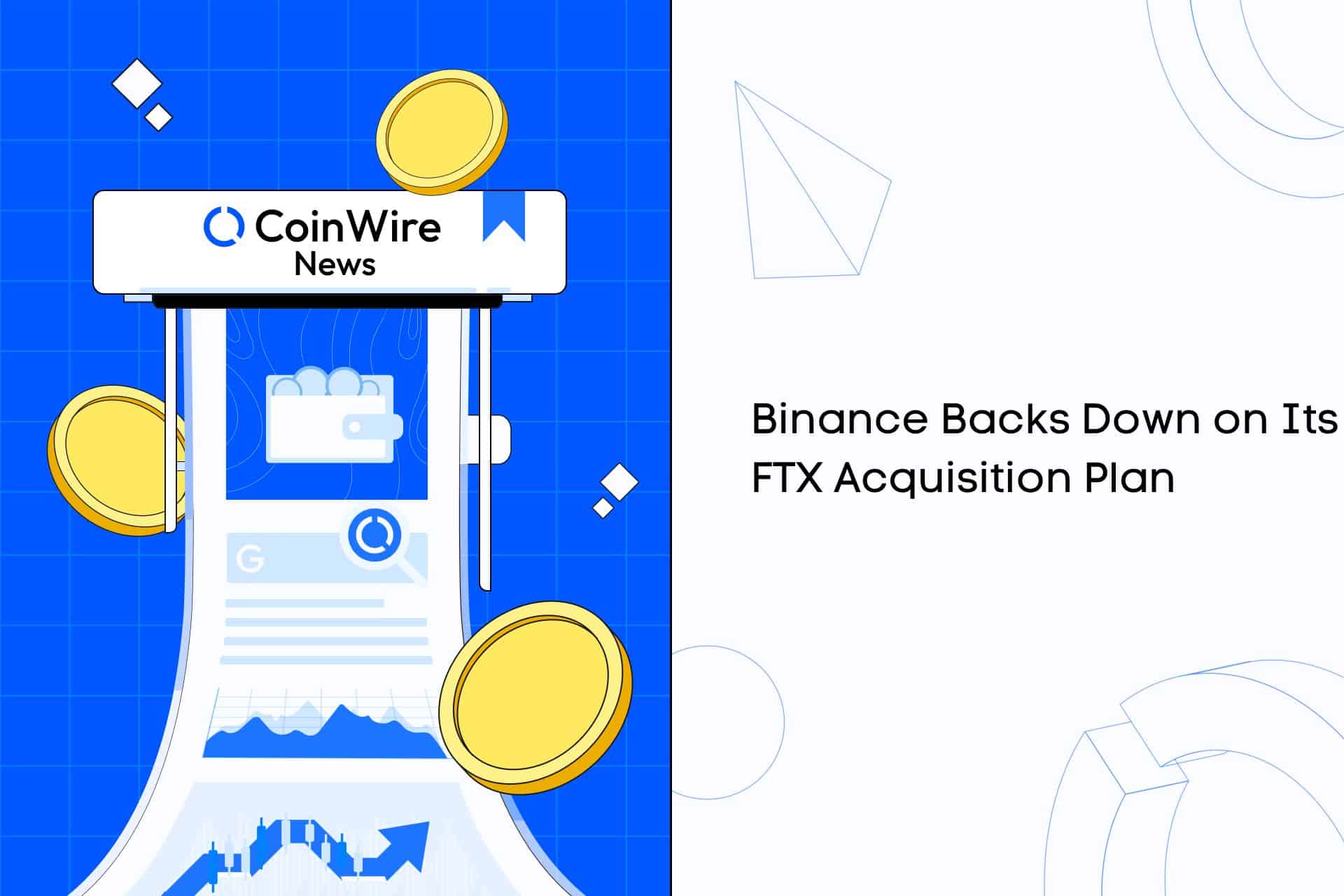 After evaluating its company’s performance for a day, Binance’s proposed acquisition of its well-known and already struggling rival FTX has already left port of the company’s ventures.

Last Tuesday, a non-binding letter announcing Binance’s intention to acquire its rival company FTX was published. According to reports, Sam Bankman-crypto Fried’s empire, FTX, was in a dire financial situation, and the Binance acquisition might have greatly aided them.

However, after reviewing FTX’s internal data and loan commitments for just about half a day, Binance experts have decided against moving forward with the plan. Both businesses opted not to comment further on the current state of the aforementioned deal.

The U.S. stock market and cryptocurrency markets have both experienced losses in the moments since this news was made public, and things are reportedly getting worse. Ethereum drops to its post-Merge low of $1,160 while Bitcoin reaches its 2022 low of around $17,100. While the S&P 500, the industry standard for American stocks, dropped to its daily low.

As previously mentioned, Binance already withdrew its proposed acquisition of Bankman-crypto Fried’s empire, FTX, which had brought the business dangerously close to bankruptcy.

A day after Changpeng Zhao, the CEO of Binance, announced that his company had reached a non-binding agreement to purchase FTX, which has led to a difficult decision has dominated the news. According to news, the planned acquisition will help the struggling company get out of its current liquidity crisis.

In a tweet, Binance stated that while initially planning to support FTX’s customers by offering liquidity, they have come to the realization that the situation is already beyond their control and capacity to assist.

Before it even went to Binance, where the CEO initially agreed to step in, they backed down after some report reviews due to alleged mishandled customer funds and alleged U.S. agency investigations, according to some sources, the FTX CEO Bankman-Fried had been busy scrambling to raise money from venture capitalists and other investors.

Backman-Fried has already informed the investors in his company that emergency funding is required as FTX is currently expecting a shortfall of up to $8 billion as a result of withdrawal requests. The next buyer of the business is still to be determined. The sinking of the Binance-FTX deal boat is just the latest chapter in the story of collapse that has shook the cryptocurrency community this week, though.

The CEO of FTX assured their investors on Monday of this week that the company’s assets were in good hands. However, the CEO of Binance publicly disclosed that his company is selling its holdings in FTT, FTX’s native token, and further asserted that the sale has already begun and the company is powerless to stop it.

According to reports, Binance CEO Changpeng Zhao sent a memo to his staff on Wednesday stating that the company’s proposed acquisition of struggling rival FTX is not a success for it. The CEO then made the memo publicly available on Twitter.

In the note, Zhao added that the rival company’s impending demise would seriously undermine public confidence in the cryptocurrency sector and force regulators to scrutinize exchanges even more. He continued by saying that this would also make it more difficult to obtain licenses globally.

After experiencing a liquidity crisis brought on by worries about the structure of sister company Alameda Research’s balance sheet, FTX has decided to sell itself on Binance. According to reports, Binance responded to this call by offering to sell its FTT tokens, which sped up the exodus of assets from the FTX platform.

Days later, Zhao reminded his staff not to trade FTT tokens while the deal’s due diligence was ongoing. Then he made it clear that although his company still holds FTT tokens, Zhao had instructed his team to stop selling them after speaking with Bankman-Fried.