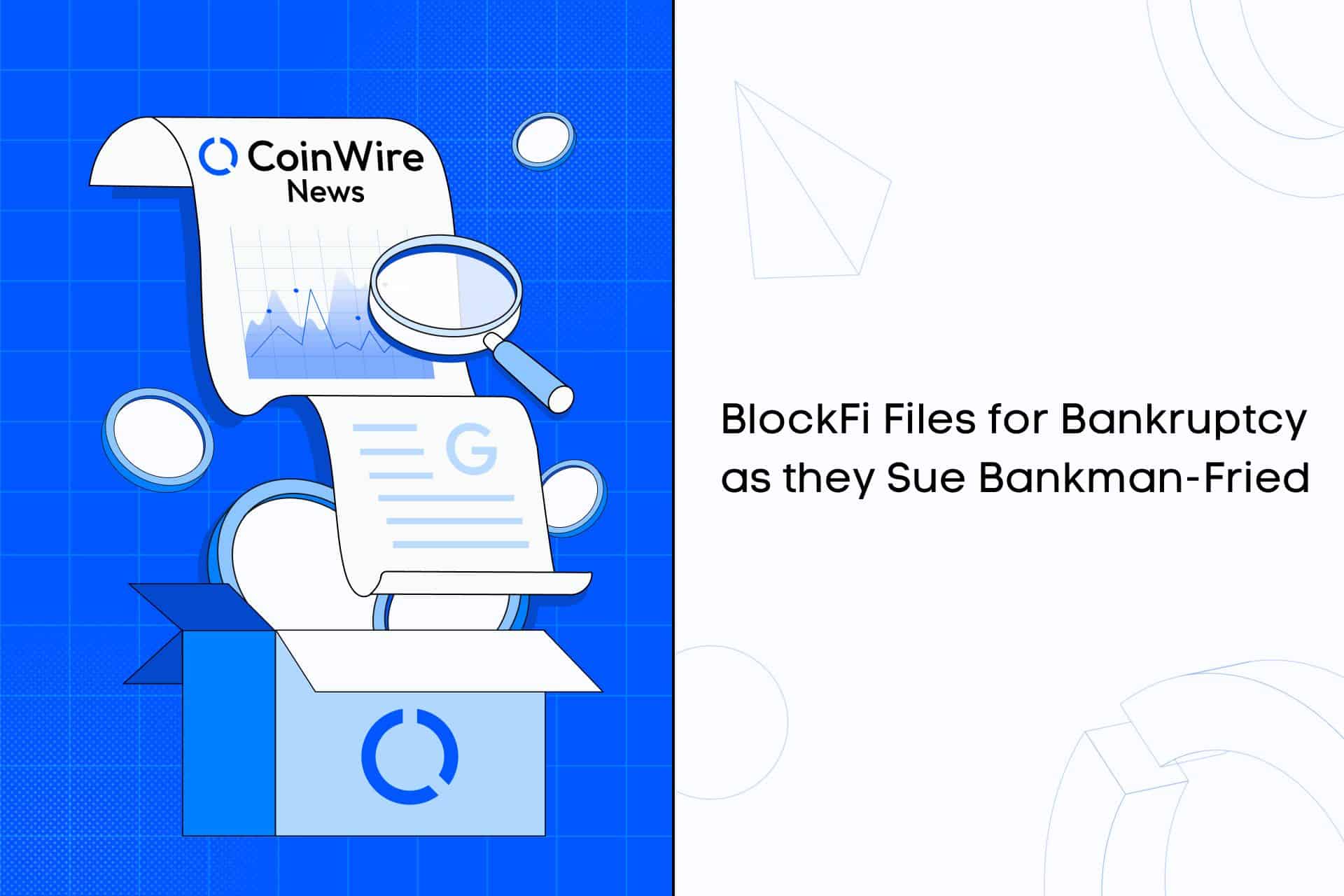 BlockFi, a cryptocurrency exchange that has been struggling since its acquirer FTX went bankrupt, has already filed for Chapter 11 bankruptcy protection in the United States Bankruptcy Court for the District of New Jersey. According to the filing, the crypto exchange platform has over 100,000 creditors, with liabilities and assets ranging from $1 billion to $10 billion.

BlockFi also listed a $275 million loan to FTX US, a well-known arm of Sam Bankman-now-bankrupt Fried’s empire, in the same filing. According to the report, another BlockFi subsidiary in Bermuda has also filed for bankruptcy, concurrently with the filing in the United States.

Bermuda, like the Bahamas, has already embraced cryptocurrency as the future of finance. Both have already established frameworks designed specifically to deal with crypto assets and digital currencies. In which both countries are facing significant legal tests of their crypto regulations, as the Bahamas deals with the demise of FTX and Bermuda deals with the bankruptcy filing of BlockFi.

According to BlockFi’s bankruptcy filing, the company’s largest disclosed client owes nearly $28 million. According to Mark Renzi of Berkeley Research Group, BlockFi’s financial advisor, they are looking forward to a transparent process that results in the best outcome for all clients and other stakeholders.

BlockFi, which was known to have provided trading exchanges as well as interest-bearing custodial services for cryptocurrencies, was one of many firms that were severely impacted and faced serious liquidity issues following the implosion of Three Arrows Capital, and is now experiencing another rough patch following the fall of FTX.

This New Jersey-based crypto exchange platform has already ceased withdrawals of customer deposits while also admitting to having significant exposure to the troubled FTX and its sister trading house, Alameda Research.

Because of its significant exposure to the FTX shutdown, BlockFi was one of the most affected. Back in July, FTX emerged to save BlockFi from bankruptcy by extending a $400 million revolving credit facility and offering to potentially buy the troubled lender. However, since FTX declared bankruptcy in early November, it appears that it is dragging BlockFi back to where it was saved.

According to the report, 130 other affiliated companies are involved in the proceedings, including but not limited to Alameda Research, Bankman-crypto Fried’s trading firm, and FTX.us, the company’s U.S. subsidiary.

The new CEO of FTX, John Ray, stated in a filing with the Delaware Bankruptcy Court that in his 40 years of legal and restructuring experience, he had never seen such a complete failure of corporate controls and such an absence of trustworthy financial information as occurred at FTX.

In a matter of days, FTX went from a $32 billion valuation to bankruptcy as liquidity dried up and customers demanded withdrawals, while rival exchange Binance reneged on their nonbinding agreement to buy the company. Furthermore, gross negligence has been revealed, with Ray claiming that a “substantial portion” of FTX assets may be “missing or stolen.”

After previously being saved, BlockFi is now suing its former savior FTX. This move was allegedly intended to allow BlockFi to seize the Robinhood shares that the FTX founder had pledged as collateral just days before his exchange went bankrupt. The lawsuit was filed last Monday, just hours after BlockFi filed for bankruptcy protection due to a “severe liquidity crunch.”

BlockFi allegedly filed the complaint in the same New Jersey court where it allegedly initiated the bankruptcy proceedings, and they allegedly targeted Bankman-Emergent Fried’s Fidelity Technologies vehicle and demanded it turn over unspecified collateral.

The collateral in question is Bankman-7.6% Fried’s stake in Robinhood, which he purchased earlier this year. This highlights the close connections between crypto ventures, as well as the tangled process that is just getting started as bankruptcy lawyers sort through the collapse of FTX and other businesses affected by it.

According to BlockFi, their severe exposure to the defunct crypto exchange FTX was their ultimate downfall, citing a default on $680 million in collateralized loans by its sister company Alameda Research in early November.

After being rescued, BlockFi is now suing its former savior FTX. This move was allegedly intended to allow BlockFi to seize the Robinhood shares pledged as collateral by the FTX founder just days before his exchange went bankrupt. The lawsuit was filed just hours after BlockFi declared bankruptcy due to a “severe liquidity crunch.”