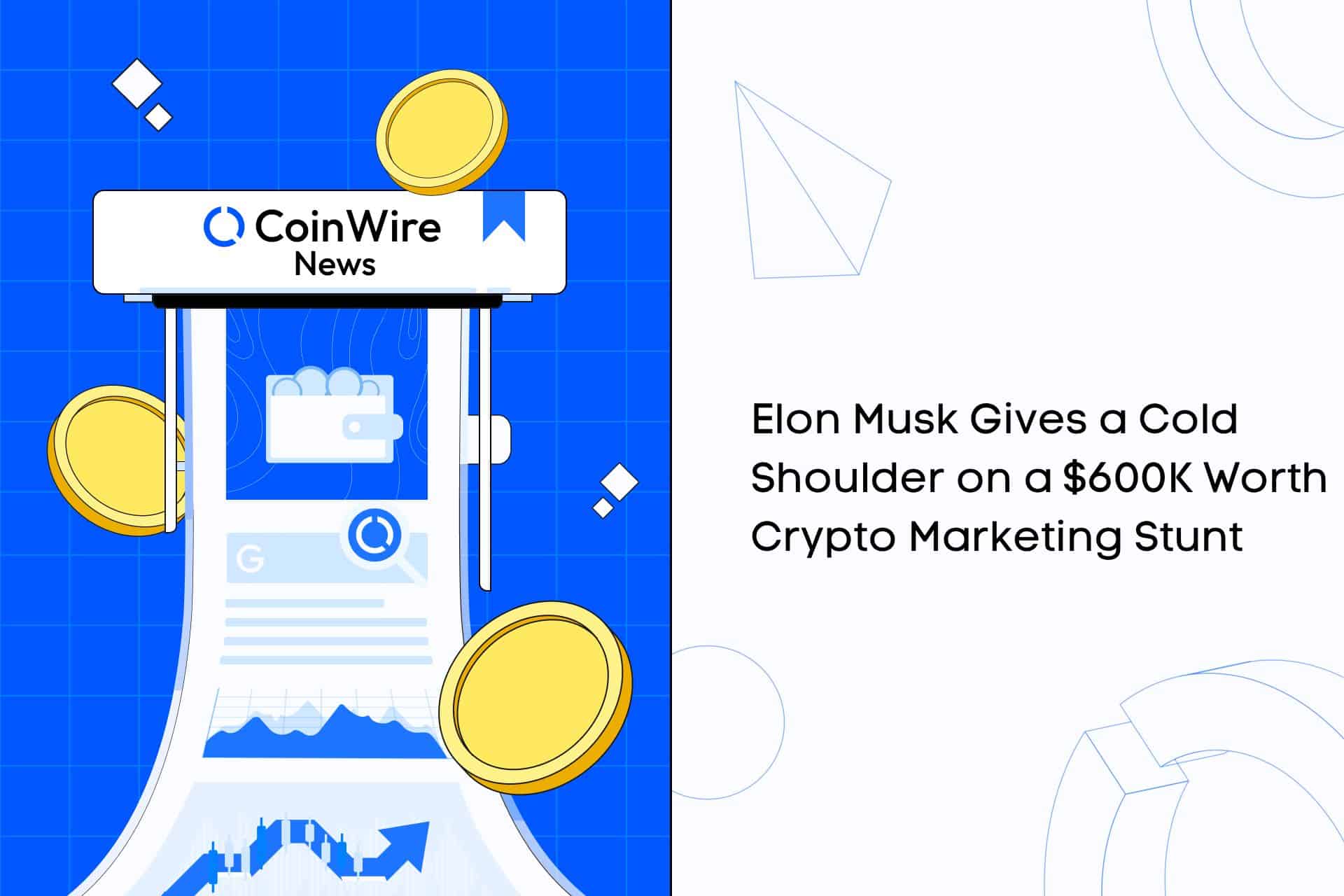 Elon Musk, the CEO of Tesla and Twitter, was said to have turned his back on a statue of him riding a goat that was allegedly worth $600,000 and was a bizarre crypto marketing gimmick. On November 26, the aforementioned statue was delivered to Tesla’s Austin headquarters. It reportedly stood 30 feet tall and weighed 12 pounds of metal. The creators of the memecoin Elon Goat Token claimed that this was a publicity gimmick (EGT).

The said statue depicts the billionaire’s head as being attached to a body in the shape of a goat riding a rocket. Additionally, it was noted that the statue was donning a dog collar with a Dogecoin token fastened to it.

According to the EGT white paper, the aforementioned statue was not only intended for display; it was also designed to be roadworthy and fastened to a 50-foot semi-trailer for transportation. Its conceptual design was created in Los Angeles.

The creators of the EGT referred to themselves as “Elon Superfans” and stated that they were attempting to do something that no other cryptocurrency project had ever done before in order to gain recognition and legitimacy for their endeavor through Musk’s endorsement.

This goal, however, was not really achieved because Musk did not acknowledge the $600,000 monument, at least not on Twitter. The monument gained steam in the eyes of The Wall Street Journal, Business Insider, and The Washington Post despite the CEO’s cold shoulder.

There wasn’t really much information available about the EGT or its intended use. The general public is aware that it was released at the beginning of this year on the BNB Smart Chain, and that it received harsh criticism for both its initial lack of utility features and for its marketing strategy’s emphasis on Elon Musk.

This is just one of the many tokens with Elon Musk themes that have been attempting to leverage the billionaire’s fame in order to market their tokens. Other Elon Musk themes include Dogelon Mars, spaceTwitterDoge, and elonDogeTwit.

Although neither CoinGecko nor CoinMarketCap has information on EGT’s current market cap, EGT was reportedly listed on both sites. Moments after the delivery of the aforementioned statue, its price reportedly spiked and then fell on a monthly basis.

EGT has reportedly already migrated its smart contracts from the BNB Smart Chain to the Ethereum blockchain, in accordance with the project’s white paper, and is now moving toward proving its true utility in the DeFi space.

Over the years, publicity stunts have become a common strategy for crypto projects. One of them is the initial coin offering (ICO) of Ukrainian social network ASKfm from way back in 2018, when they allegedly left 500,000 tokens at the summit of Mount Everest, the highest mountain in the world above sea level.

In the same year, Wong Ching-kit, the proprietor of the Epoch Cryptocurrency website, pulled off another stunt in which he allegedly offered participants a chance to win large sums of money by having them drop stacks of cash off a roof in Sham Shui Po, Hong Kong.

Since joining Time in 2019, Grossman has been a steadfast supporter of cryptocurrencies and blockchain technology. He established the respective magazine’s NFT business, TIMEPieces, which has amassed a profit of more than $10 million.

The upcoming transition was reportedly one scary feeling for the president because it was something new and different after years of operationalization, according to the president. He asserted that they have always seen TIMEPieces as a community led by stewards, not founders, even though they also saw his new position as stable.

He held leadership positions in significant publishers before joining Time, including Condé Nast’s Wired and Bloomberg. Maya Draisin, the former chief brand officer of Time, will now take charge of the TIMEPieces.