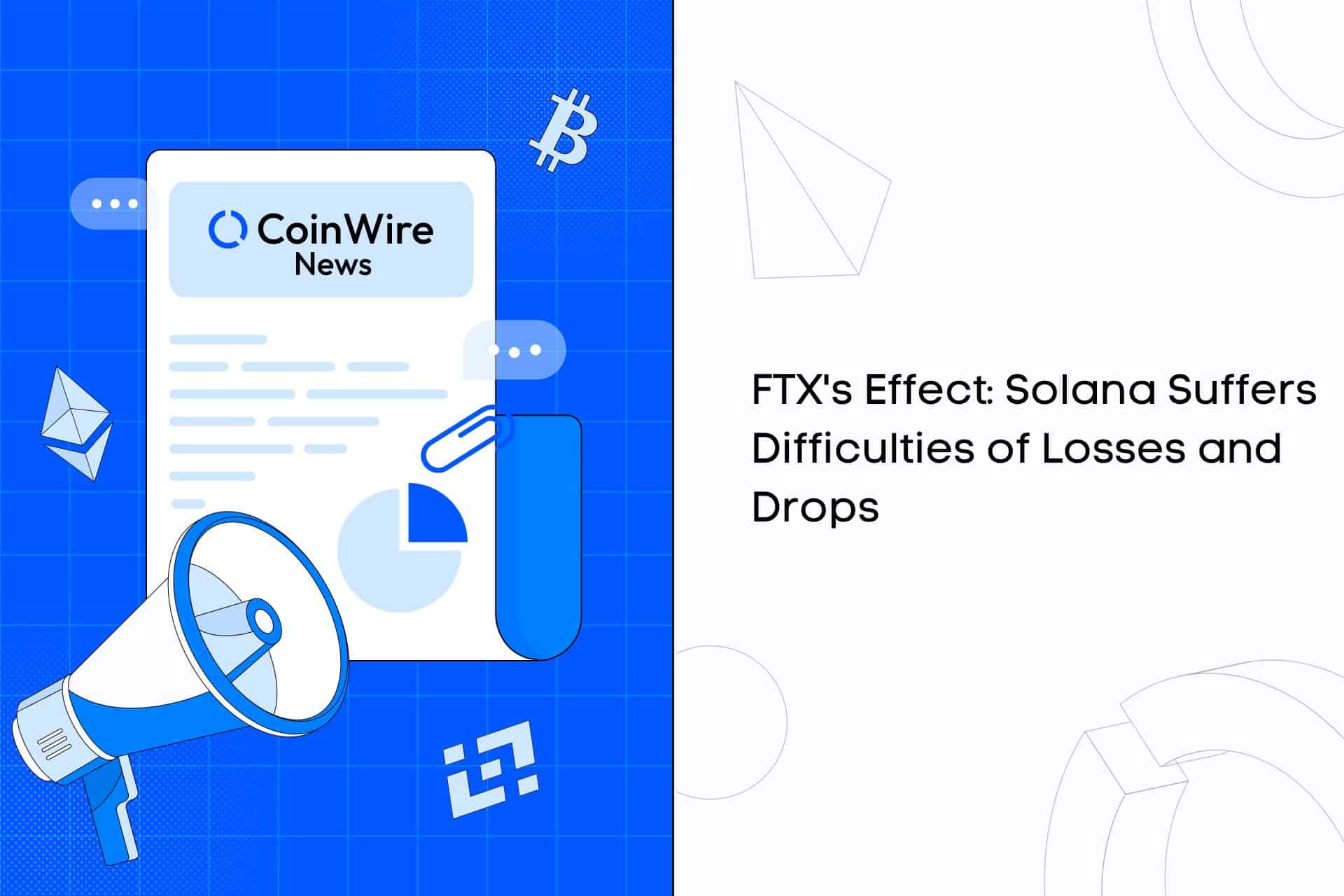 Tether recently announced a $1 billion chain swap to move USDT from the Solana blockchain to the Ethereum blockchain. The announcement came in the wake of the collapse of cryptocurrency exchange FTX, which had previously been considered one of the largest cryptocurrencies by market cap.

Solana is currently ranked 16th by market capitalization and has dropped 25.4% in the last seven days. It is now trading at $13.33, a 95% decrease from it’s all-time high of $256. A chain swap, according to the report, is the process of moving cryptocurrencies from one blockchain to another. Tether was seen to have taken this action in the event that demand for its stablecoins shifted from one blockchain to another. Tether did it in mid-2020, when Tether swapped $1 billion in USDT from Tron to Ethereum twice.

Solana, like Tron and other smart-contract blockchains, is an Ethereum competitor, and like any cryptocurrency in the market, the big ones like Bitcoin and Ethereum were seen to have plummeted, but Solana’s case was deemed to be worse.

Solana has a long history with FTX, which was once considered one of the largest crypto exchange platforms in the industry. FTX was known to have made significant investments in Solana-related crypto projects. It has also played an important role in the development of Serum, Solana’s primary decentralized exchange and DeFi liquidity provider.

Back when FTX was hacked and withdrawals were halted, Serum was discovered to be essentially offline. The Solana DeFi developers allegedly blocked access to Serum, citing the fact that the project’s private keys were housed within FTX and fears that it had also been compromised.

Furthermore, the Solana Foundation, which has been instrumental in the growth of the Solana blockchain, admitted to having $1 million in cash or equivalent assets locked up on FTX. Crypto.com announced last week that it would discontinue support for USDC and USDT on Solana.

Binance quickly followed suit. who announced yesterday that it would temporarily suspend Tether (USDT) and USD Coin (USDC) deposits on Solana’s blockchain. Stablecoins are widely used by crypto traders because, unlike other cryptocurrencies, they are not volatile because they are pegged to a real-world asset such as dollars or euros. Stablecoins are also useful for those who want to buy or sell digital assets quickly without using fiat currencies. Stablecoins are also useful in the world of DeFi. Having said that, Tether is known as the world’s largest stablecoin issuer, and its digital dollar tokens can be used on a variety of blockchains, including Ethereum, Tron, and Polygon.

Solana was known to be in a close competition with one of the industry’s largest cryptocurrencies, Ethereum, but now, as a result of the FTX collapse, Solana is experiencing its most difficult period in its two-year existence. Solana’s total locked value was seen to have dropped by 70% since November 7, to $303M. Furthermore, its toke has lost a quarter of its value in the last seven days, compared to Ether’s 7% drop.

This was attributed to Solana’s close ties to the defunct crypto exchange platform FTX and Alameda Research, its sister company, which was seen to have invested in several Solana projects between December 2020 and March 2022.

Prior to its demise, FTX handled $10 billion in daily trading volume, but on November 11, it declared bankruptcy and is now under investigation by the United States. The Department of Justice, as well as other federal and state agencies In a bankruptcy court filing last Thursday, the company’s new CEO and turnaround specialist John J. Ray claimed that the company was a “complete failure of corporate control.”

Solana Labs co-founder and COO Raj Gokal, on the other hand, attempted to rally support for his network by tweeting that this ‘crucible’ moment for the Solana ecosystem is as difficult as the last one, but the difference is that there are 10x more of them to band together this time.

It should be noted that Solana Labs co-founder and CEO, Anatoly Yakovenko, also tweeted on November 9th, claiming that he had already learned his lessons from the crypto crash in 2018, and that the company is now maintaining reserves to sustain the company’s current burn rate for approximately 30 months.