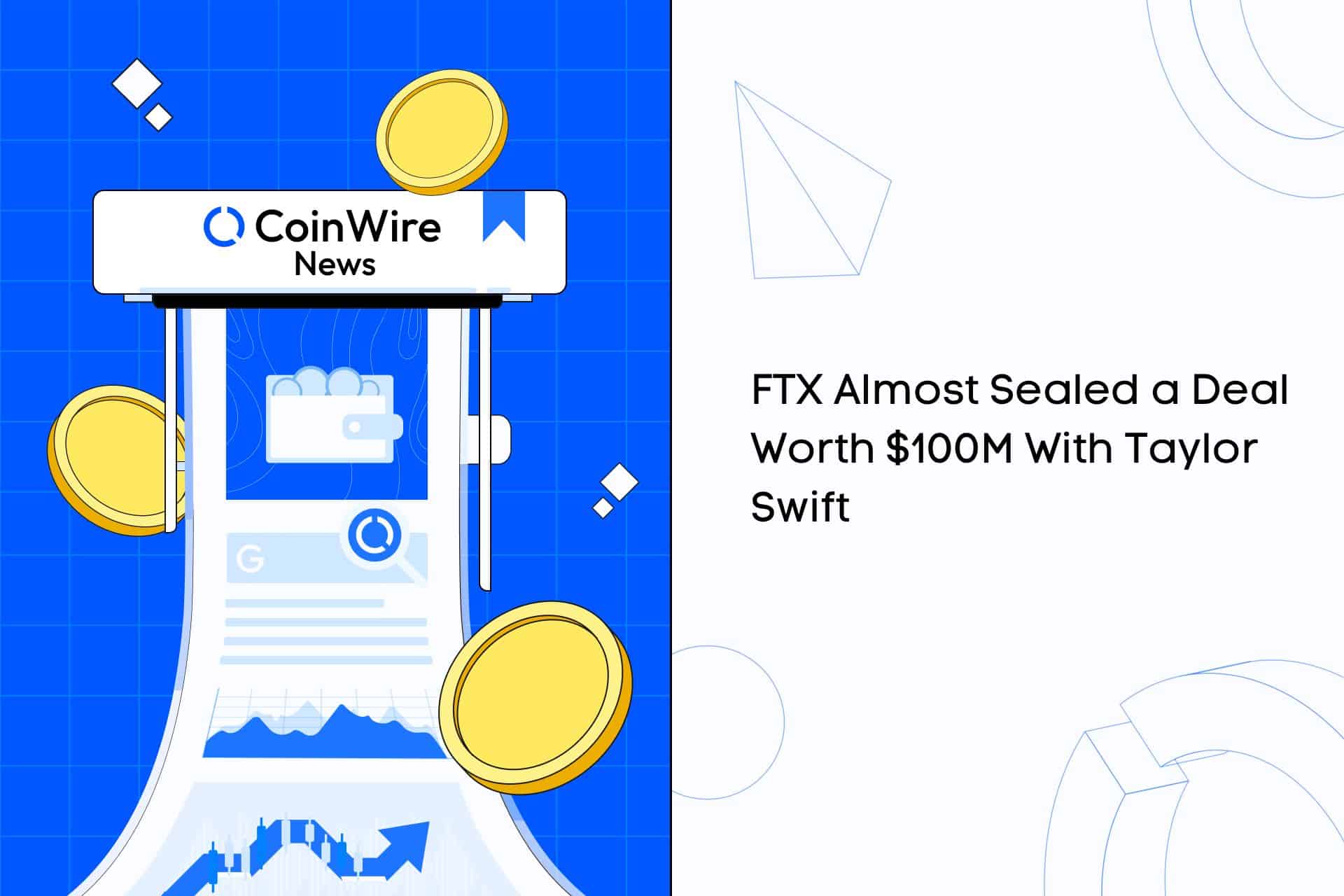 The former CEO of the collapsed crypto exchange platform, FTX and the famous singer-songwriter, Taylor Swift almost closed a $100 million deal. The talks regarding the deal that the fallen crypto empire and famous singer “almost” had happened before the collapse, in which it was already on the final phases when the liquidity crisis and bankruptcy came to light.

In light of the crypto winter that has affected almost all companies in the crypto industry, Sam Bankman-Fried originally wanted to pursue the deal with the singer despite disapproval from the other executives who wanted to preserve cash and eradicate expenses on celebrity endorsements.

As previously mentioned, the said deal was almost signed and sealed by the two parties but it all went crashing down as the news of the liquidity crisis surfaced and dominated the internet. If the deal was closed, it could have cost $100 million to FTX for the next 3 years. According to a source “no one really liked the deal” due to it was worth millions of dollars, which will eventually increase the company’s expenses in a circumstance that i is still trying to be afloat. The source then added that “it was too expensive from the beginning.”

Another reason for other executive’s approval is that having Taylor Swift – a singer as their celebrity endorser won’t help them reach their target demographics. The executives even predicted that the said deal could have led to a disaster if it ever went through, they even criticized SBF’s move by saying that he was too immersed in the idea of bringing celebrities in and failed to look at the downsides of the idea.

Before its great fal, FTX has been promoted in TV sports, in which several sports and entertainment celebrities have advertised the exchange through their social media ads, these celebrities includes but not limited to NBA player Stephen Curry, Japanese tennis player Naomi Osaka, and American football quarterback Tom Brady. American comedian Larry David also featured in an ad for the exchange.

FTX entered 2022 worthing $32 billion, and now that the year is about to come to an end, it is now on its bankruptcy proceedings. A lot of blame has been thrown to its CEO, while Mike Novogratz has called for it to be jailed. Novogratz claimed that the FTX debacle led investors to lose trust in crypto. He further claimed that SBF was “delusional” about what happened and his culpability in it. He deemed that SBF needs to be prosecuted and spend time in jail.  While on the other hand, SBF still claims his innocence in everything that have happened.

Manhattan prosecutors are looking into the possibility that SBF might have had a hand in the collapse of the Terra blockchain and its Luna stablecoin. According to the report, federal prosecutors are already investigating whether or not SBF has manipulated the market price of the two doomed, interlinked currencies earlier this year.

In which, the same report has concluded that other  blockchain analysts believe that the crash of Terra and Luna have eventually led to the collapse of FTX. In which the report further argues that U.S. prosecutors are eyeing the possibility of SBF tweaking the prices of two interlinked currencies in favor of the entities he controlled, which includes but not limited to FTX and Alameda Research.

Terraform Labs created the TerraUSD, an algorithmic stablecoin that uses an arbitrage network to buy and sell Terra’s cryptocurrency, LUNA, to maintain its peg to the U.S. dollar. After Terraform Labs inundated the market with Luna tokens in May, TerraUSD lost its peg to the US dollar. The following week saw the once-dominant stablecoin drop further from its peg, bringing the price of the Luna token down to fractions of a cent.

According to the article, the action was brought on by a flurry of sell orders for TerraUSD that an unnamed insider claimed to have received from FTX. In an apparent effort to make “a huge profit,” FTX had also shorted the price of Luna at that precise moment.