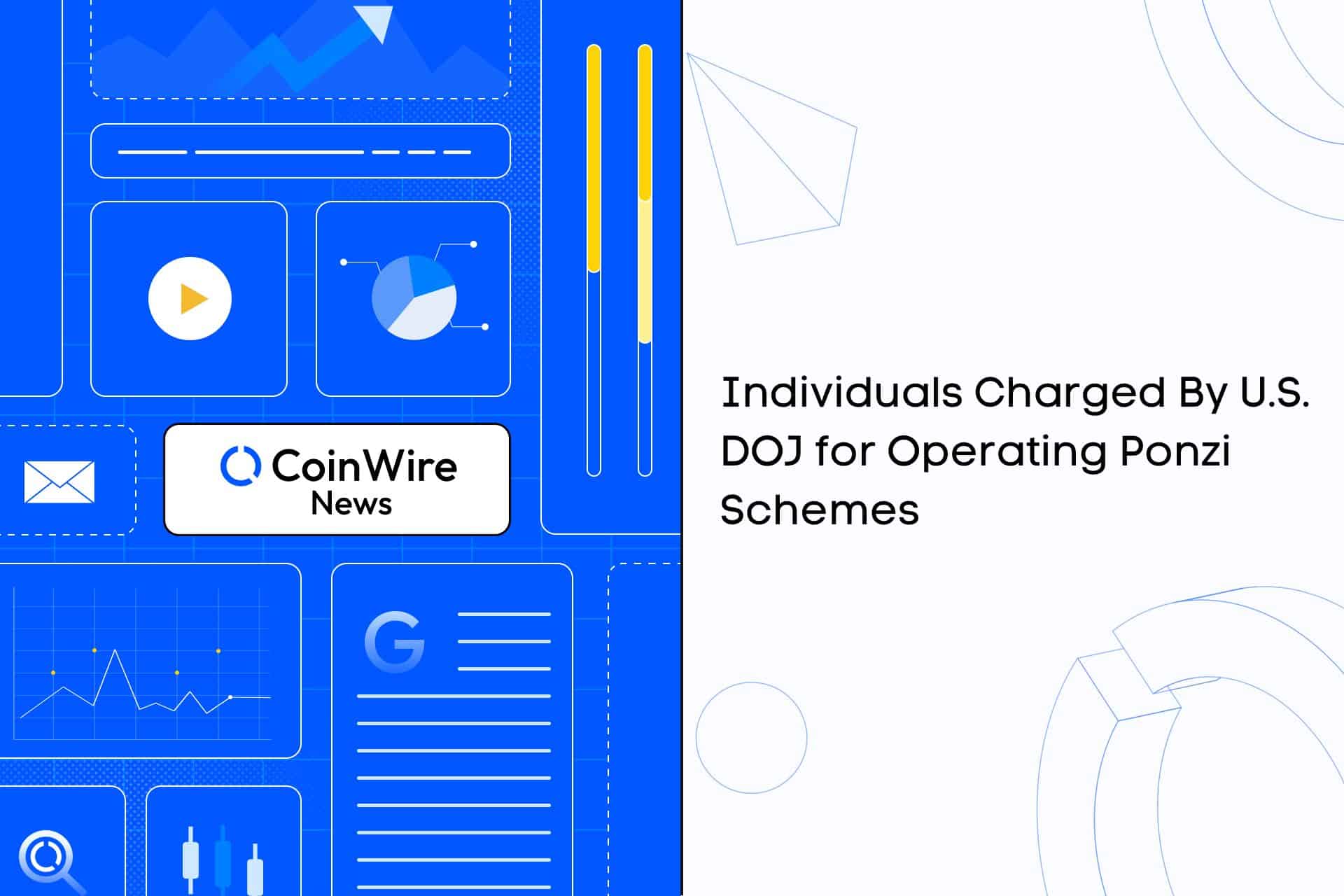 The IcomTech and Forcount, also known as Weltsys, are allegedly operated by nine people who are being sued by the US Department of Justice. wherein American Damian Williams The aforementioned indictments, according to attorneys, are meant to serve as a warning to all cryptocurrency scammers that the government is allegedly after them. Where the lawyer also said that even though theft is concealed in cryptocurrency terminology, theft is still theft.

The Department of Justice has accused David Carmona, Marco Ruiz Ochoa, Moses Valdez, Juan Arellano, David Brend, and Gustavo Rodriguez of conspiring to commit wire fraud because of their work with IcomTech. which, in accordance with the Department of Justice, dates from the middle of 2018 to the end of 2019.

The Department of Justice has accused Francisley Da Silva, Juan Tacuri, and Antonia Perez Hernandez of working with Forcount in the second indictment, citing those collaborations. In which, from the middle of 2017 to the end of 2021, the Pozi scheme in the aforementioned company was active. Additionally, Silva and Tacuri were alleged to have planned to commit money laundering.

The report claims that the founder and promoters of the schemes deceitfully assured investors who later became victims that the profits from mining and trading cryptocurrencies would result in a daily return on their investments. Additionally, the aforementioned founder and promoters guaranteed that the investments of the aforementioned investors would double in value in just six months.

The same prosecutors are now accusing the two aforementioned businesses of running Ponzi schemes despite not actually trading or mining cryptocurrency. In this case, it is claimed that the funds obtained from their victims were used to pay off other victims and promote the global scheme at “lavish” expos in order to find new victims and enrich themselves.

Justice Department on the Move

The prosecutors claim that profits were visible and reflexive on the respective online portals for the schemes, but when investors who became victims attempted to withdraw the said profits, they were unsuccessful, which ultimately resulted in the loss of their entire investment.

In addition, the prosecutors asserted that IcomTech and Forcount’s promoters had allegedly siphoned off hundreds of thousands of dollars from victim funds for their own use, including the purchase of luxury goods and real estate.

The Justice Department’s Money Laundering and Transnational Criminal Enterprises Unit is currently handling this case. According to Homeland Security Special Agent Ivan J. Arvelo, many people have been drawn into schemes like this by the excitement and possibility of making a large sum of money.

One of the top executives of the FTX group of companies have unveiled to the that funds were commingled between the crypto exchange and its sister trading firm Alameda Research.

The co-chief executive of FTX’s Bahamas entity, Ryan Salame, called FTX Digital Markets and told the Bahamas Securities Commission clients’ assets that were allegedly held with FTX Digital were transferred to Alameda Research. This information was revealed through a letter to the Bahamas Police Commissioner.

The Executive Director at Securities Commission of The Bahamas, Christina Rolle, wrote to the commissioner and claimed that this information constitutes to “misappropriation, theft, fraud or some other crime.” In which Salome insisted that there were only three people who could have transferred the funds, which coud only be the  former CEO Sam Bankman-Fried, Nishad Singh, or Gary Wang.

The issue of commingling of funds between Bankman-Fried’s companies is reportedly the main issue in the FTX saga. According to the arrested former CEO of FTX, Bankman-Fried, he didn’t “knowingly commingle funds.”

The U.S. is bringing charges against Bankman-Fried. Securities and Exchange Commission with fraud, and the justice department is accusing the former CEO of FTX of having given Alameda Research access to FTX client funds by setting up a special line of credit for the company.