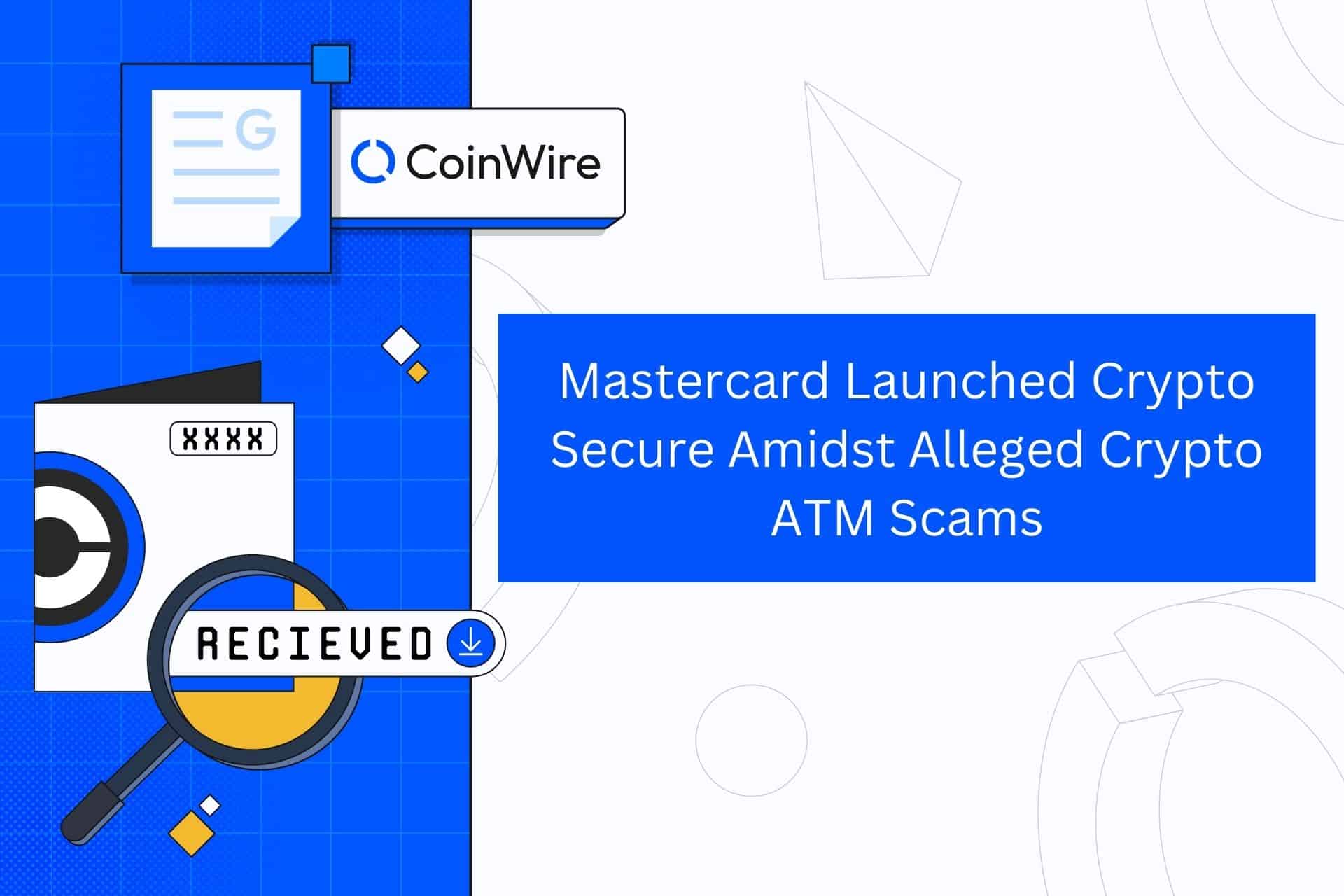 Mastercard introduced Crypto Secure, a new product powered by CipherTrace, with the goal of assisting in assessing the risk of crime associated with crypto merchants on the bank’s network in the midst of the proliferating Crypto ATM scams such as “pig butchering scams.”

Mastercard introduced their new product, Crypto Secure, earlier this week, with the goal of assisting in assessing the risk of crime associated with crypto merchants on the bank’s network. CipherTrace, a blockchain security startup acquired by Mastercard last year, will power this new product.

In the midst of the growing crime in the nascent digital asset market, one of the world’s largest payment card network processors, Mastercard, launched its newest product. According to the United States Federal Bureau of Investigation’s (FBI) Miami Field Office, crypto ATMs, such as the one released by Mastercard in collaboration with Hi, are known to be an avenue through which scammers receive funds from defrauded victims.

This new system, according to the report, employs “sophisticated” artificial intelligence algorithms to identify or determine the risk of crime associated with cryptocurrency exchanges within the Mastercard payment network. The Crypto Secure is said to rely on data from the blockchain, a public record of cryptocurrency transactions, as well as other sources.

To assist banks and card issuers in determining the risk of criminal activity associated with cryptocurrency exchanges, the Crypto Secure platform displays a dashboard with color-coded ratings that aim to represent the risk of suspicious activity, with the severity of the risk ranging from “red” for high risk to “green” for low risk. Crypto Secure does not make the final decision on whether or not to reject a specific crypto merchant; this is left up to the card issuers.

The Technology Behind Crypto Secure

The technology used in Crypto Secure is simply an extension of Mastercard’s technology for preventing fraud in fiat currency transactions. According to Ajay Bhalla, Mastercard’s president of cyber and intelligence business, this new product ensures that its partners remain compliant with the complex regulatory landscape.

He also stated that the company’s goal is to provide the same level of trust for digital asset transactions for consumers, banks, and merchants as it does for digital commerce transactions. More banks and payment companies have been slowly entering the cryptocurrency space with their own services for trading and storing digital assets in recent months, with compliance being a key focus.

More than a week after the release of the Mastercard and Hi partnership’s Crypto ATM project, and a day after the announcement of Mastercard’s Crypto Secure, the public has been warned by the United States Federal Bureau of Investigation’s (FBI) Miami Field Office that Crypto ATMs are allegedly used by scammers to receive funds from defrauded victims.

According to a public warning issued on October 3, the fraudulent act is known as “pig butchering scams,” in which scammers pose as a potential romantic partner or even a long-lost friend in order to “fatten up” the victim’s trust by feeding them lies and interest.

Following that, the scammer will introduce investment discussions during their conversation. During the scam, the scammer is said to coach the victim through the “investment process,” after which they are encouraged to continue making deposits by the fraudsters.

The FBI and the Internet Crime Complaint Center have already made it public that if a user falls victim to this scheme, there will be no way for them to recover their funds. These agencies, on the other hand, have observed that scammers frequently ask their victims to send funds via crypto ATMs, in addition to more traditional methods such as wire transfers and prepaid cards.

This pig butchering scheme has been around for quite some time, and law enforcement agencies have issued warnings about it. Although some of the victims are allegedly uneducated about these new technological innovations, there are also tech savvy victims.

Scams have been reported around Crypto ATMs this year, with scammers pretending to be public officials, law enforcement agents, or employees of local utility companies and ordering their victims to send payments for bills or unpaid taxes in order to avoid further penalties. Scammers will sometimes attack emotionally and pose as potential romantic partners.

Government agencies have issued warnings to the public to always verify the investment opportunities that are presented to them first. Furthermore, the general public must be aware of the domains and URLs of websites that are sent to them. Finally, before downloading any applications, make sure they are legitimate.

According to Coin ATM Radar, the United States currently has approximately 33,500 cryptocurrency ATMs, accounting for 87.4% of global crypto ATM distribution.