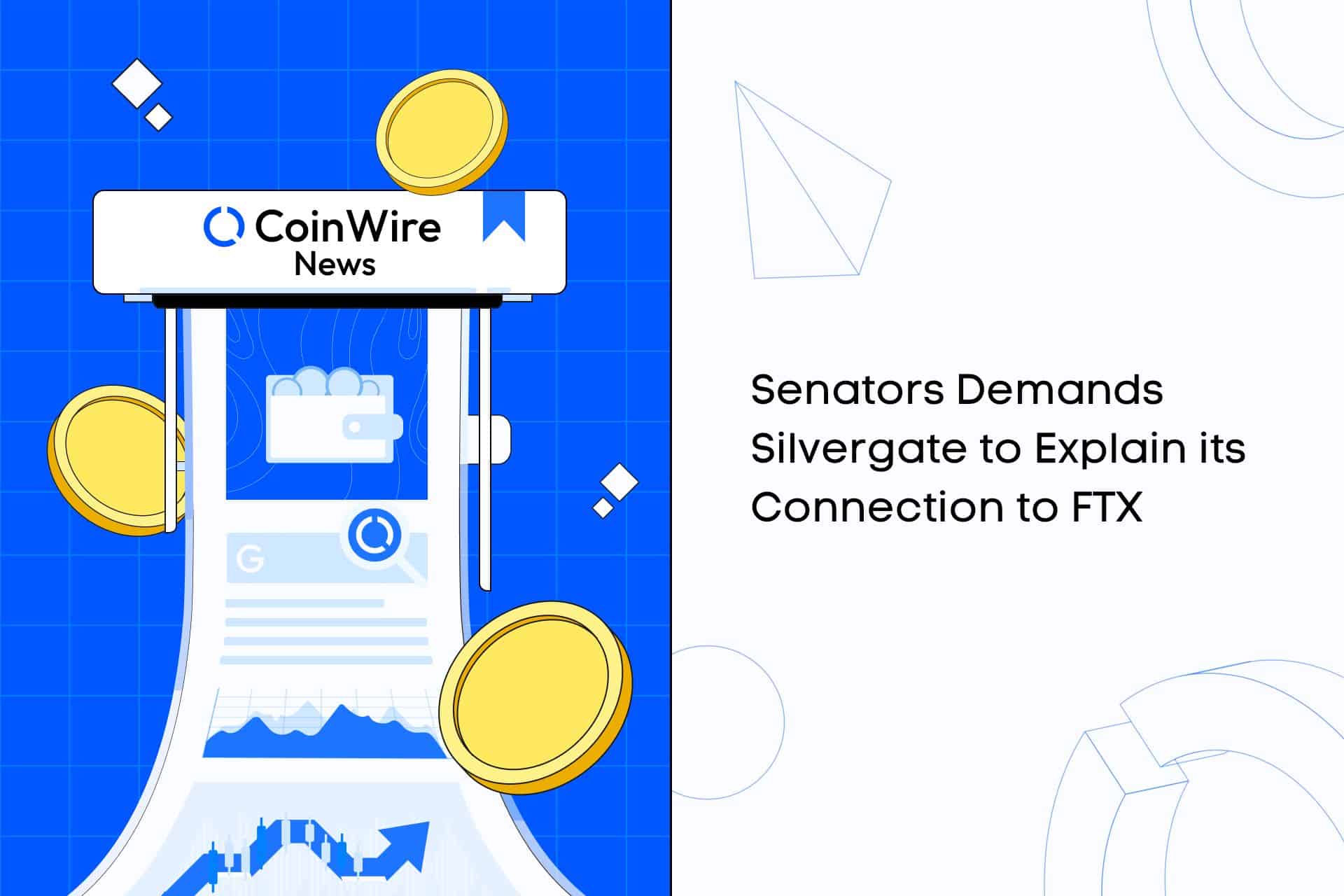 As the CEO of the now-defunct cryptocurrency exchange platform FTX and the Crypto Genius, Silvergate Bank once held the ace card when it came to providing banking services to the cryptocurrency community. In a featured testimonial, Bankman-Fried even stated that “Life as a crypto firm can be divided up into before Silvergate and after Silvergate,” adding that he finds it difficult to explain how Silvergate has revolutionized banking.

This prominent CEO sentiment has disappeared from FTX in the midst of its collapse. In addition, Silvergate’s CEO, Alan Lane, has been raising concerns about the bank’s relationship with FTX and other Bankman-Fried companies, which has been causing a stir among their institution’s public shareholders.

The Senate banking committee’s Massachusetts Democrat Elizabeth Warren and two of her Republican colleagues sent a letter to Lane and Silvergate earlier this week asking for details about the bank’s dealings with FTX and the Bankman-Fried entities.

In a letter to the company, the aforementioned legal counsel claimed that following the demise of FTX, new claims regarding the firm’s business practices have continued to emerge. They express concern in the aforementioned letter about Silvergate’s alleged facilitation of the transfer of FTX customers’ funds to Alameda, which was one of FTX’s nefarious activities.

Republican Senators John Kennedy of Louisiana and Roger Marshall of Kansas co-signed the aforementioned letter and raised concerns about Silvergate’s vigilance in notifying their respective clients of any suspicious activity in their accounts, as required by banking regulations.

Senators Elizabeth Warren, John Kennedy, and Roger Marshall, as previously mentioned, have written to Silvergate requesting information about the part that company played in facilitating transfers between bankrupt exchange FTX and its sister company, Alameda Research.

There have been allegations that the former CEO of the bankrupt cryptocurrency exchange platform FTX, Sam Bankman-Fried, transferred a sizable amount of customer funds from the exchange platform to his company Alameda Research.

The senator’s letters were written in the midst of allegations made by those who were skeptical about the possible involvement of Silvergate in the alleged activity. Around 20 different accounts at Silvergate were held by FTX and affiliated companies in Bankman-crypto Fried’s empire, according to the bankruptcy filing.

The respective bank then responded, claiming that, like many others in the cryptocurrency industry, they were simply the victims of apparent customer asset misuse and other errors in judgment on the part of FTX and Alameda Research. They then make a commitment to working completely together to allegedly correct their own records regarding their participation in the ecosystem for digital assets. By December 19th, the bank must formally reply to the senators.

CEO Attempts to Address the Issue

Alan Lane, the CEO of Silvergate, wrote a public letter in an effort to “set the record straight” regarding rumors that he described as “misinformation” being spread by purported “short sellers” and other opportunists who were allegedly trying to profit from market uncertainty.

The CEO then asserted that during the onboarding process and ongoing monitoring, the relevant bank had performed extensive due diligence on FTX and its related entities, including but not limited to Alameda Research. He added that any potentially troubling activity was looked into and reported as such in accordance with the bank’s own systems and regulations.

Silvergate reportedly has a sizable deposit relationship with the now-failed exchange even though it may not be FTX’s creditor. In which the bank revealed a month ago that deposits from the collapsed cryptocurrency exchange accounted for almost 10% of its $11.9 billion in deposits from customers of digital assets.

Short-sellers now have a new worry that has something to do with the stock of the bank. In which it reportedly fell 8.5% on Monday during regular trading and has since fallen by 53% for the month.

Regarding this, the CEO asserted that the company has a strong balance sheet and plenty of liquidity, and he added that the lender purposefully carries more cash and securities than deposit liabilities related to digital assets.