‘Solana Killer’ is Getting Killed? Aptos Off to a Rocky Start After Receiving Backlash From the Crypto Community 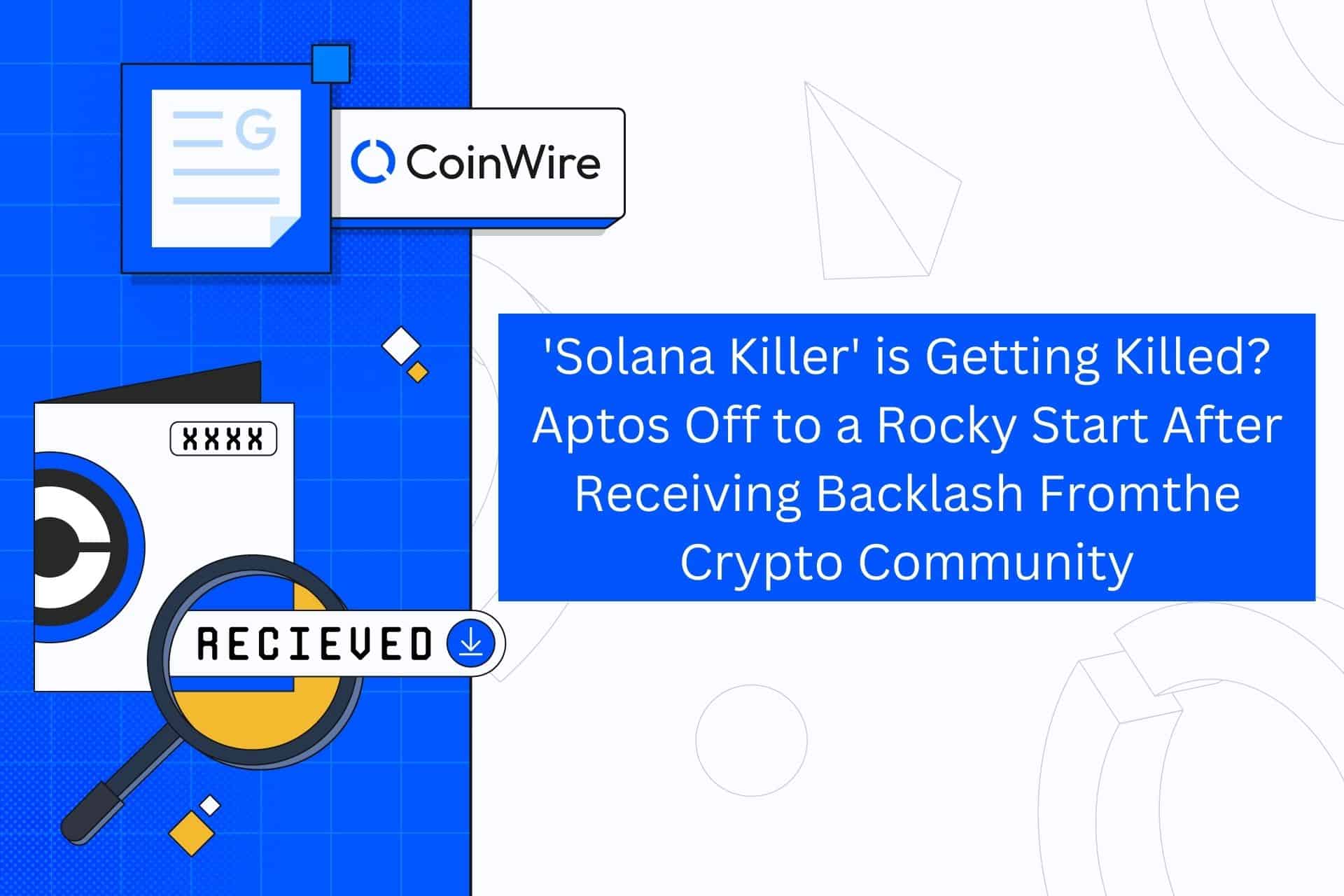 The Layer 1 blockchain Aptos, which was labeled as the potential “Solana killer” due to its optimistic claims during the trial phase, is currently having trouble getting off the ground after it was shown to have a slower transaction speed than promised as well as certain tokenomics problems.

Due to its promise of exceptionally quick transaction times, the recently released Layer 1 blockchain Aptos, which was founded by former Meta personnel, has been dubbed the “Solana Killer.” However, the Layer 1 blockchain was unable to deliver on that promise and is already off to a rocky start.

However, the team stated in their Aptos Discord that the TPS displayed was not a “function of network activity” and that there had been no user transactions as of yet because the mainnet was scheduled to be live the next day.

Aptos provided a summary of its token distribution and incentive programs, which became contentious and sparked many people in the cryptocurrency Twitter community, amid claims that the company got off to a sluggish start and criticism from the community over its native APT tokens.

There were supposedly 1 billion Aptos coins in the initial total supply when the mainnet went live on October 17 of last year. The community received 510 million Aptos tokens, 190 million went to the project’s core developers, and the remaining tokens were reportedly given to the Aptos Foundation and other investors. There are 410 million Aptos tokens currently held by the Aptos Foundation, and they will be distributed over the course of the following ten years.

Finally, Aptos Labs, the centralized organization that creates and manages the blockchain, was said to hold 100 million tokens. According to Aptos, there is a four-year lock-up period starting from the mainnet launch for tokens that are currently held by private investors and current core contributors.

Aptos is the most recent well-publicized attempt to create the ideal blockchain for smart contracts and code that supports the vast universe of NFTs, DAOs, and DeFi, in addition to being branded as the potential “Solana Killer.”

A long time ago, in 2019, Meta—then known as Facebook—was purportedly working on Libra, their own blockchain initiative called Diem. However, Meta shelved their blockchain project in response to pressure from government officials and criticism from the cryptocurrency community.

On the other hand, the project’s creators recognized the usefulness of the project through its “parallel execution,” which is a technique for arranging and merging transactions in order to drastically speed up the process.

The Aptos team asserted that it could process more transactions per second than Ethereum and Solana during its testing phase. The Move programming language, which is known to give priority to scarcity and access control, is supposed to be associated with the Aptos ecosystem in addition to being faster.

According to reports, Aptos secured a $200 million strategic round in March from major investors like Andreessen Horowitz as it prepared to launch. Additionally, earlier in the summer of this year, they were successful in raising a $150 million Series A investment, which was led by FTX.

Numerous Web3 experts believed that investors may switch from Solana to Aptos as a result of these profitable fundraisers and the huge sums collected.

The Rocky Start and Negative Reactions

As indicated earlier, Aptos was considered to be the “Solana killer” due to its claims of being “the safest, most scalable layer-1 blockchain,” however there were several warning signs even before the platform’s introduction.

This includes problems with the Aptos token’s tokenomics, which the general public was led to believe didn’t exist. The team responded to this concern by explaining how the Aptos token will function in a Tweet. Aside from tokenomics, the fundamental problem with it was that it did not live up to its claim of being the quickest and safest blockchain when it was officially deployed.

The project’s negative reception from the crypto Twitter community added to the already unstable beginning. Particularly, the Twitter user with the handle ParadigmEng420 reports that there has been a breakdown in communication and that transaction speeds are lower than advertised.

The Aptos Discord, which was used to promote blockchain, briefly went offline at the same time, which led to more concerns about the centralized distribution of Aptos tokens. Cobie, a crypto podcaster, questioned this since he didn’t think a token listed on FTX and Binance would have such murky tokenomics.

Hassan Bassiri, vice president of portfolio management at cryptocurrency investment firm Arca, was informed of Cobie’s predicament and noted that while every centralized exchange was offering the Aptos tokens, there was no publicly available information regarding its tokenomics.