Solana’s Price Pumps Because of This! 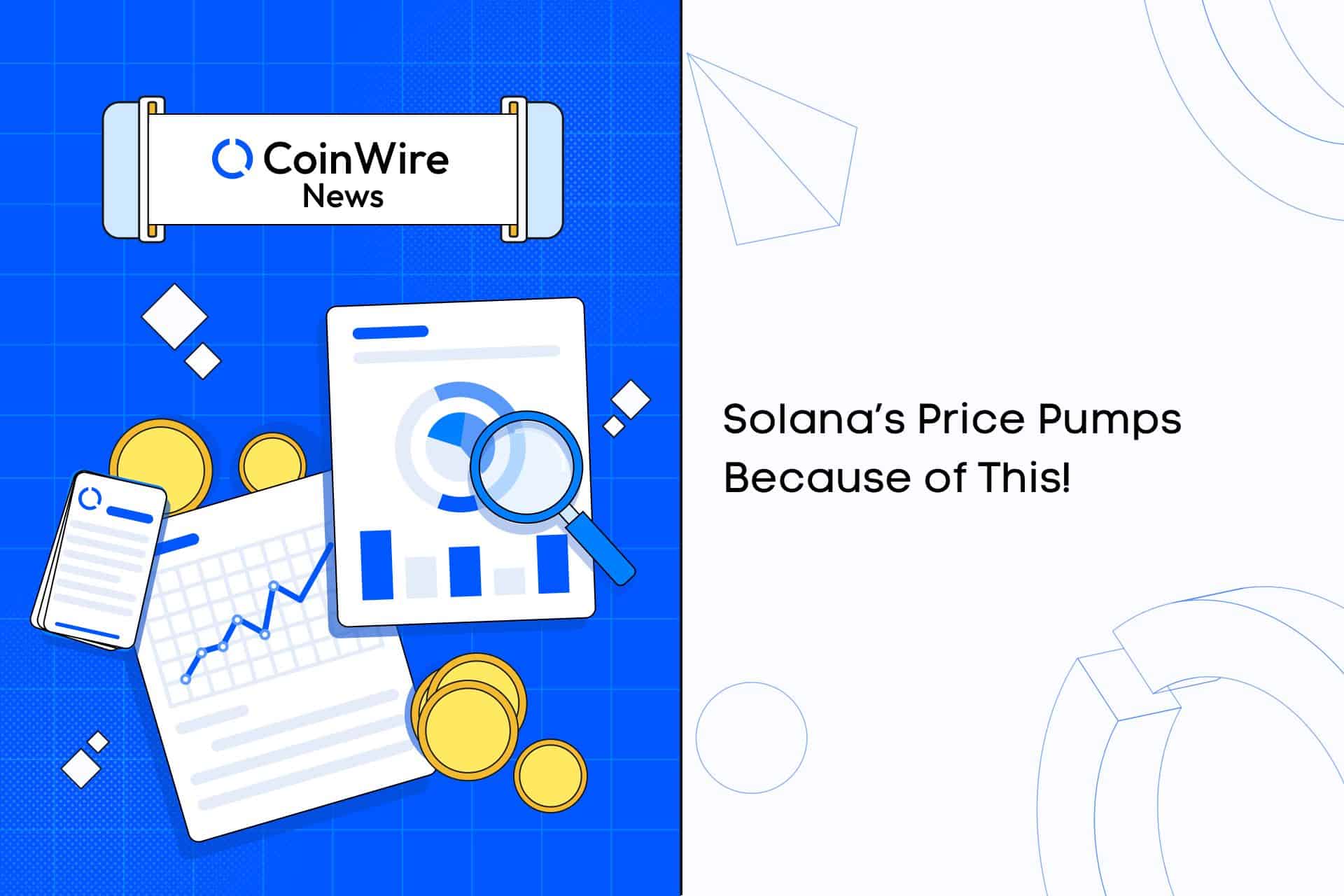 After going through a rough patch in the previous few days, Solana has seen an 11% increase in the last 24 hours, according to CoinGecko. In light of this recent pump, Solana was seen to have reclaimed its $11 worth after trading in the single digits for several days.

Aside from the price increase, Solana has received a boost from Vitalik Buterin, the Ethereum founder, who claimed via tweet that “smart people” that there is a “earnest smart developer community in Solana,” and that the chain has “a bright future” in the midst of “the awful opportunistic money people have been washed out.” The Ethereum founder also shared his outlook for the crypto and hopes the

Despite Solana’s strong start to the year, the slumps that have plagued the “Ethereum killer” in recent months have yet to be overcome. Solana has fallen nearly 20% in the last few months, and it has lost nearly 95% of its original value since reaching an all-time high of nearly $260 in November 2021.

Furthermore, Solana was previously known to be in fifth place on the list of largest cryptocurrencies by market cap, but due to the market situation and several falls, it was seen to end the year in the 19th spot and even fell out of the top 20 earlier this year.

FTX Drags Solana to its Fall

Solana, dubbed the “Ethereum Killer,” has suffered greatly as a result of the collapse of FTX, a once-dominant crypto exchange platform. Solana was known to be dragged down by the collapse of the exchange platform, as the price drop began when the Solana Foundation revealed details of its financial entanglement with the FTX and its sister firm Alameda Research.

The aforementioned fall has had a significant impact on Solana and respective Solana-based projects, given that prior to the industry-shaking fall, Alameda Research reportedly invested in more than 15 Solana projects totaling approximately $3.26 billion.

Aside from the price fluctuations, a number of large-scale projects have announced plans to exit the Solana ecosystem in recent months. DeGods, a popular NFTs collection that uses the Solana network, is said to be migrating to the Ethereum ecosystem in the first quarter of this year. Another popular NFT project, yOOts, is planning to migrate to Polygon, an Ethereum-based Layer-1 network.

The Reason Behind The Pump

As previously stated, Solana had a strong start to the year due to the recent discovery of a pump. The price increase was caused by increased interest among Solana community members in the newly launched token, BONK, which is themed after the shiba inu dog breed. Last week, the said token claimed that it would airdrop 50% of its token supply to users.

The community has taken notice of the aforementioned airdrop. Solana NFT collections, which consist of 297,000 individual NFTs, will receive 20% of the total airdrop supply. Another 10% is guaranteed to go to Solana-focused artists and collectors. Airdrops are commonly used as a user acquisition strategy; they are the uninvited distribution of a cryptocurrency token or coin, usually for free, to a large number of wallet addresses.

Over $19 million in on-chain volumes were recorded in the last 24 hours on the newly launched BONK. Bonk has over 85,000 holders and a market capitalization of nearly $93 million since its launch on Christmas Day. In addition, data shows that over 500,000 bonk token transactions were completed in the last week.

Given the success, it was discovered that several Solana projects had already integrated bonk tokens for use as payment for listed NFTs. Some, on the other hand, have already implemented “burn” mechanisms for NFT-based events. This action entails removing coins from a cryptocurrency’s overall supply.

In light of the community interest, BONK was seen to have increased by approximately 95% in the last few hours, while its competitors and leading memecoins remained unchanged, including the Shiba Inu and Dogecoin.

Solana About to Redeem Itself

Solana appeared to be on the verge of redeeming itself as investors and crypto companies reworked their strategies in order to recover this year. Solana was one of the so-called “Sam Coins,” which are coins backed by FTX founder and former CEO Sam Bankman-Fried.

After months of decline, Solana is now up more than 20% in early 2023, despite the fact that the token ended last year 94% lower against the dollar. Solana has already established itself as the best performing top-50 token of 2023 in less than three days of the new year.

This is an excellent start, given that the aforementioned token reached single digits for the first time in two years last year. Where it was seen to have dropped by less than 10% and lost 75% since FTX’s demise. The reason for this was that Bankman-Fried was a major supporter of the smart contracts-focused protocol Solana.

Since August of 2020, FTX has acquired over 58 million SOL tokens from the Solana Foundation and Solana Labs. While Alameda Research, its sister company, reportedly held about $1.2 billion in SOL tokens ahead of the crippling bank run on FTX, which is now bankrupt.