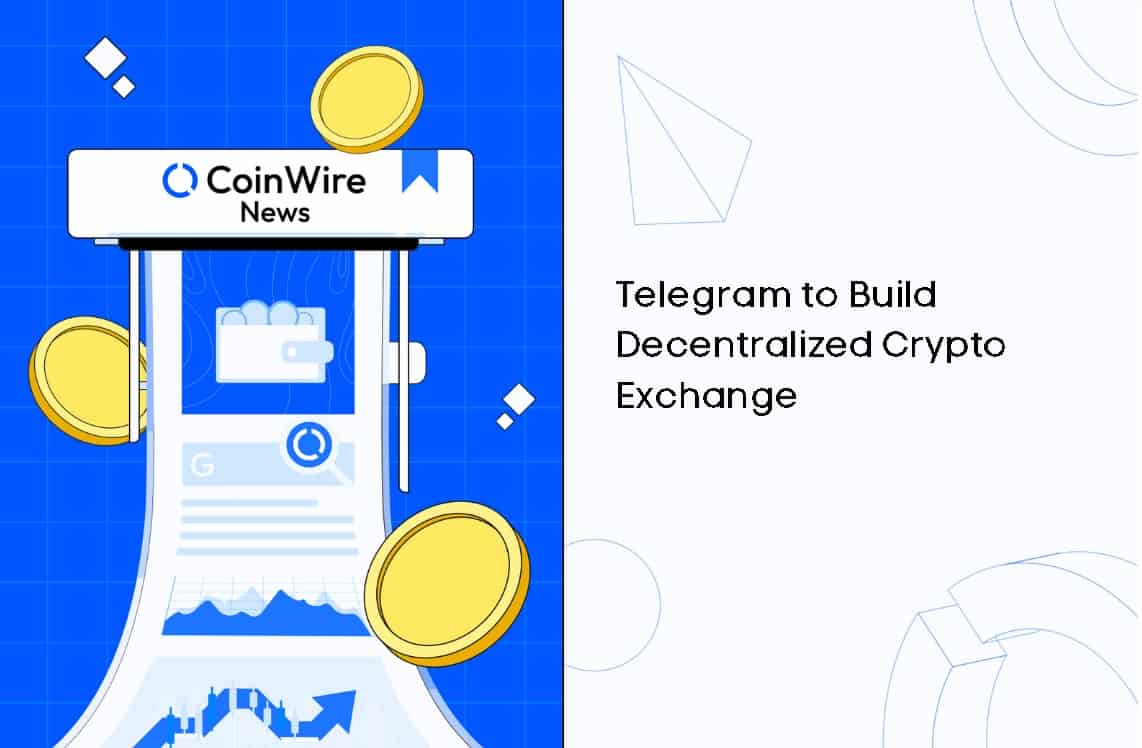 Users and investors’ trust in the centralized players in the industry has been significantly impacted by the collapse of one of the biggest cryptocurrency exchange platforms, FTX. As a result, Telegram, a messaging app, is stepping in to build trustworthy and decentralized alternatives.

Pavel Durov, the founder and CEO of the aforementioned messaging service, announced on his Telegram channel that their respective businesses are already working to develop “non-custodial wallets” and “decentralized exchanges,” which would reportedly allow millions of users to safely trade their cryptocurrencies.

He added that by doing this, they would be able to address the issues caused by overly strong centralization, which had let thousands of cryptocurrency users down. The development of Fragment, Telegram’s decentralized auction platform, which took only 5 weeks and 5 people—including himself—to complete, he continued, proves that the project is more than doable.

Through the sale of tokenized usernames on the blockchain, the Telegram marketplace, which was introduced last month, has already generated $50 million worth of Toncoin. The aforementioned marketplace runs on top of “The Open Network (TON),” which is said to be the SEC’s long-suppressed spiritual successor to Telegram’s earlier blockchain ambitions.

Durov wants to move the industry back to decentralized applications and away from having to rely on third parties, which is relevant to the developer community. He asserted that relying on centralized entities could cause users and investors to lose money. He even mentioned the bankruptcy of FTX, attributing it to “a few who started abusing their power.”

In light of this assertion, it has been claimed in a number of reports that FTX improperly handled client funds by lending them to their sister company, Alameda Research. For companies in the exchange business, the aforementioned move raises serious concerns. Due to this situation, the remaining cryptocurrency exchange platforms are working extremely hard to reassure their users and investors that their money is safe with them by releasing proof of reserves systems that try to confirm client funds’ possession on-chain.

Charles Hoskinson, the creator of Cardano, expressed similar views to Durov on Wednesday at the Financial Times Crypto and Digital Assets Summit. In which he claimed that the aforementioned failures in the industry at this time are failures of protocol and not DeFi. He continued by emphasizing the fact that these are failures of people, regulation, and trust.

Along with well-known figures in the sector, crypto users themselves feel the same way. This is a reflection of the analyst JP Morgan’s finding, which indicated that, following FTX’s bankruptcy filing, funds were “severely” drained from other centralized exchanges like Gemini, OKX, and Crypto.com.

After all of this, it is clear that the failure of one of the biggest cryptocurrency platforms has in fact caused a crypto contagion that has affected numerous centralized crypto lending companies. And just recently, BlockFi, which had a significant exposure on FTX after the aforementioned cryptocurrency platform had earlier this year saved it from bankruptcy, has already filed for bankruptcy. While Genesis and other trading desks have halted withdrawals.

Ankr, the DeFi protocol, which bills itself as the world’s first “node-as-a-service” platform, was the victim of an abuse that cost them millions of dollars. A bug in its code, which allegedly allowed for limitless token production, can be blamed for the aforementioned exploitation.

A code in the Ankr contract, according to PeckShield, a security research company, allowed users to create an infinite number of the protocol’s reward-bearing staking tokens without any kind of verification. The attackers took advantage of this chance and successfully produced six quadrillion aBNBc tokens.

The attacker reportedly exchanged 20 trillion of the aBNBc token for BNB after minting the quadrillions of aBNBc, which was later transferred to Tornado Cash. wherein the aforementioned BNB tokens were again exchanged for 5 million USDC.

According to data from CoinGecko, the token has lost almost 99% of its value since the attacker almost completely depleted the aBNBc liquidity pools on PancakeSwap and ApeSwap. Then, Ankr tweeted to reassure their investors and users that all staked assets within the protocol are currently secure.

An opportunistic trader was able to profit from the said exploit, turning his 10 BNB, which is equivalent to $2885, into 15.5 million BUSD, according to Lookonchain, an on-chain analyst company. The report claims that the said trader was able to accomplish this by taking advantage of Helio, a DeFi lending protocol, which lacked current pricing on aBNBc post-crash.

Additionally, the aforementioned trader was able to borrow $16 million of the scarcely traded HAY stablecoin and convert it into BUSD by using the pre-crash price for aBNBc. Although it appeared to have already recovered according to CoinMarketCap, the stablecoin is now at a price of 77 cents. Since the aforementioned incident, the value of the stablecoin coin peg has fallen, reaching a low of 20 cents.

Changpeng Zhao, CEO of the largest cryptocurrency exchange platform, claimed in a tweet that the exchange had frozen $3 million that hackers had sent to his platform. After allegedly starting FUD on Kraken, the alleged CEO is currently experiencing backlash.