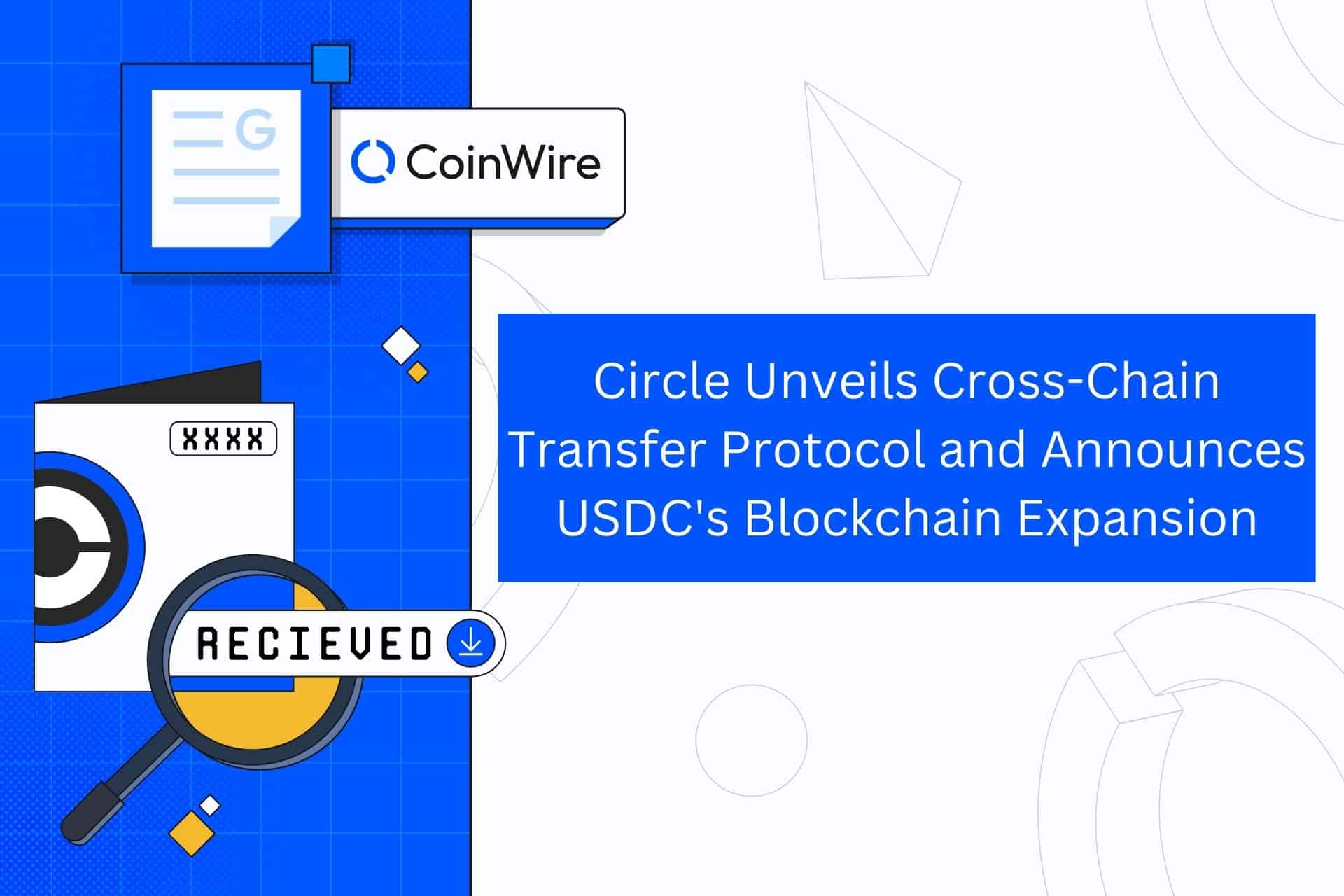 The new Cross-Chain Transfer Protocol from Circle Internet Financial, Inc., or USDC, intends to make transactions between various blockchains more seamless. By 2023, fourteen different blockchains will all be compatible with the USDC thanks to this.

The Converge22 conference was held on September 28 at San Francisco. Nikhil Chandhok, the Chief Product Officer of Circle Internet Financial, Inc., the global financial technology business that created the USD Coin (USDC) stablecoin, makes an announcement about the expansion of USDC across five new blockchains during the conference.

According to CoinMarketCap, USDC is the second-largest stablecoin after USDT. A well-liked entry point for conventional banking and finance has been these stablecoins. It’s because the USDT and USDC are anchored to the US dollar’s value.

In a recent press release, Circle’s vice president of product, Joao Reginatto, asserted that by extending the multi-chain support for USDC, numerous doors will eventually open. It entails giving organizations, markets, and even developers access to and a chance to create with a digital dollar.

The new USDC Cross-Chain Transfer Protocol will soon go into effect. It focuses on facilitating the exchange of digital assets across various blockchain ecosystems. In well-known blockchains including Ethereum, Solana, Avalanche, Polygon, TRON, Algorand, Flow, Hedera, and Stellar, both USDT and USDC are already operational.

Similar to what was said earlier, Circle’s Cross-Chain Transfer Protocol for USDC is anticipated to assist in speeding cryptocurrency transactions between various blockchains. In particular, the protocol is anticipated to assist developers in building wallets, applications, and financial services tools that would facilitate and promote the frictionless transfer of USDC across various networks.

The company has previously asserted that fragmented liquidity is being produced by the current USDC methods for transactions across various blockchains. The business is also aware of how such circumstances make a user’s experience more difficult. The Cross-Chain Transfer Protocol is the company’s response to this.

Where Reginatto asserts that the aforementioned protocol will act as an ecosystem-wide layer for universal dollar liquidity. Making it an effective method of moving value throughout the crypto ecosystem.

The amount of blockchain compatibility between USDC and Tether’s USDT, the largest stablecoin by market capitalization according to CoinMarketCap, is essentially the same. Whereas USDT is currently compatible on 13 blockchains and will soon be expanding to Polygon — its 14th compatible blockchain — while USDC is anticipated to be compatible on 14 blockchains by the end of the year.

Jeremy Allaire, CEO and co-founder of Circle, asserted that cryptocurrencies are currently going from a mostly speculative phase to a utility phase at the recent Converge22 conference. In that, he emphasized that their company’s current goal is to support the growth of the fledgling blockchain industry.

Following the crash of Terra Luna in May of this year. The importance and support of USDC, USDT, and other more asset-backed stablecoins were seen to increase. Unfortunately, in order to keep its dollar peg, UST was heavily dependent on an algorithmic connection with Terra’s native coin, LUNA. Furthermore, it was unbacked by any assets.

Due to their asset-backed status and the fact that they are audited and regulated by American financial institutions, USDC and UDTS were able to maintain their worth and reputation throughout the subsequent crypto meltdown that followed Terra’s demise.

This, however, is a double edged sword. The US Treasury blacklisted wallet addresses related to Tornado Cash, the coin-mixing tool for Ethereum, in August of this year. Due to the service’s alleged usage in money laundering.

This led to the preemptive freeze of USDC that was linked to the aforementioned wallets. The US Treasury’s action has been condemned by a number of crypto leaders, who say it is unjust and endangers user privacy.

Many organizations have started to divest from USDC during this time. A well-known decentralized finance protocol, the MarkerDAO, is one of the aforementioned organizations. According to reports, Circle’s policy of adhering to government sanctions was the reason for this decision.

According to a report, USDC was delisted by Binance, one of the biggest exchanges in the world, since it was losing ground to other leading stablecoins. where the value of USDC reportedly dropped by more than 6% to over $48 billion. On September 29, the delisting will take place.