by Crypto Daily
in Uncategorized, News 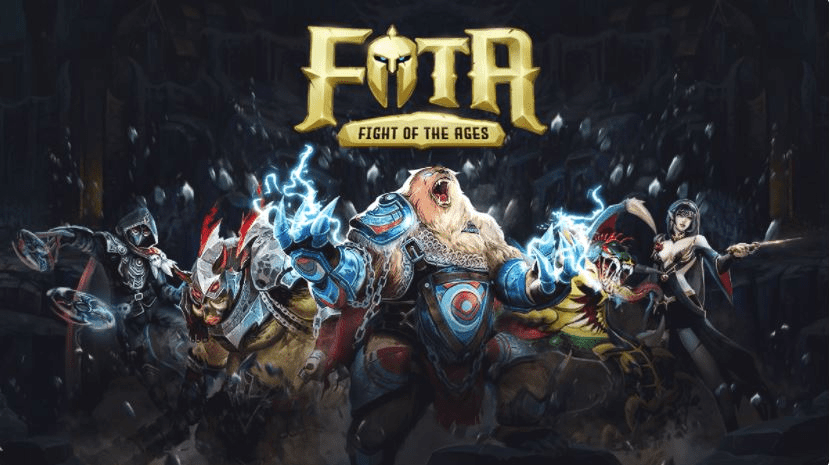 FOTA, the AAA Metaverse Gaming project that combines MOBA and RPG elements and uses MicrosoftMesh (MR) technology, has announced the debut of its Closed Beta Test Version in May.

Players will be able to experience 25 heroes in the Closed Beta Test Version when it launches. The beta version will be available on a variety of platforms, including Windows/Mac, iOS/Android, and WebGL. To get people excited about the launch, FOTA has announced a contest to get people’s feedback on a sneak peek of the closed beta version.

Here’s a sneak peek of what’s to come: https://www.youtube.com/watch?v=91DS48iRAdM

In addition to the release of the Closed Beta Test Version, FOTA also announced the commencement of its first INO campaign, cooperating with a number of well-known launchpads, including NFTb, Babylons, MoonStarter, Equinox, and Liquiditfy. The following is a detailed schedule for each platform’s launch.

NFT Technology is optimized in the realm of FOTA so that users may experience the prospect of owning valuable digital assets while on their journey. The DAO is more than just a MOBA gaming platform; it also includes in-game economies and democracy, according to the development team.

In addition to heroes, NFT assets in FOTA include in-game goods, skins, and FOTALands.

Players may trade and rent their in-game NFTs on the FOTA Marketplace to enhance their heroes and/or profit from their games. Through battles and other activities, heroes provide revenue for their owners. Better heroes equal better results and earnings.

On the official FOTA marketplace, players may purchase level 0 heroes. The heroes will then collect experience points and level up by engaging in quests and fights. The more levels a hero has, the more valuable the hero is.

At the start, each Hero will be armed with three fixed skills and a normal attack. Each Skill may be upgraded to a maximum level of 25. At the following milestones, each skill can be improved up to five times:

It’s still 2022, yet FOTA: Fight of the Ages – the blockchain-based Play-2-earn project – has collected $8.3 million in angel funding. Despite the current market volatility, FOTA continues to expand and thrive because to a solid, long-term strategy. FOTA’s creator, Meta DJINN, claims that the project is only the beginning of their ambitious plans. Meta DJINN also demonstrates four important concepts in their development process, cementing FOTA’s position as the world’s first AAA turn-based RPG and MOBA metaverse.

The project will shine brightly above all other blockchain-based MOBA projects. FOTA has effectively cemented its status as a notable GameFi project by joining the Blockchain Game Alliance in March 2022.

As the FOTA team has reached various milestones in the past and is on their approach to launching INO and Closed Beta Test Version, they want to continue their quick and stable growth with following milestones in 2022.

First and foremost, DJINN Lab aspires to be a leader in business concepts by using Blockchain technology in a variety of sectors throughout the world, as well as conducting unique crypto-based models. The gaming platform is now one of the most suited applications for the organization to use Non-fungible Tokens (NFT). DJINN Lab will perform market research and develop solutions as well as game concepts that are likely to succeed.

Second, DJINN Studio is critical to the dissemination of their Lab’s goods. The Studio’s purpose as the publisher for DJINN Lab is to implement smart marketing plans and build long-term communities for each product.

Third, the DJINN Fund is a division of the corporation that invests in and integrates world-class technology-integrated initiatives into the DJINN ecosystem. DJINN Fund’s aim is to assist companies in realizing their visions and making an impact in the Blockchain and Cryptocurrency industries.

As a result, FOTA is Meta DJINN’s first initiative to secure the company’s vision and objective. The ambitious project promises the most immersive gaming experience possible, with stunning graphics, a wide range of gameplay modes, and a rich backstory centered on a massive fantasy universe with three major planets populated by gods, humans, demons, and a variety of other races waiting to be discovered.

With its cutting-edge technology, FOTA is a unique metaverse where players may immerse themselves in a new universe of both physical and virtual experiences as they go through the game. Heroes are owned by investors/players as Non-fungible Tokens in FOTA (NFTs). They have complete control over their digital assets and may freely engage with those NFTs in the real world.

Arab networks will now be working with Polygon to empower the Arab Network ecosystem.