Kim Kardashian Pays More Than $1M After Her Crypto Misadventure 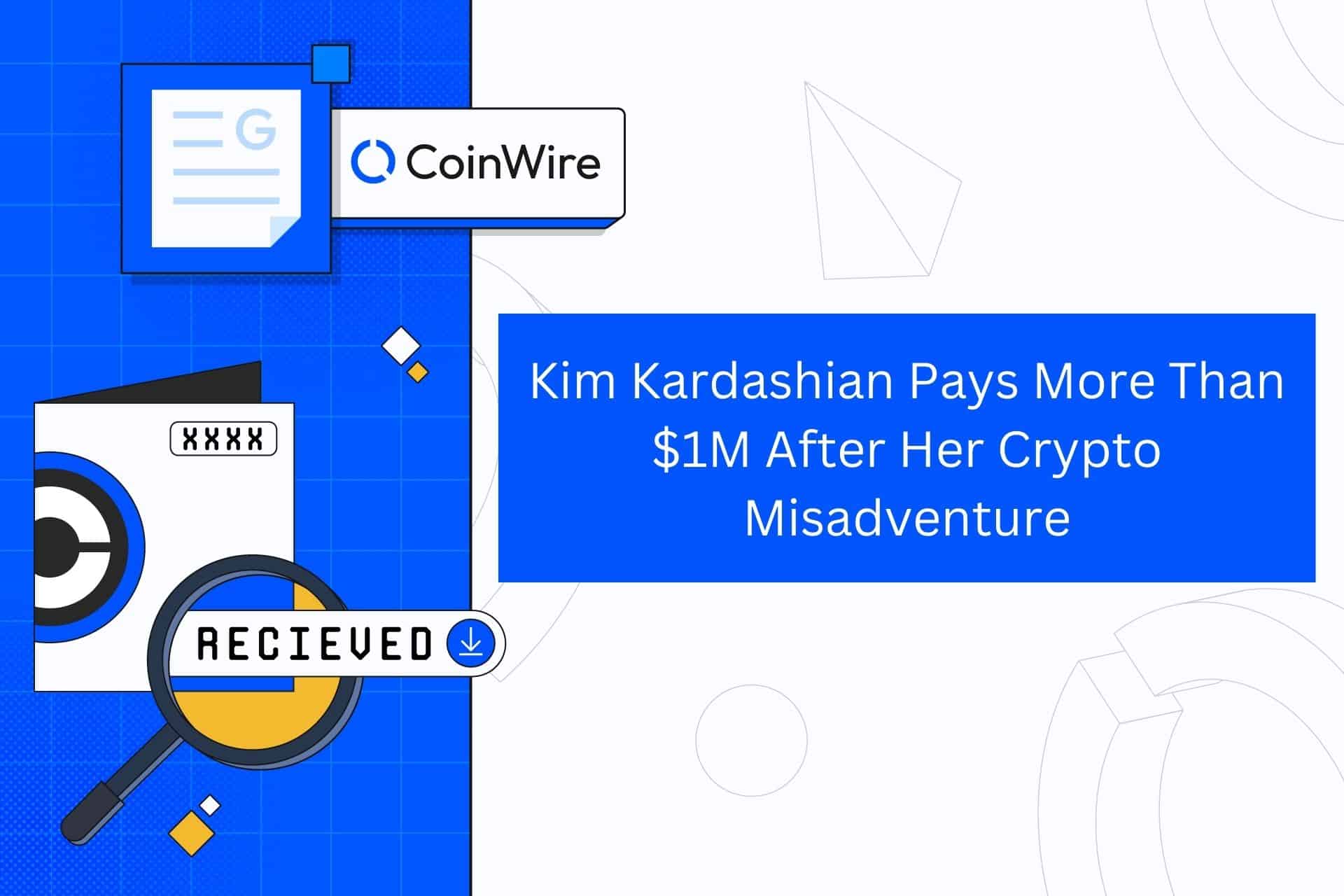 Kim Kardashian has agreed to pay more than $1 million to the US Securities and Exchange Commission. The fine was imposed because she advertised EthereumMax on her Instagram account, which was allegedly a pump and dump scheme.

Kim Kardashian, an American media personality, socialite, and businesswoman, has agreed to pay the US Securities and Exchange Commission more than $1 million. The fine is for advertising EthereumMax on her Instagram account, where she failed to disclose that she was paid $250,000 to do so.

Kardashian’s lawyer stated that the businesswoman is relieved to have finally resolved this matter with the SEC. Furthermore, her lawyer stated that Kardashian has been very cooperative with the SEC from the beginning and that she is more than willing to help the SEC in any way she can because she wanted to get over it as soon as possible to avoid a protracted dispute and to move forward with her many different business pursuits. In addition to paying the fine, Kardashian agreed to refrain from promoting crypto asset securities for the next three years.

The Pump and Dump Issue

Kim Kardashian and other celebrities, including Floyd Mayweather Jr. and Paul Pierce, as well as the EthereumMax cryptocurrency creator, were sued earlier this year by the project’s investors. According to the report, the aforementioned celebrities worked with the project’s team to “misleadingly promote and sell” the cryptocurrency.’

The project was then labeled as a “pump and dump” scheme, which basically means that the team behind it used a deceptive marketing strategy to inflate the price of an asset. This was supported by a complaint filed with the Central District Court of California, which claims that the project’s executives collaborated with celebrities to falsely advertise the project on their respective social media accounts and through other promotional activities.

According to the court filing, EthereumMax’s business model is seen to have relied heavily on marketing and promotional activities, which frequently come from ‘trusted’ celebrities, to dupe potential investors into trusting the financial opportunities.

Furthermore, the team emphasized that their marketing and public relations efforts encourage people to conduct their own research before making a decision. Furthermore, the team claims that this method differs from the alleged pump-and-dump scheme because their effort required a significant amount of time, energy, and resources.

The investors who invested in the project between May 14 and June 27, 2021, and those who were “damaged thereby,” were the people behind the filed complaint. EthereumMax has denied all of the allegations, and the project’s co-founder/creator, Steve Gentile, claims that the misleading narrative surrounding the allegations is riddled with misinformation about the project. Furthermore, he stated that they deny the allegations and look forward to the truth being revealed. Despite the name Ethereum, this project has no legal or commercial ties to ETH.

Many well-known celebrities from various industries are known to have assisted in the promotion of EthereumMax. Pierce, a former National Basketball Association (NBA) player, is one of them. Where he promoted EthereumMax via a Twitter post that was widely discussed in May 2021. According to the report, the tweet is centered on his narrative, which praises EthereumMax’s ability to generate revenue for him.

Mayweather’s boxing match with YouTuber Logan Paul was also used to promote EthereumMax at the time. Mayweather is also said to have promoted EthereumMax at a cryptocurrency conference.

Topping the list is Kim Kardashian, who stated in an Instagram post, “This is not financial advice but sharing what my friends tell me about the EthereumMax token.” Furthermore, Charles Randell of the Financial Conduct Authority of the United Kingdom stated that the businesswoman has asked her million followers to speculate on crypto tokens. According to reports, the aforementioned Instagram post is one of the financial promotions with the single largest audience reach in history.

Those promotion strategies aided the EthereumMax’s value increase to over 1,300%, but just over a month after Kardashian’s viral post, its value plummeted to a “all-time low.”

It is difficult to promote digital currencies or digital assets, especially when real-world money is involved, so many of these projects rely on famous people, whether social media influencers or TV personalities, to promote their projects.

Paris Hilton, an American media personality, businesswoman, model, and socialite who has been vocal about her enthusiasm for digital assets, is one of the celebrities who have lent their names to promote digital assets. This includes not only cryptocurrency but also NFTs and the metaverse. She was even caught promoting NFT technology on a popular television show.

Another is TikTok star Charli D’Amelio, who posted a picture of herself and her family using Gemini, a cryptocurrency exchange, to exchange the Bitcoin she received for her birthday. Her partnership with the platform included the aforementioned gift.