What is Whitelist NFT? Best Way to Get Whitelisted

Getting Whitelist NFT can be seen as one of the most profitable ways to earn money from NFTs. In this article, we will tell you all about Whitelist NFT 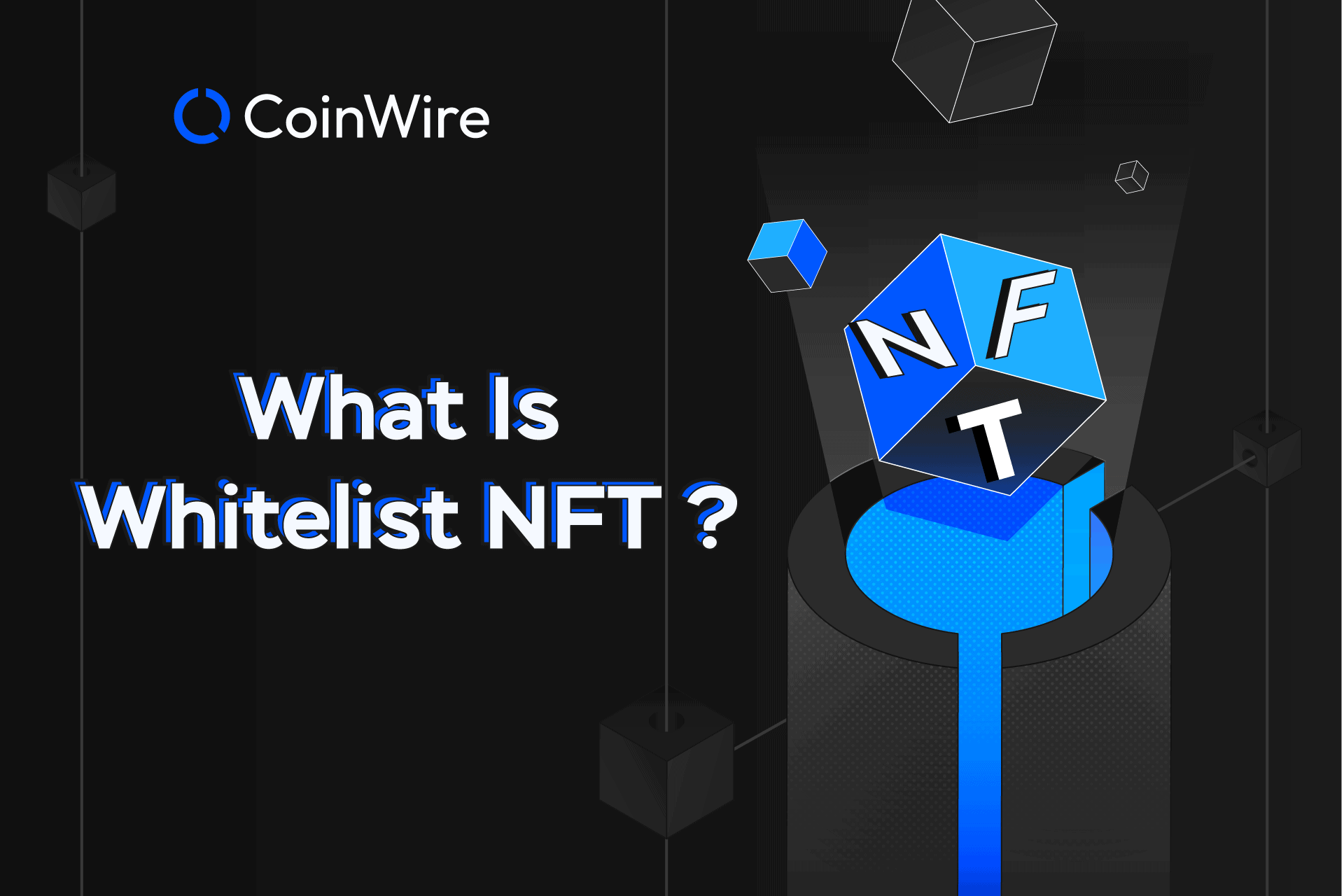 If you’ve been around the NFT space for a while, you’ve probably come across whitelisting. However, as popular as this word may be, many people do not fully understand what it means, how to get whitelisted NFT, and why it is even helpful, to begin with.

What Is A Whitelist NFT? 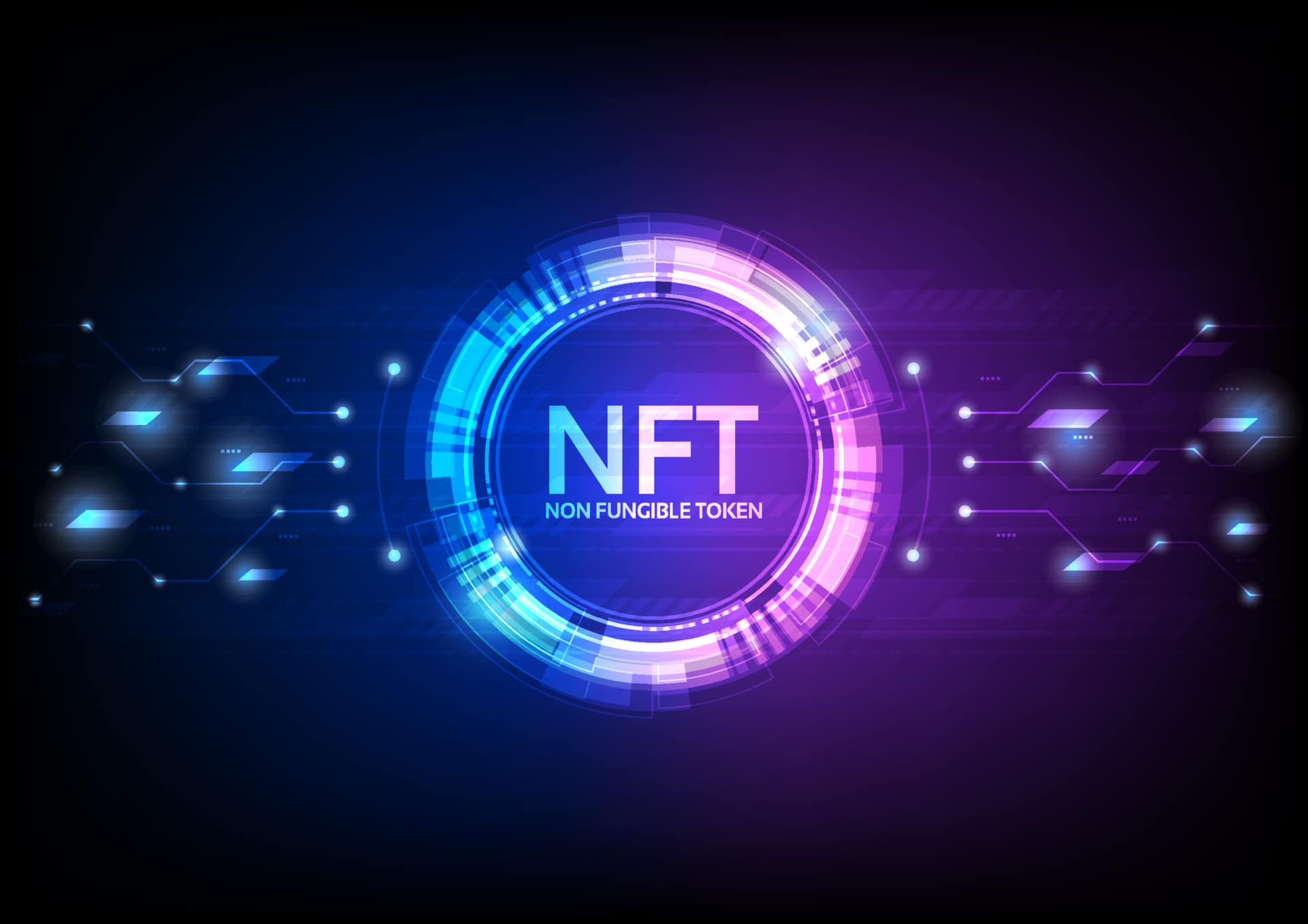 A Whitelist NFT is a digital asset that can be sold to wallet addresses on a whitelist. A whitelist is a list that authorizes a particular crypto wallet address to mint an NFT when it drops before it goes on a public sale. You can think of a whitelist as a VIP list indicating which NFT enthusiasts will get early access to mint a given NFT.

In 2021, NFTs became increasingly popular. As more people discovered these digital assets and realized how valuable they are, the demand for NFTs grew unbelievably high. Whenever a particular project launches its NFT, crypto enthusiasts flock to marketplaces trying to mint them as soon as possible.

This scramble for NFTs at launch brought congestion to the blockchain networks responsible for minting. It also caused frustration for many buyers who could not easily access the tokens. To resolve this challenge, whitelist NFT came to life.

A whitelist, also known as a mint list or an allow list, makes it easier for an NFT project to identify a few select individuals who will have early-bird access to their NFTs. Different NFT projects have varying criteria for who will qualify to be on the whitelist. Most criteria, however, ensure that the project’s earliest fans and followers get the upper hand to encourage more followers and, hopefully, more investors in the project.

Why Does Whitelist NFT Exist? 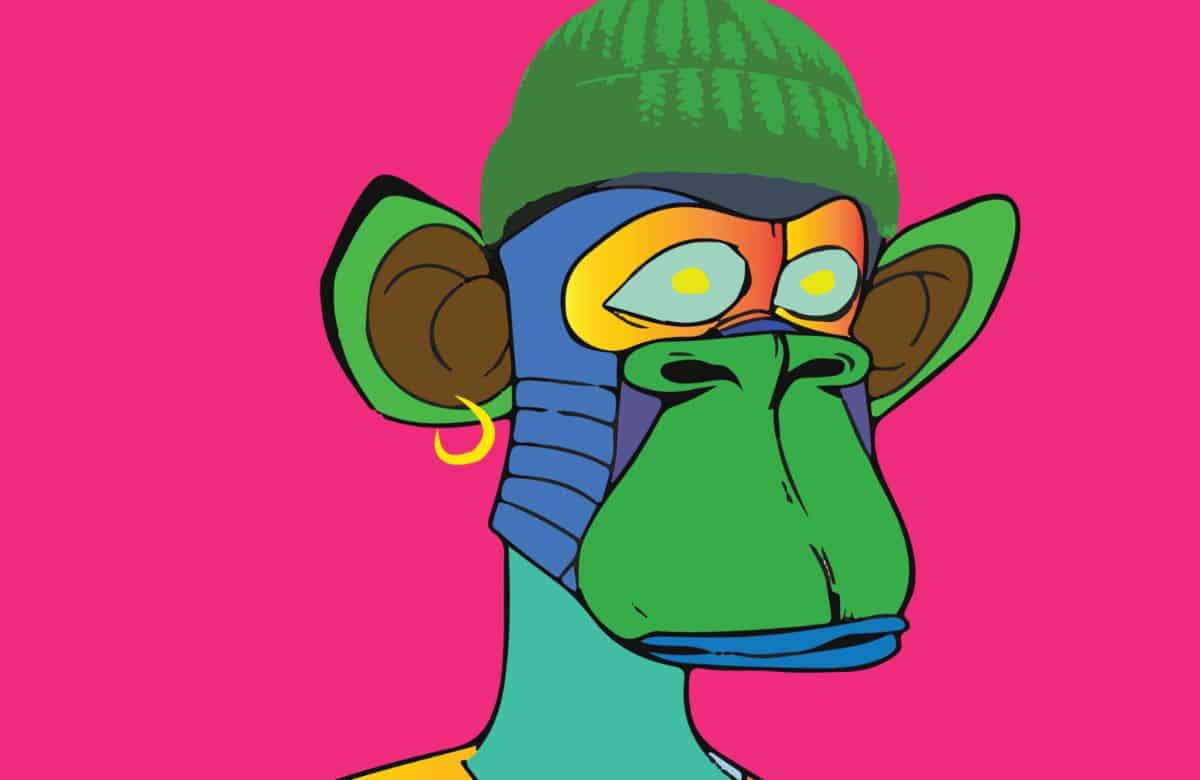 Because of the high demand for NFTs, especially at launch times, NFT projects need a democratic system to ensure their NFTs are distributed systematically. Whitelisting is incredibly helpful in achieving this. Besides the order, here are several other reasons why whitelist NFT is applied

Without supporters, NFTs are mere pieces of code on the blockchain. However, an NFT with a significantly high following and potential investors shows the promise of growing in value.

The followers and fans of a given project create awareness and attract more people to support or invest in the NFT. But, as more people get on board, it becomes harder for the project’s team to identify and reward the earliest fans. This is where a whitelist saves the day.

Essentially, a whitelist helps record some of the earliest members to join the project’s social media platforms. It also notes the most engaged members on platforms like Discord. This way, the project team can easily identify who was there from the onset and appreciate their support by giving them exclusive access to NFTs before launching to the public.

Before whitelists went mainstream, buying NFTs at launch was a gas massacre. Gas is the fees paid to a network to facilitate a given transaction.

Prior to the whitelisting era, gas was the highest indicator of who would mint NFTs as soon as they launched. Gas fees increase based on the amount of activity on a network. The high traffic triggered by the influx of people buying NFT would send gas fees soaring to unimaginable prices.

Besides this, buyers would intentionally pay more gas than was required to make the network mint their NFTs faster. This act of outbidding other buyers in gas is what the crypto world calls Gas War. Gas wars were extremely disadvantageous to early-stage supporters who didn’t have much money to spend. Instead, they favored high spenders, even when they had not been initial fans of the NFT.

As such, whitelists were introduced to ensure rightful supporters could stake their claim to the NFTs affordably and with ease. Consequently, this reduced the competition for minting and significantly reduced gas fees at launch.

Reducing Incidents of Spamming at Launch

NFT buyers were remarkably crafty before whitelists came into the picture. Some buyers would create multiple accounts and wallet addresses to gain a minting advantage. The assumption was that having multiple accounts increased the odds of getting more NFTs. As a result, the networks involved in minting became highly spammed.

However, since NFT projects started using whitelists, the number of duplicate accounts has reduced significantly. Since a whitelist has only a sizable number of addresses, there’s less congestion during NFT drops.

How to Get Whitelisted NFT 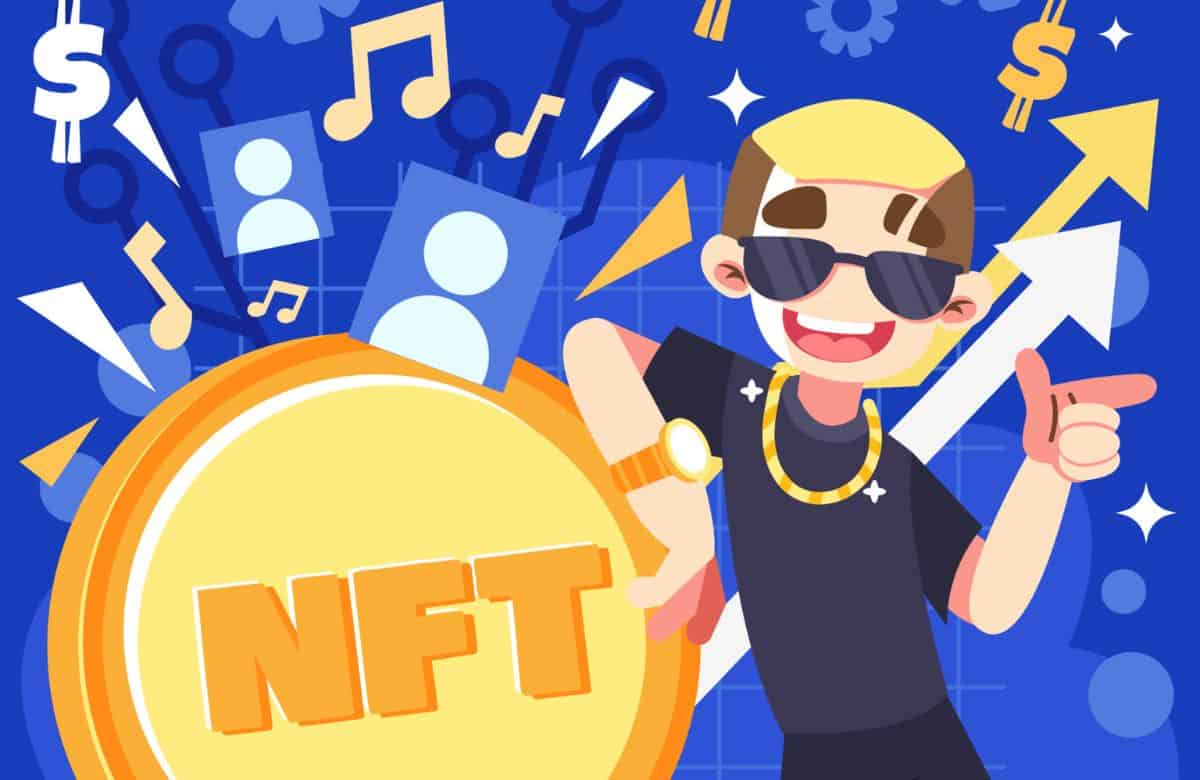 The whitelist NFT process may seem challenging at first, but it gets easier once you know what to look for and expect. Typically this process will involve you submitting your wallet address to an NFT project’s team.

The team then verifies your account, and if you meet their criteria, you will get whitelisted. Here are the steps you need to follow before submitting your wallet address.

The first step to signing up for whitelisting is to find a project whose NFT you want to invest in. For most people, finding a valuable NFT is challenging, although it doesn’t have to be. To simplify the process, you need to find credible sources of information about upcoming NFT projects.

Platforms like YouTube and Twitter are great for identifying such projects. If you are looking for game-based NFTs, you can join some of the best gaming guilds where you will always have updates on the NFT market.

Step 2: Do Your Own Research

Once you identify several NFT projects, it’s time to do your due diligence. Try to identify the key indicators of a good NFT project. These can be details like who the project’s founders are, their experience in crypto and NFT markets, and the plans they have to grow and maintain their NFT’s future value.

You can also identify the characteristics of the NFT, NFT rarity, and NFT utility to help estimate the asset’s potential value.

Once you identify a project that is worth it, and your research supports it, it’s time to join and participate in the project’s social networks. Follow the NFT’s Twitter page, comment, and retweet on posts.

Also, join its Discord server. Discord is important because most NFT projects use this as an informational platform. From Discord, you can get more insights on whitelist NFT and get a chance to interact with other members.

It can also involve you competing and winning giveaways or submitting art related to a theme that the project chooses. Simply put, you need to be active in a project to get whitelisted.

Once you follow the whitelisting procedure, you can submit your application, as instructed by the project team, and wait for your confirmation. If you get confirmed, the project team will send you more details on the launch date and how you can mint your NFTs.

Pros and Cons of an NFT Whitelist?

Being on a whitelisted NFT comes with a ton of benefits. However, it also comes with some demerits.

Let’s break down the most impactful pros and cons of being a whitelisted NFT for a project.

NFT whitelists have significant benefits. Here are three of the top pros of being on an NFT whitelist.

Being on a whitelist means you get to mint NFTs before everyone else. This puts you in an advantageous position because you can get all the rare and unique NFTs before the public has a chance to land on them. Rare NFTs often have a higher market value, so getting them means you have a shot at making high profits should you decide to flip them.

Because whitelists only allow a certain number of people to mint, networks used in minting the NFT are not congested. This significantly reduces the gas fees and, subsequently, the minting costs. Sometimes the NFT project also lowers the NFT’s minting price at launch time to appreciate its loyal fans.

The Guarantee of a Minting Spot

Minting NFTs is not easy. Because of the high demand of these assets, most people are unable to get a chance to mint. However, being on a whitelist grants you the exclusive opportunity to acquire these digital assets.

While whitelists have irrefutable pros, they also have two major cons. Let’s analyze the downsides of being a whitelist.

To get on a whitelist, you must engage with the project. Your presence on social networks must be frequent, and your participation has to be relentless. This takes up so much time that you could otherwise spend on other activities.

There’s no previous data to inform your purchase decision, and it’s more of a gamble than a certainty that the NFT will bring you profits.

Whitelist NFT Isn’t Meant for Everyone

It is great to be on an NFT whitelist. This gives you a chance to get rare NFTs at reduced costs. However, being whitelisted is not mandatory. You can still acquire NFTs through secondary NFT markets and manage to make profits from your assets.

Overall, it depends on how much time you have to follow the whitelisting procedure and how willing you are to place your money on an NFT before it enters the market. 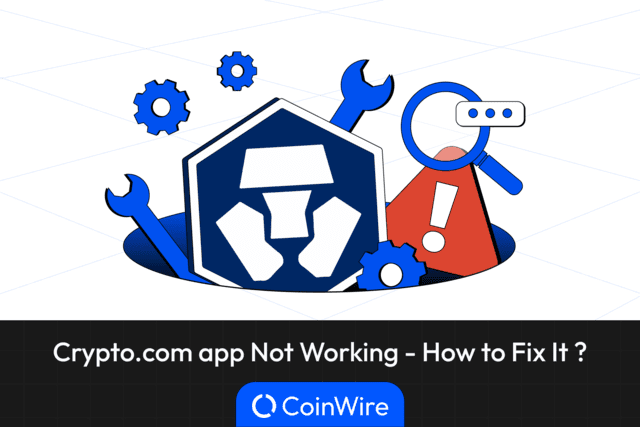 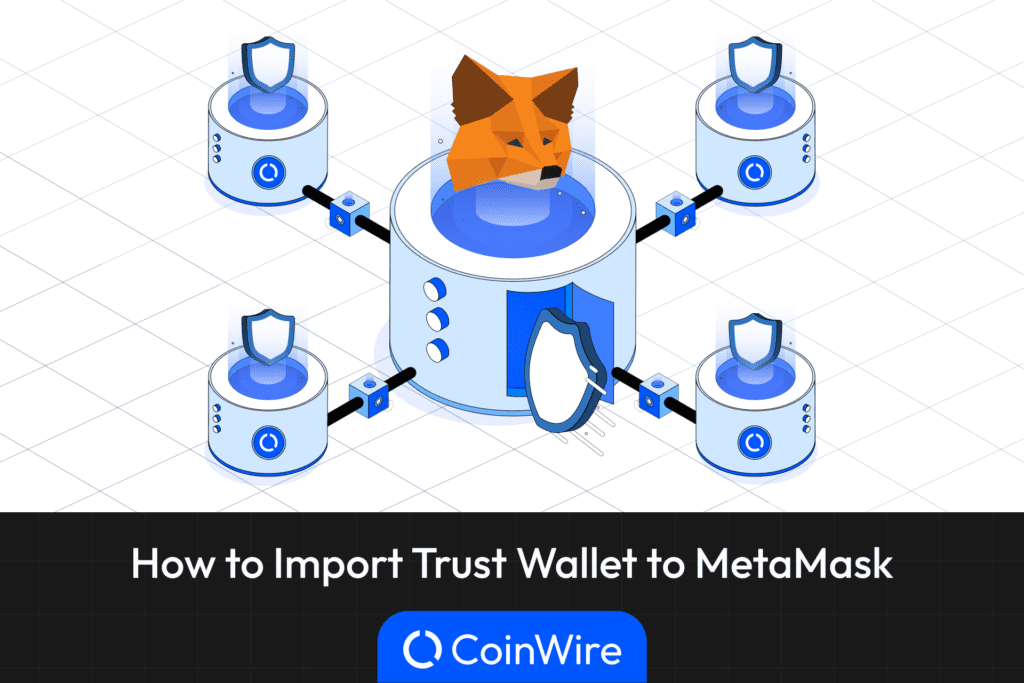 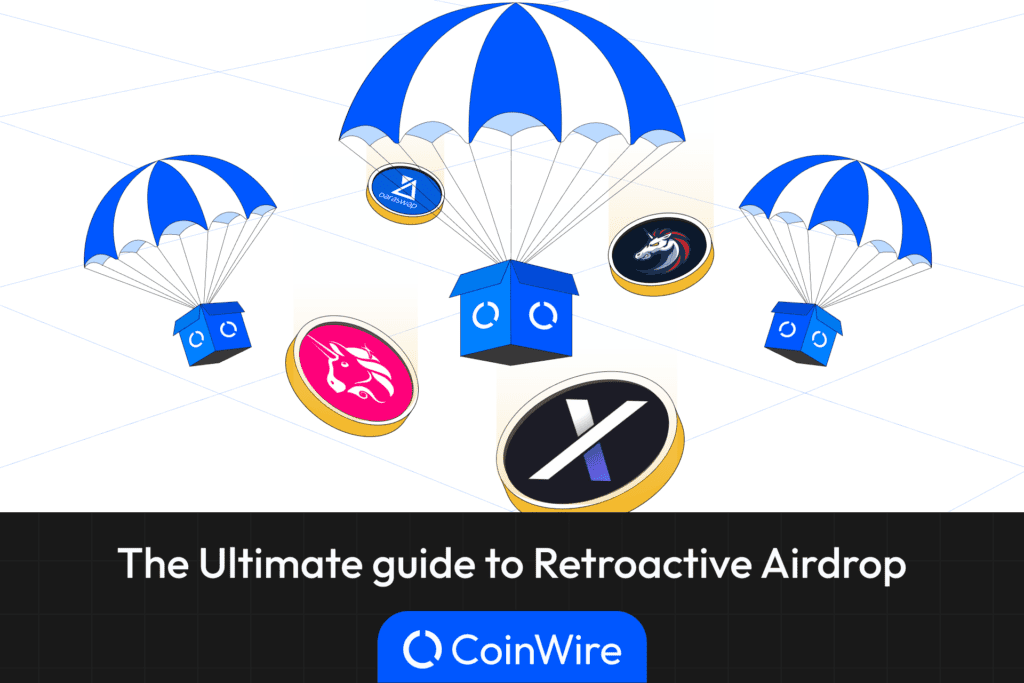