Ether Rallied for 16%, Its Biggest Weekly Gain for Months 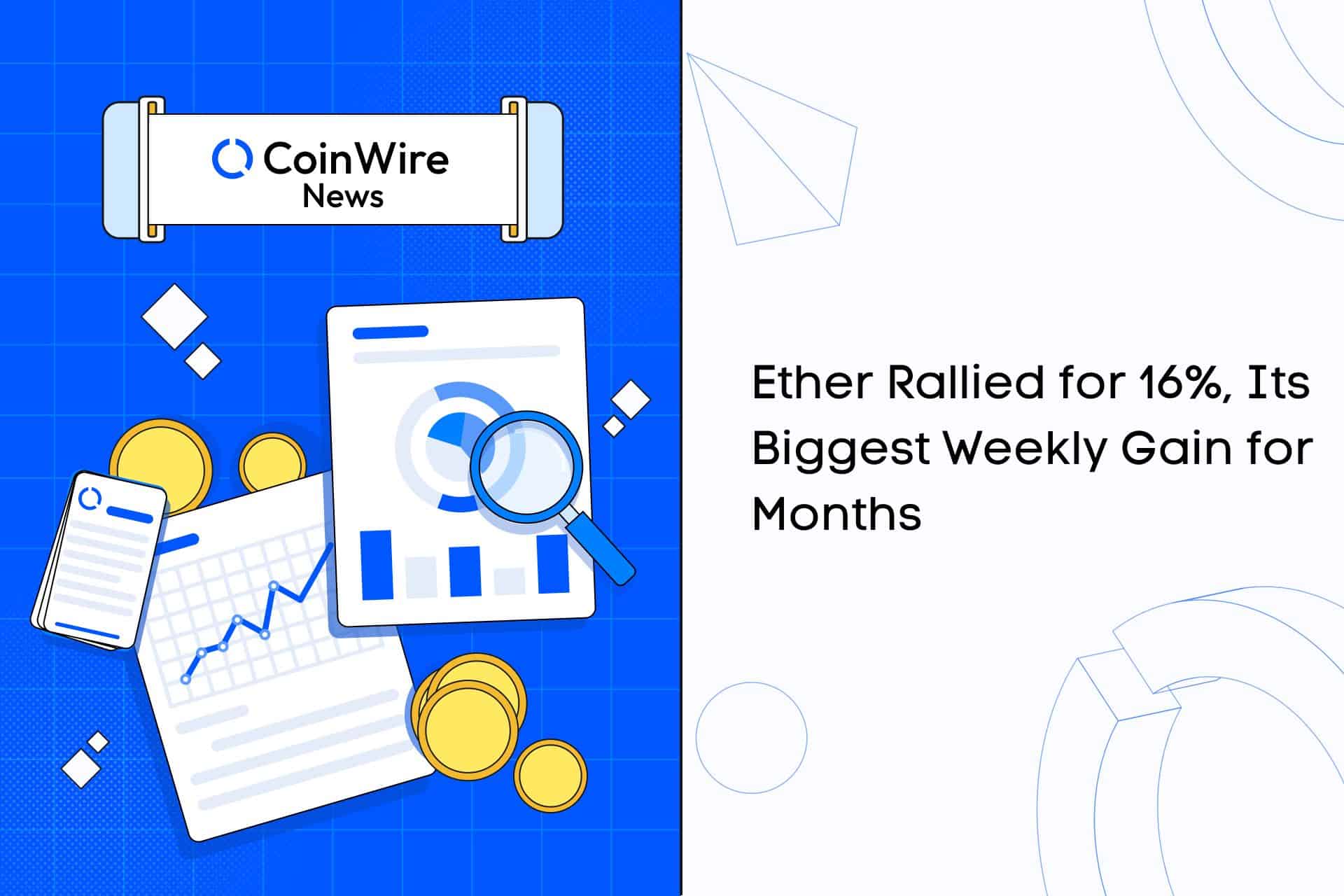 The Ethereum smart contract platform has experienced its best weekly percentage price gain, by 16%, owing to a recent technological overhaul that is already beginning to be felt.

Before October 30, the Ethereum smart contract platform saw its best weekly percentage price gain of 16%. This was significantly higher than the 5% increase in Bitcoin’s price over the same period. The recent technological overhaul that it underwent, which is already beginning to be felt, was said to be the cause of this increase.

With this, a number of industry experts have shared their perspectives on and forecasts for the two most popular cryptocurrencies. The majority of their analysis is geared toward Ethereum outpacing the growth and performance of Bitcoin.

The well-known Ethereum smart contract platform recently underwent a technological overhaul, and its effects are already starting to be felt. This is having the intended bullish effect on the price of ETH, the platform’s native token. Since mid-July, the native token’s 16% increase over the seven days prior to October 30 has been regarded as the best weekly percentage price gain. According to reports, this gain eclipsed Bitcoin’s 5% increase.

Both of these significant cryptocurrencies are having their moments, says Jordi Alexander, chief investment officer at proprietary trading firm Seleni Capital. The momentum is thought to be stronger now that Ether has recently undergone a tokenomics change.

Following the aforementioned switch, there are now 1,300 more Ethereum tokens available, whereas there would have been more than 481,000 if the blockchain had continued to use the PoW mechanism. The annualized inflation rate for ether, also known as net issuance, was seen to have decreased from 1.7% for bitcoin by 3.6% to almost 0%.

According to separate data, the net issuance of Ether has reportedly declined below zero, making it a deflationary coin—basically, a coin whose supply is gradually declining. At the time, there weren’t many assets available to investors worldwide that could shield their funds from escalating inflation.

The ether-bitcoin ratio, which is used to calculate the price of ether in terms of bitcoin, was reported to have risen 10% from the previous week, one of the largest gains seen since July of this year. Many well-known traders believe that the ratio’s upward trend will likely continue because Ether has the potential to outperform Bitcoin even as its annual issuance is falling quickly.

Josh Olszweicz, the head of research at digital asset fund manager Valkyrie Investments, claims that an increase in on-chain activity could push Ethereum into deflationary issuance territory and have a significant outsized impact on Ether’s price thanks to its transaction fee burn mechanism. Recall that Ethereum, the second-largest cryptocurrency, reportedly turned on a mechanism that aims to burn a portion of transaction fees that users pay in ETH. With this change, network usage and the amount of ETH burned or removed from circulation are tied together.

Olszweicz explained that as network usage rises, the dynamics of supply and demand are skewed in favor of ether bulls. With this in hand, over 2.6 million ETH worth $8.65 billion were removed from circulation in August of 2021.

Shiliang Tang, the chief investment officer at the cryptocurrency hedge fund Ledger Prime, asserts that ether’s deflationary appeal will grow over time and will draw in more investors. She went on to say that a lot of side capital is currently more drawn to the ETH storyline than BTC. She added that ETH’s deflationary nature would gradually become apparent over time, allowing it to maintain its advantage over BTC. She expanded on her argument by asserting that, with its price hovering around $20,000, Bitcoin may still experience a supply overhang from miners.

According to Cumberland, who reported that Ethereum miners used to sell $40 million worth of ether every day, the market was “freed” from daily miner selling after Ether made its infamous switch to PoS. Bitcoin is still based on the Proof-of-Work (PoW) algorithm, wherein miners must solve challenging algorithmic puzzles in exchange for rewards paid in BTC, where they typically liquidate coins on a regular basis to support their operations.