Weekly Recap | Week 27 on NEAR 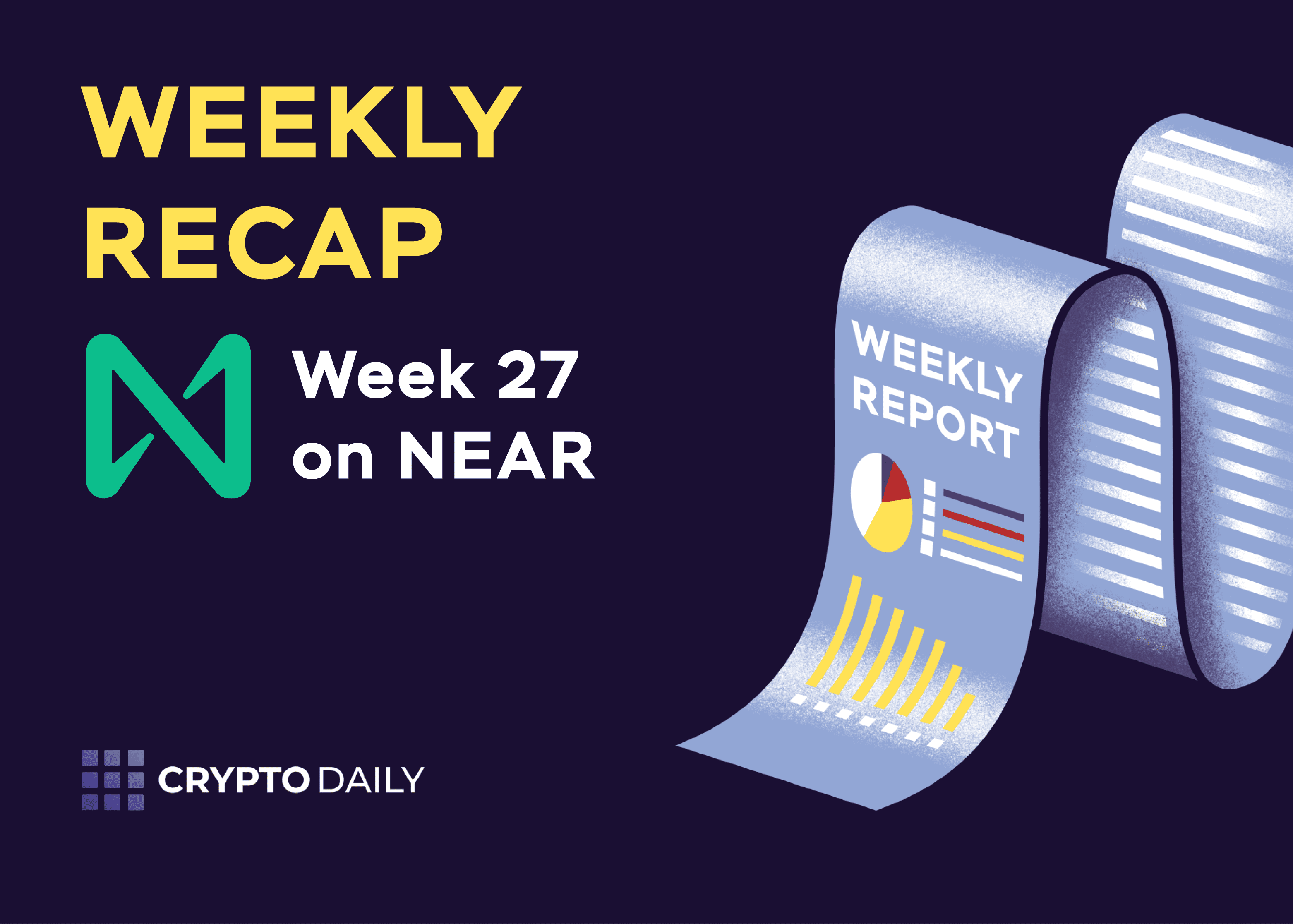 Last week, the Daily Transaction on NEAR fluctuated relatively stable. It is possible that the price in the crypto market is generally not strongly volatile, and there is no special news in the NEAR ecosystem.

The number of active accounts fluctuates around 4000 – 5000, relatively stable. This shows that investors’ confidence is shaken, but they accept to stay then.

The Daily Number of Active Contracts was almost unchanged in the week, increasing insignificantly by about 2%. Overall, it’s been a pretty peaceful week for NEAR.

Experiencing slight fluctuations, at the end of the week, the Number of New Contracts increased by more than 89%, reaching the point of 36 compared to the point of 19 in 2021-07-06.

Looking at it more broadly, over the past two weeks, NEAR has been the only one to grow among the top cryptocurrencies and other platform tokens. It also partly shows investors’ confidence in the project itself

Panorama of the ecosystem

Last week, we could see that NEAR’s Ref Finance is outperforming Dapps in other ecosystems. The number of users increased by more than 80%, far ahead of other competitors in terms of speed. This could be a positive sign for the future.

Near ecosystem on creator economy triangle

NEAR Protocol‘s CEO Erik Trautman showed how the virtuous circle of NFTs, DAOs, and Open finance “DeFi” will unlock the new creator economy. Take a brief of blog below:

NFTs are basically digital containers that can hold IP but liberated it to be owned and traded, so creators have a world of new ways to produce, distribute, remix and monetize content.

DAOs are basically like shared bank accounts for entirely digital communities, so it’s elementary for communities to act almost like official co-ops or companies and build sustainable models for themselves.

Open (“decentralized”) Finance is a whole toolkit that allows creators, communities, NFTs, DAOs, fungible tokens, and all the other pieces of the digital economy to plug into each other in ways that no one has ever done before, allowing entirely new ways of earning income for creators or benefitting from the upside of membership for community members.

The $REF token is officially live

The ref will take full advantage of NEAR’s low fees ($0.005 per swap), one- to two-second final times, and WebAssembly-based runtimes to compete even with the cost and speed of other CEX exchanges and become a powerful addition to the increasingly diverse multi-chain DeFi ecosystem.

You can read details at Ref Finance and $REF. Ref.finance is the first major DeFi… | by Ref Finance | Jul, 2021

Skyward Finance raised over 1,2 M $NEAR

The first sale of Skyward Finance was a huge success. Skyward Finance is a fully permissionless open-sourced launchpad that allows projects to launch their tokens without any liquidity with the best price discovery mechanism that’s resistant to bots and Sybil attacks.

NEAR Protocol gets Listed on KuCoin

NEAR Protocol just got listed on Kucoin Exchange

You can see the timeline history of NEAR Protocol token listed on exchange here:

NEAR Protocol x KuCoin giveaway campaign with $40,000 in the NEAR prize pool

To celebrate NEAR Protocol being listed on Kucoin, there will be $40,000 in $NEAR reward pool to giveaway for qualified KuCoin users. The campaign ended on July 16. 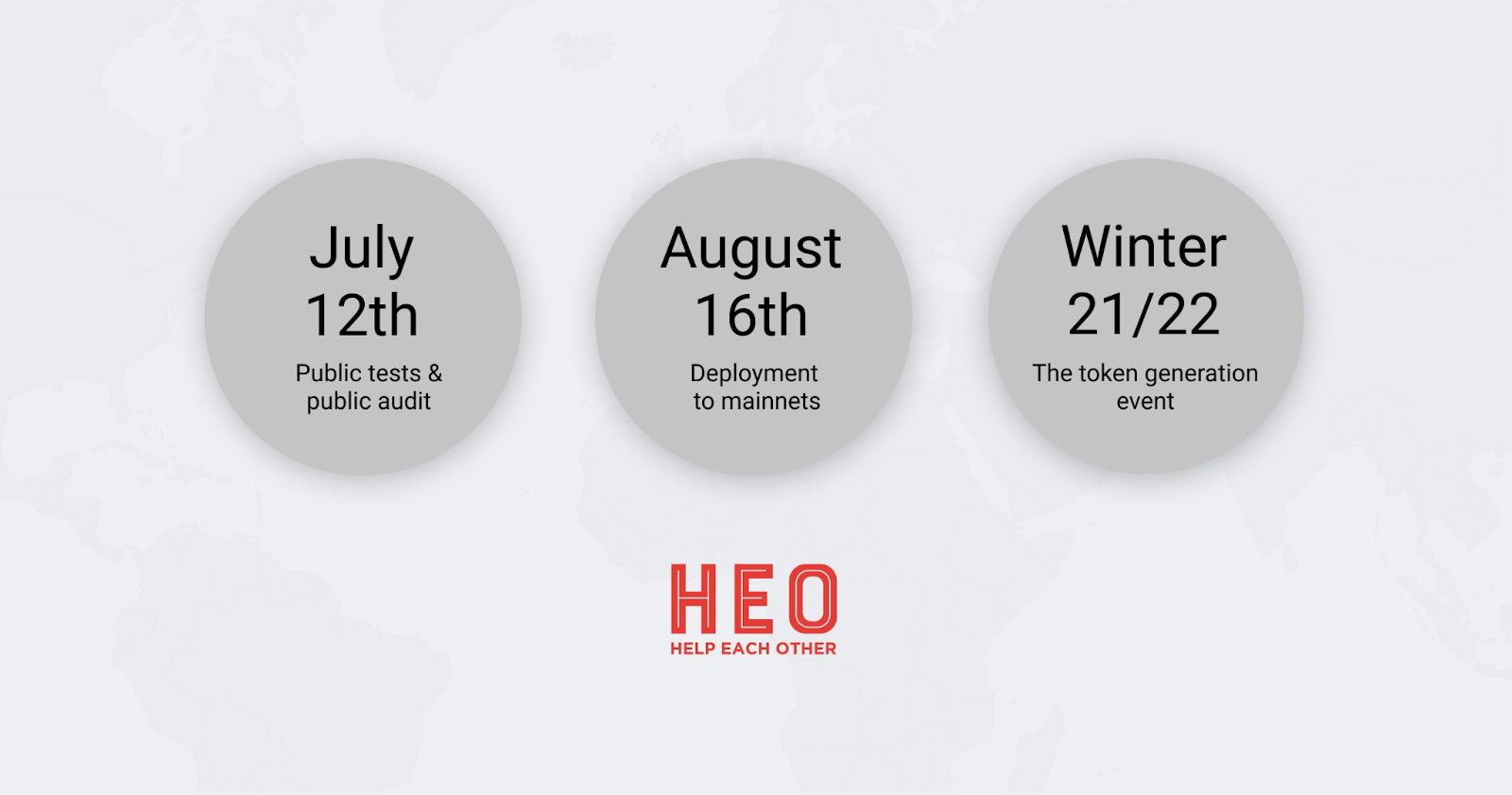 The timeline of the deployment to mainnets and of the TGE may be subject to change.

Octopus Guild is a community of developers, enthusiasts, appchains, and appchain candidates within the Octopus Network crypto networks.

Proposal to start a NEAR Wiki to capture everything from “why near,” basics about technical to community and guild structure. NEAR wiki is where a person can learn from basics about NEAR, its mission, and vision; learn strengths of the protocol and see how it compares to other potentially familiar chains; learn about ecosystem (guilds). You can read more detail Establishing NEAR Wiki – Ecosystem

NEAR AMA With Taraxa Project

Last Thursday, NEAR and Taxara organized an AMA. In this session,  CEO and CTO from Taxara chat with NEAR’s Developer Relations Director Matt Lockyer about some of the hottest topics in today’s blockchain ecosystem: Building successful Layer-1 ecosystems, Leveraging blockchain technology for non-financial applications & use cases.

Mintbase will integrate with the VR world of 3xr.space. This feature is available for all projects on NEAR Protocol & enabled by Mintbase, like DAO records music NFTs gallery below.

Textile is Building Filecoin storage bridge on NEAR testnet

This is how it works 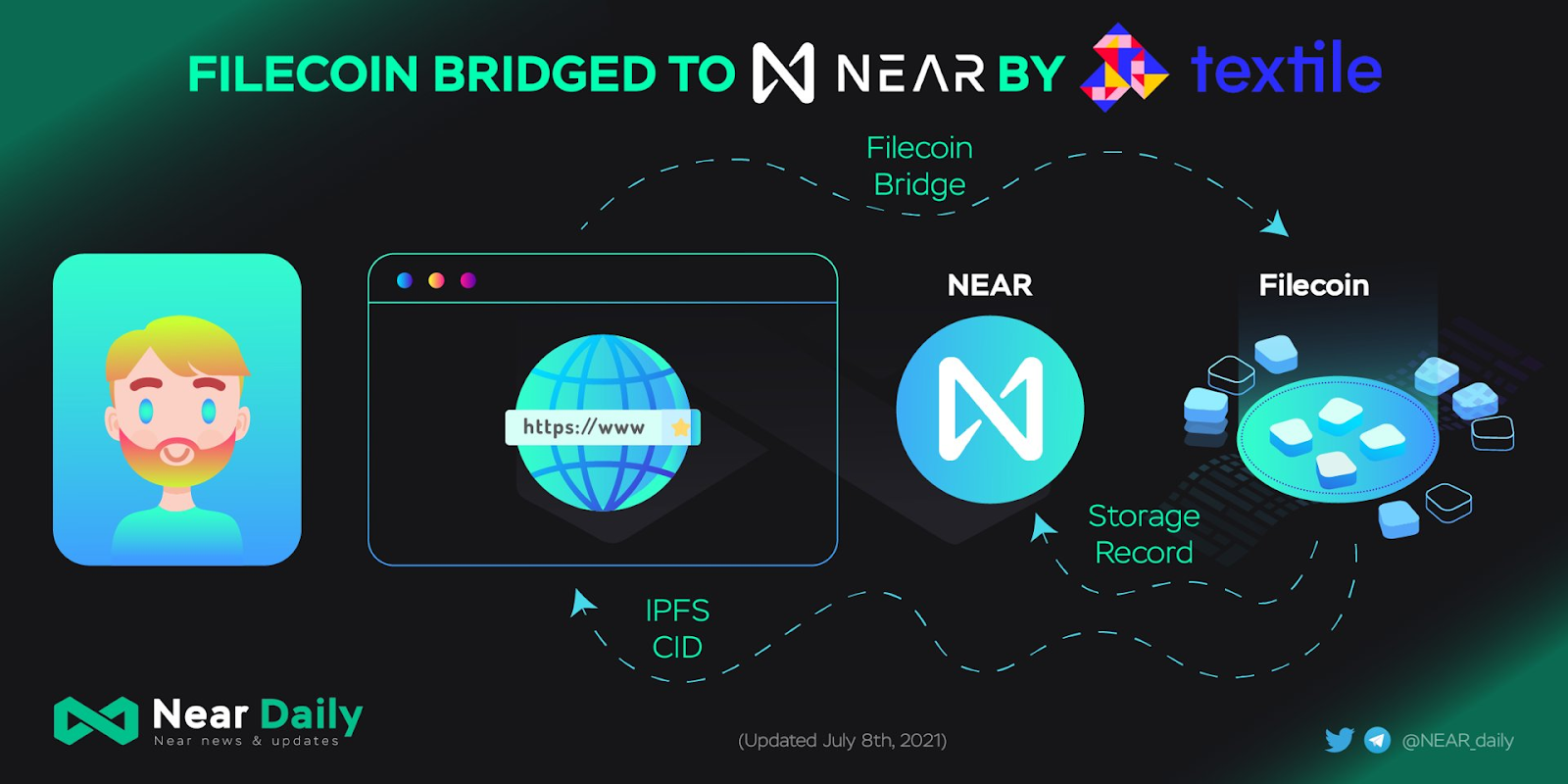